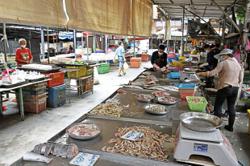 A SECTION of one of the Taman Free School flats in Penang had to be closed after a crack appeared from the roof to the ground.

Residents in eight units were evacuated to a temporary location by Penang Island City Council (MBPP) until new permanent homes could be found for them.

State housing committee chairman Jagdeep Singh Deo said consultants appointed by the council would come out with a report in two weeks before the next course of action is decided.

“The structural damage is nothing new as most of these buildings are more that 50 years old and soil movements that cause cracks happen. Part of the affected block near the market has been cordoned off at the Taman Free School flats in Penang.

“The council managed to detect the movement and acted immediately to seal off the section and relocate the residents to a new place. They will be housed in PPR units or other permanent places by MBPP.

“What we are looking at is the bigger issue of urban regeneration for all these flats including in Rifle Range flats which are very old and need to be demolished and rebuilt, ” he said.

The state, said Jagdeep, had been monitoring all these old flats to make sure they continue to be safe for occupation.

A resident of the block, who wished to be known only as Teoh, said the cracks appeared two months ago and the occupants, who were her neighbours, were told to moved out. 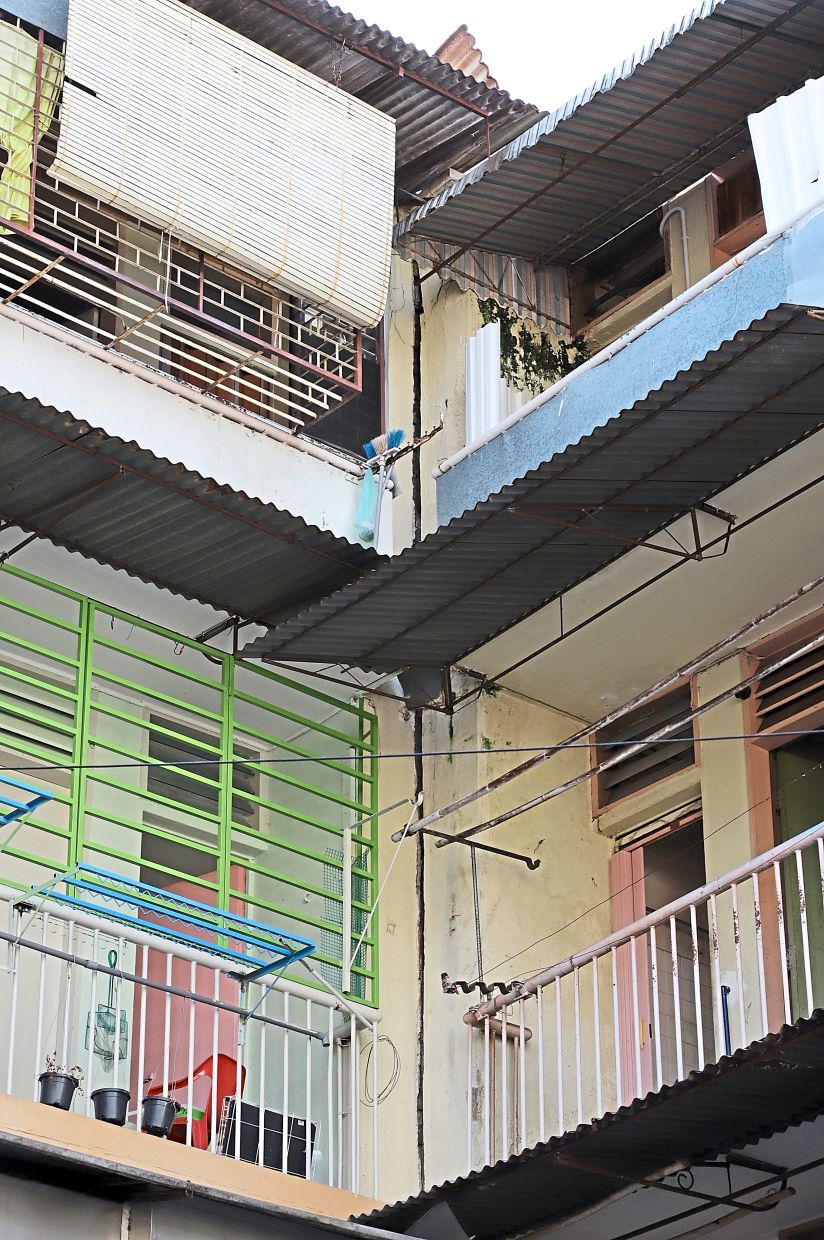 The crack runs downwards from the roofing to the ground floor at the flats.

A council notice dated July 24 on the second floor of the flats stated MBPP found that the cracks were serious and the building was no longer safe for occupation.

It said the people were advised to pack their things immediately and they would be moved to another place until the structural damage is rectified.

Taman Free School flat units are just 500sq ft in size, with one bedroom each. Built in the mid-70s, they were among the first ‘modern’ accommodations then when Penang island was full of farms and kampung houses.

In 2015, the state formed an urban regeneration committee and Taman Free School flats were identified as its pilot project. A closeup of the large crack at the particular flats.

The plan was to demolish these 1,250 units and replace them with taller residential blocks of three-bedroom, two-bathroom units of 700sq ft each.

Existing residents will be given a one-for-one replacement and extra units will be sold for lower income groups to have new homes.

Other flats in the state identified for urban regeneration include Rifle Range flats in Ayer Itam and Mahsuri flats in Bayan Baru.