THIS has been the most unforgettable year for me, so far. Bittersweet is how I am inclined to describe it.

You see, I became a “millionaire” and an “almost bankrupt” this year.

There was plenty of good fortune and bad fortune coming my way to the point that it was no longer funny.

In fact, things got so annoying that it disrupted peace in my home and caused my mother to suffer from anxiety attacks, no thanks to incessant calls we received on our landline.

This led to us installing caller ID.

If you are wondering, I am talking about scammers.

Jokes aside, I did not win the Spanish lottery and the US treasury department did not choose me to benefit from its “ongoing abandoned payment exercise” (whatever that means).

Nor was my email account chosen as a winner for an Amazon-run contest.

I was also not picked out of seven billion people to inherit a multi-million ringgit estate of a long-dead African prince.

And all those investment proposals that I received from Ireland, India, China and Dubai were lies!

The “blessings” continued to pour in on the local front too, like when my landline was adjudged winner of a whopping RM270,000 in a contest by a telco, or when I supposedly won RM300,000 from a hypermarket chain for its festive promotion, or when I got a call that my parcel of goods from overseas needed to be collected soon before it was returned to sender.

And all I had to do to become a millionaire many times over was to send my benefactors some money upfront before my fortunes were released to me.

The good luck continued to come in a steady stream of jackpot wins, more inheritance, lucky draws via emails and text messages as well as phone calls offering prize money and gifts.

And then my luck turned sour as I was suddenly on the “police” and “MACC” wanted lists.

It seemed various government agencies were after me, judging by the number of calls I received in a week, for the numerous misdeeds I had supposedly committed.

The first disconcerting call was from “MACC officers” who said I was being investigated for some illegal overseas transactions.

I was worried for a few seconds until it dawned on me that it was just another scam.

And then there was the call from a “Terengganu police station” claiming that I would be declared bankrupt in two days’ time.

Upon enquiring further, I was told that my name and personal details were used by an unscrupulous individual to apply for a RM50,000 personal loan from a bank in Terengganu in January.

As “I” had defaulted on the loan for three months, the bank wanted to initiate bankruptcy proceedings and I was told to be at the Tereng-ganu court unless I was willing to pay some money upfront to delay proceedings.

The fact that the caller was soliciting money to delay court proceedings confirmed my suspicions of a scam.

So I asked the impostor on the other end of the line to furnish me with more details on this so-called loan I took, and guess what — he quoted my full name, IC number and house address to a T!

I was livid because my personal details were with those scammers.

For the record, I was perfectly aware from the very first call that I was talking to a scammer.

I was, in fact, amused by their tenacity and audacity. But I realise that they are getting bolder day by day.

This scamming business must be stopped.

It is bad enough to hear about scams victimising retired seniors, single mothers and widows, as well as young men and women getting cheated of their life savings by those who prey on their vulnerabilities and emotions.

But to learn that scammers are armed with our personal information — that is just shocking.

In the past few months, I reported on a number of scams and it was surprising to learn that even professionals had fallen victim to investment, love and parcel scams.

These scams are constantly evolving.

Run by syndicates with unimaginable resources, they even make you doubt yourself when faced with their untruths.

I guess no one is immune to greed, love or fear, and there is no vaccine against scams that target human emotions.

The best we can do is to be alert when dealing with an unknown person on the other end of the line and above all else, trust your gut.

When in doubt, leave it well alone. 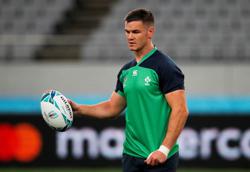