JOHOR BARU: The Johor Malaysian Nature Society (MNS) has urged the government to have speed bumps with reflective paint on roads near forests and areas where wildlife roam.

“Animals like tapir have been seen on some roads near their habitat and it is best to drive with care along such stretches,” he said.

“There are signage placed at such places like at Mersing, Kota Tinggi and Kluang roads, warning motorists to be careful and watch out for wild animals crossing.

“However, some do not take this seriously and drive fast, endangering not only the stray animals but themselves as well,” he said here.

Chow said tapirs moved from one location to another in search of wetlands and swampy areas, to cool off.

“Tapirs are very clumsy animals while elephants move slowly. Fast vehicles may not be able to stop suddenly to avoid them on the road,

“Conduct a study to identify roads in Johor with a high number of animals crossing to put speed bumps with reflective paint,” he added.

He said the 350kg tapir was believed to have wandered off to the road from its habitat in the Kluang Forest Reserve.

“We believe it must have been hit by a vehicle. The road where the carcass was found is very dark at night and in the wee hours of the morning.

“This could have led to the accident,” he said.

Salman said this was the seventh tapir found dead in Johor this year. 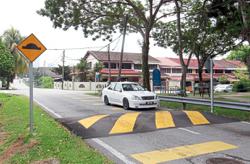 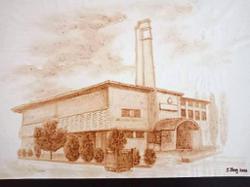