RESIDENTS of Taman Bukit Belimbing in Seri Kembangan, Selangor are asking the local authority to address the myriad problems in their housing area.

Potholes, illegal roadside stalls, noise pollution from lorries passing through the adjacent Jalan Belimbing and a basketball court that is in disrepair are among matters that need urgent attention. 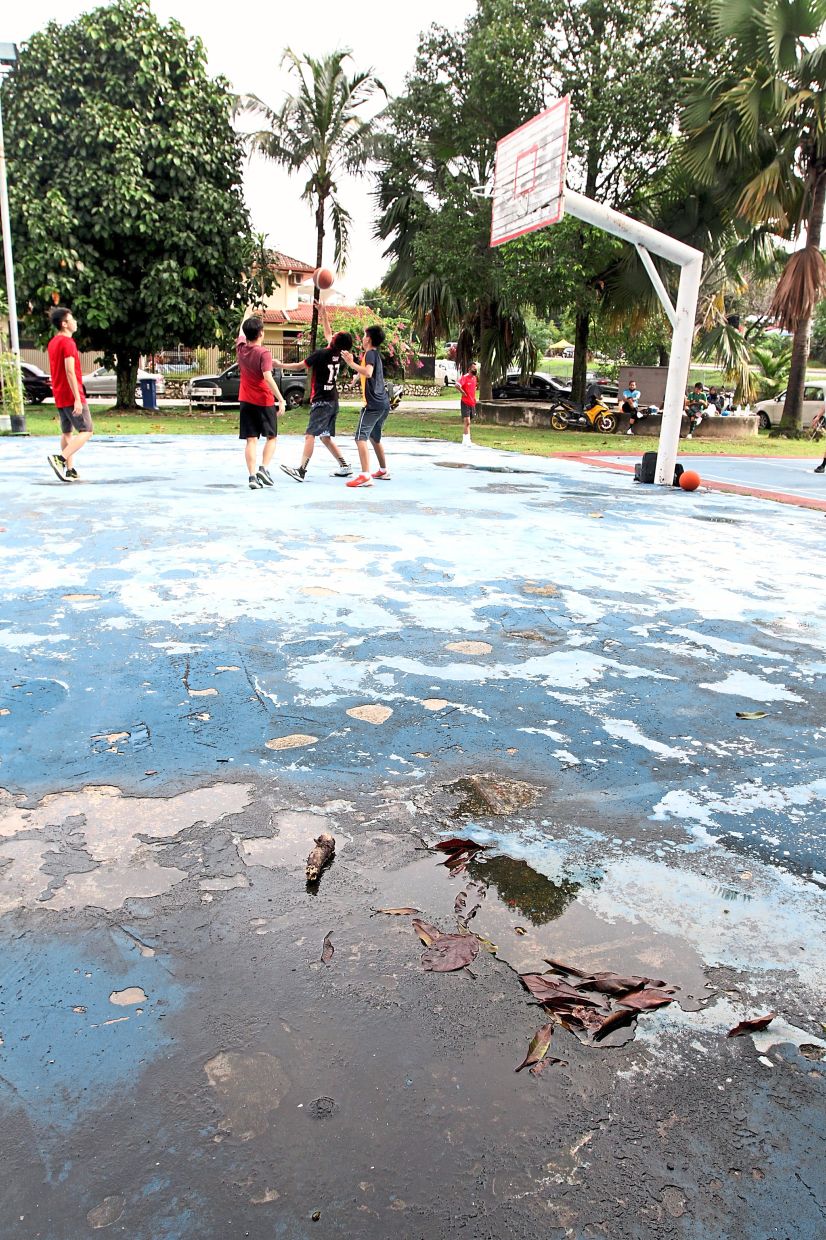 This basketball court in Taman Bukit Belimbing has seen better days and is in dire need of work.

Taman Bukit Belimbing Residents Association deputy chairman Vincent Raj said the basketball court had been upgraded by Kajang Municipal Council (MPKj) in 2017 and 2018, but had deteriorated over time.

The previous upgrades included the painting of the court, a no-entry sign for vehicles and addition of a children’s playground.

“The lines on the basketball court have now faded and the basket nets are broken, which means we cannot hold proper tournaments here.

“The lights around the court have also malfunctioned, making it unsafe for people to play here at night, ” he said, and urged MPKj to repair the court soon.

“We want to encourage young people to spend time playing sports here, and avoid getting involved in unhealthy activities elsewhere, ” he added.

Vincent also requested the local council to erect noise barriers along the perimeter of the neighbourhood facing Jalan Belimbing.

“This is because many huge lorries use the road during weekdays, while some are parked along the road with the noisy sound of their idling engine.

“The noises from these heavy vehicles are a cause of discomfort among residents, ” he said.

Residents are also concerned over the presence of roadside stalls in the area, some of which, according to Raj, are operated by foreigners.

“Some of these stalls put their cooking gas cylinders on the roadside. If a traffic accident occurs, there may be a risk of explosion.

“We lodged reports at MPKj last year and the authority issued warnings to the stalls, but the hawkers resumed operation after two weeks.

“The authority should take follow-up action to ensure the issue does not recur, ” he said.

Raj urged MPKj to repair the potholes on the roads in the neighbourhood too. “Taman Bukit Belimbing is a hilly area, so water flows to the lower area thus causing the potholes.

“MPKj will resurface the roads on a regular basis, ” he said.

On the poor condition of the basketball court, the assemblyman said the matter would be brought up via the proper procedures.

“Although the court floor needs resurfacing, other facilities there are still intact.

“The repair work will be done, but it needs time, ” he said.

Ean Yong said the council would take action against foreigners operating stalls in the area.

“The council will check and repair any damaged facilities, ” he said. 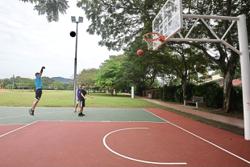