THE once debt-ridden non-profit NSCMH Medical Centre in Seremban, Negri Sembilan is on track to becoming a sustainable venture after it registered RM42.6mil in revenue over a six-month period.

NSCMH president Datuk Lee Tian Hock said the amount was higher than the targeted revenue of RM37.5mil from July 1 to Dec 31, 2019.

“The revenue we achieved is 13.55% higher than our prorated target.

The AGM was supposed to be held in June but was deferred due to the Covid-19 pandemic.

“The hospital recorded a nett profit after depreciation of RM1.41mil during the six-month period, which was 3% higher than the RM1.37mil registered during the same period ending Dec 31, 2018,” he said.

The reported earnings were a boon for NSCMH, which was mired in debt and on the brink of closure just six years ago.

Property developer and philanthropist Lee had then stepped in to help the charitable organisation and, together with his team, managed to turn things around.

“The profits show that we are very much on track to achieve our main objective which is to provide equal, if not better services than before and to continue helping the underprivileged,” he said.

NSCMH was established in 1932 as the Negri Sembilan Chinese Maternity Hospital by Chinese businessmen and philanthropists.

The performance is even more remarkable considering NSCMH had taken over 11 dialysis branches from the Mawar Medical Centre, upgraded its facilities and is subsidising the treatment of 576 dialysis patients at a monthly cost of RM250,000.

NSCMH had also pumped in RM1.28mil to upgrade its infrastructure and medical equipment.

Plans are underway to renovate an existing hospital block to accommodate more beds.

“We plan to increase the number of beds at the hospital from 62 to 82 and to add a five-bedded daycare unit.

“We are certain that with this addition, we will be able to bring in more than RM100mil in revenue and will have adequate surplus to plough back into NSCMH, including our welfare fund,” said Lee.Since the start of the movement control order (MCO) in March, frontliners and administrative staff have received a special Covid-19 allowance, which will continue until the end of the recovery MCO.

It has 18 resident and 27 visiting consultants across a wide range of medical disciplines. 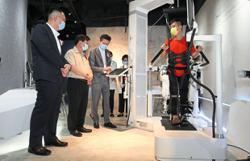 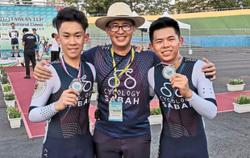