JOHOR BARU: An increasing number of home bakers are opting to make their own mooncakes as a more economical and personalised way of celebrating the Mid-Autumn Festival.

Administration clerk Sandra Lai, 38, said she started making mooncakes at home this year and it has helped her save more than half the cost of purchasing commercially-made ones.

“Besides the cost factor, I have always wanted to try my hand at making them myself and I enjoy the process from start to finish.

“I also prefer making my own mooncakes as I can control the fillings and sweetness level to suit my elderly parents’ health condition and my family’s taste buds, ” she said.

Housewife Lilian Tan, 42, said she prefers to make mooncakes at home as she could customise the packaging to make attractive gifts for her family and friends.

The mother-of-one said she took about four years to perfect her traditional mooncakes that were shaped like animals, reminiscent of her childhood days.

“It takes me about two hours to make 20 pieces of the animal-shaped mooncakes. 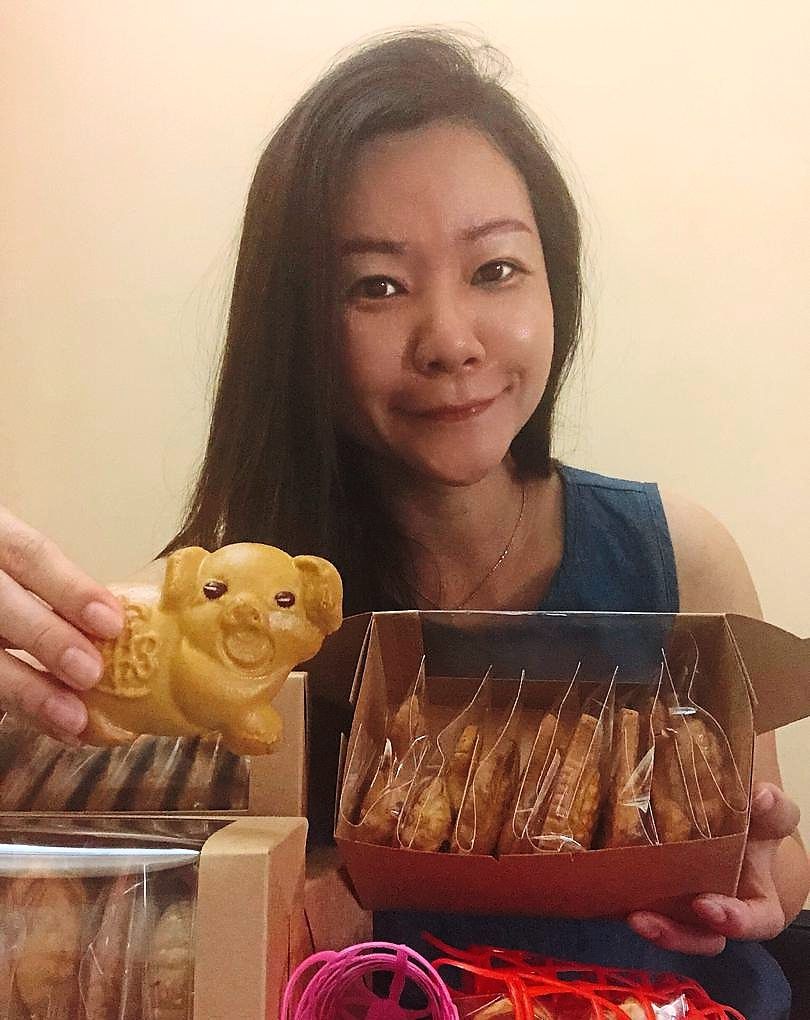 Tan says she prefers making her own traditional mooncakes at home as personalised gifts for family and friends.

“The challenge is making sure that the dough is well mixed so that it can come out of the mould without breaking up or losing its shape.

“I tried many different recipes and techniques from cookbooks and the Internet, and improved it along the way with the help of feedback from family and friends.

“I have been making my own mooncakes in recent years as I can make them more personalised compared to those sold at shops which are commercialised and more expensive, ” she said.

A baking supplies shopowner, who only wanted to be known as Lee, said he noticed many new faces at his outlet in Taman Ungku Tun Aminah in Skudai here buying ingredients for mooncakes such as ready-made fillings, plastic moulds, boxes and plastic trays.

He said customers mostly bought mooncake ingredients to make for their own consumption and not for sale like in previous years.

“I think the baking supplies business is one of the few sectors that benefitted from the movement control order (MCO), as I saw an overall increase in business of about 30% since travel restrictions started in March.

“Since then, more people have turned into home bakers to sell their products online, including those who returned to Johor after losing their jobs in Singapore due to the pandemic, ” he noted.

Meanwhile, at a baking supplies shop in Taman Johor Jaya, a sales representative who identified herself only as Heidi, said sales at the 15-year-old outlet had dropped by 50% compared to last year due to the travel restrictions between Malaysia and Singapore.

“Our customers who sold homemade mooncakes say that they are mostly making them for close relatives and friends this year.

“They told us that their regular customers, who used to order their homemade mooncakes, were working in Singapore and were still unable to return because of border restrictions.

“Besides that, the MCO also led to the mushrooming of home bakers, which created more competition among those selling their products online, ” she said.