Public urged to be on the lookout for pollution

The Air Selangor River Care programme at Kampung Gombak in Rawang has given residents a chance to air their grievances on the state of Sungai Kuang, which runs through the village.

In the midst of an activity-filled programme which saw a children’s colouring competition, a ketupat weaving challenge and an upcycling contest using plastic water bottles, residents revealed that

in contrast to its current muddy brown state, the river water once ran clear.

Residents Rizal Kamis, 44, and Saiful Rashid, 39, remember bathing in the river in their primary school years.

“Back in the 1980s, everyone came here to draw water for their homes.

“We had piped water but people still preferred coming to the river.

“The water was fresh and cool and you could see little fishes swimming about, ” said Rizal.

But things started to change as the padi fields surrounding the village began to make way for houses.

“The water quality began to change when the quarries, sand mines and factories started their activities upstream in 1998.

“Housing developments were also coming up along the river and with it, rubbish and sullage, ” said Saiful.

Some villagers, who were unhappy with the situation, tried contacting the authorities in the hope that they could rectify the situation, recalled another resident, Abdul Majid Yaacob, 58.

But action was slow to come and as the complainants themselves had other commitments, there was little follow-up.

“Disheartened by the deteriorating state of the water quality and constant presence of rubbish, villagers began to treat the river like a drain.

“Passing motorcyclists would chuck their rubbish into the river.

“Eventually, villagers too thought nothing of tossing in used diapers and cigarette butts, ” said Abdul Majid.

Kampung Gombak village head Rozaidi Mohd Yusof said he had made no less than 10 complaints from 2016 on varying issues, including pollution and bund repairs, to the penghulu, Gombak Land and District Office, Drainage and Irrigation Department, Selangor Water Management Authority and Air Selangor.

“More often than not, I’d be told that a particular issue was not under the department’s jurisdiction and be referred to another department, ” said Rozaidi.

For the sake of public security, as water from Sungai Kuang eventually flowed into Sungai Selangor, where Air Selangor’s water treatment plants were located, Rozaidi felt strongly there should be better teamwork between government agencies.

“There should be an action committee to look into all complaints regarding rivers, ” he said.

Resident Mohamd Zaki Mustapha, 65, said he could not understand why authorities had been slow to act against upstream pollution, which had affected the quality of water in Sungai Kuang so drastically.

“Sources of pollution can be traced just by following the river.

“If there is an illegal drain pipe or chemical discharge, these will all lead to the polluters.

“It makes me wonder why they have yet to be stopped, ” queried Mohamad Zaki, who yearned for the day when Sungai Kuang could be restored to its original state.

Before joining the villagers in a gotong-royong session at the launch of the river care programme, Air Selangor chief executive officer Suhaimi Kamaralzaman said with water pollution being a hot issue in the Klang Valley now, the public was urged to take full advantage of the situation.

“If you find that your drains have become smelly, then as an ordinary citizen, you can call the local authority.

“But if you call Air Selangor on our hotline, we will not tell you that’s not our job.

“We will take your complaint and channel it because we have a good working relationship with all the agencies, ” he added.

Suhaimi also stressed that while the public had a critical role to play, the polluters must come to the realisation that they must stop their activities.

“If they continue to pollute, then I ask the ordinary citizen to be our eyes and ears to report these polluters, ” said Suhaimi.

The programme, which took place under a tent pitched up beside Sungai Kuang, received encouraging response with 150 Kampung Gombak residents and 50 Air Selangor employees from its headquarters and Hulu Selangor regional office taking part. 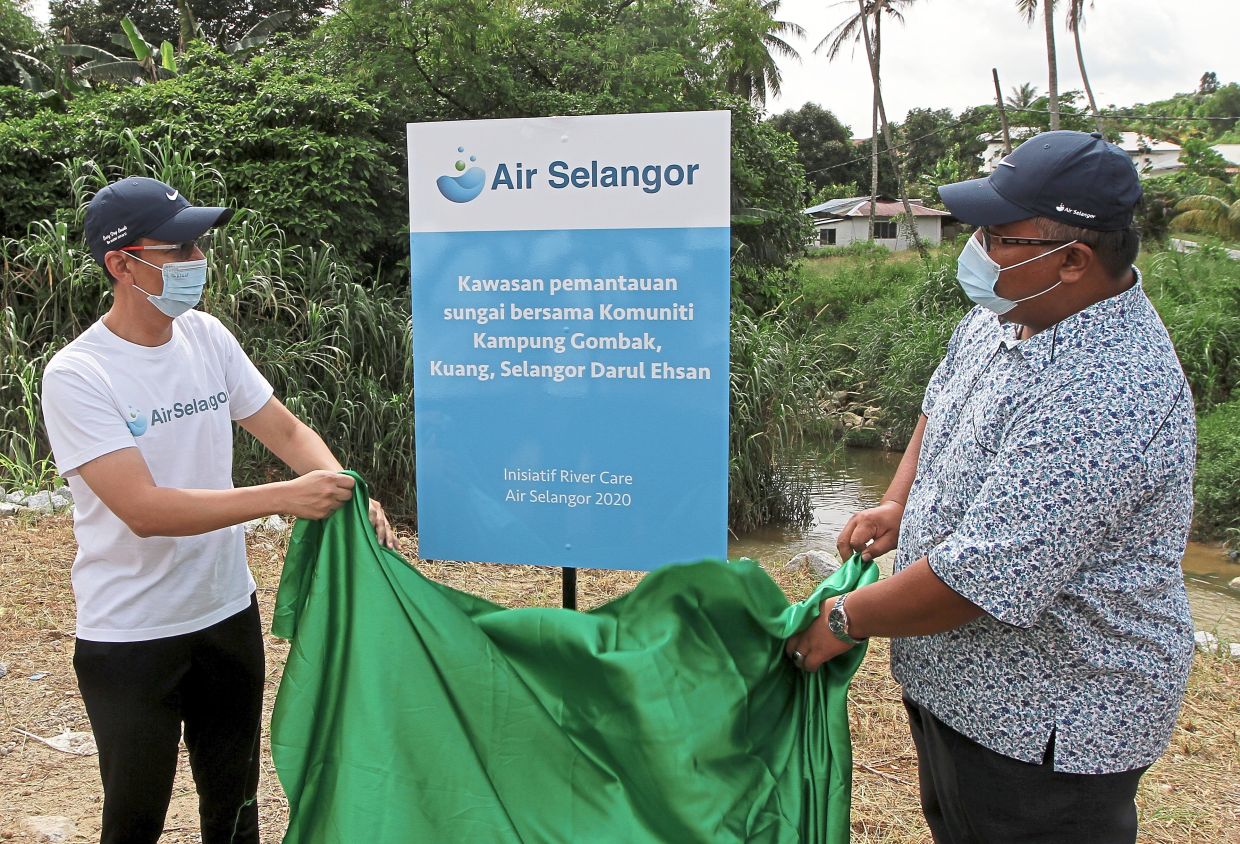 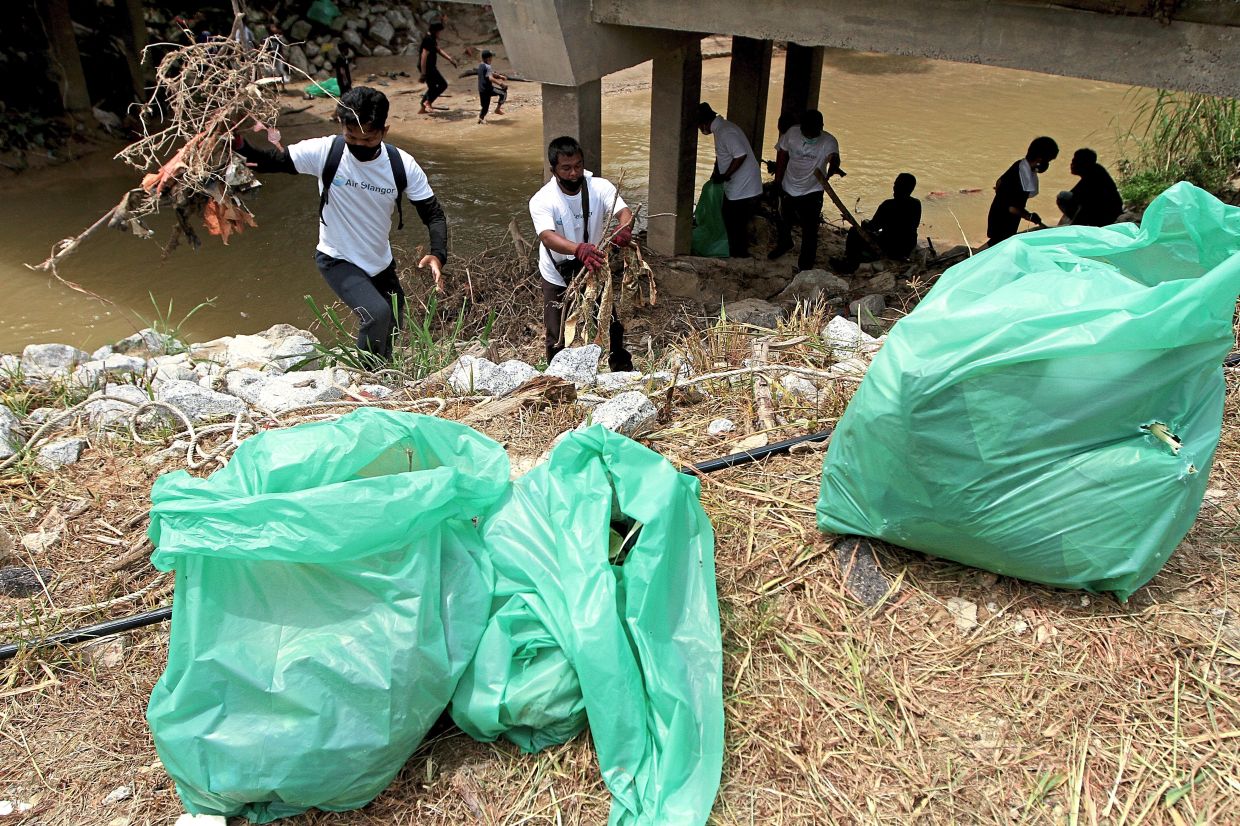 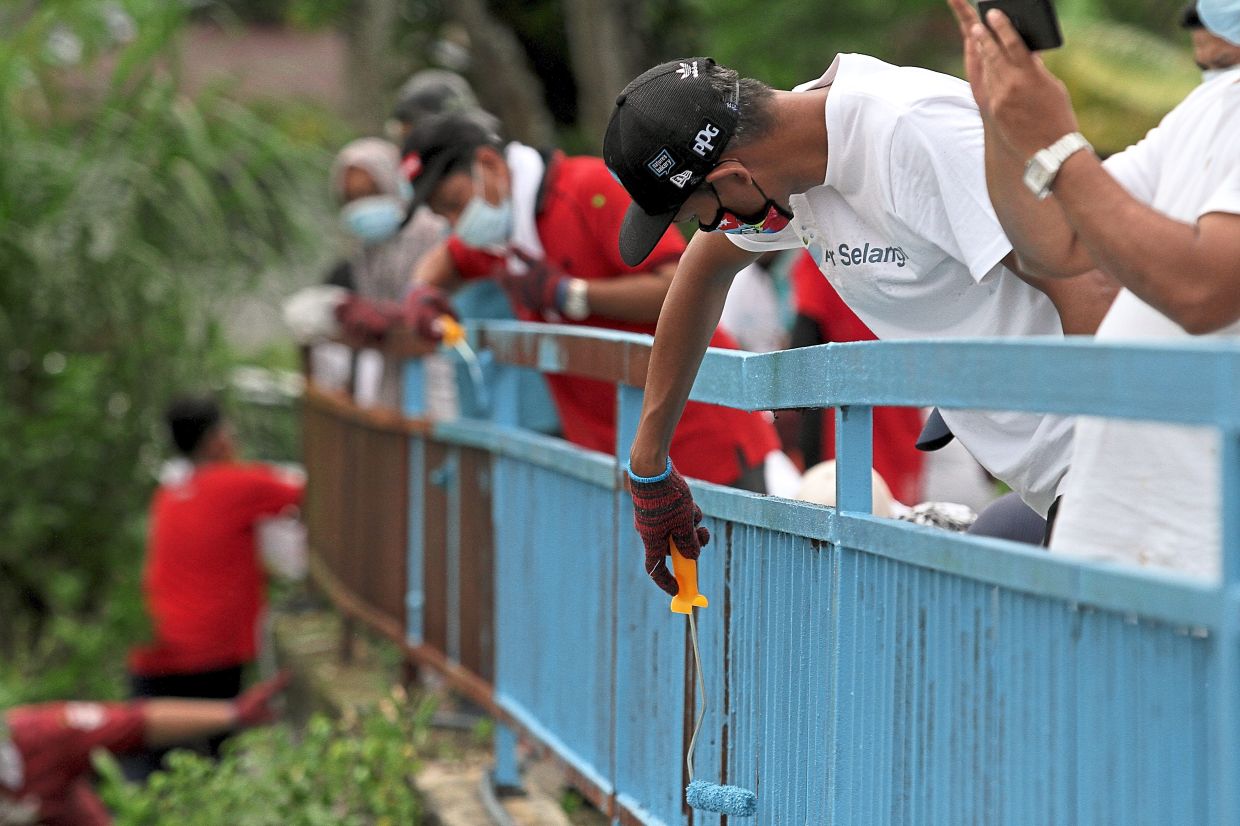 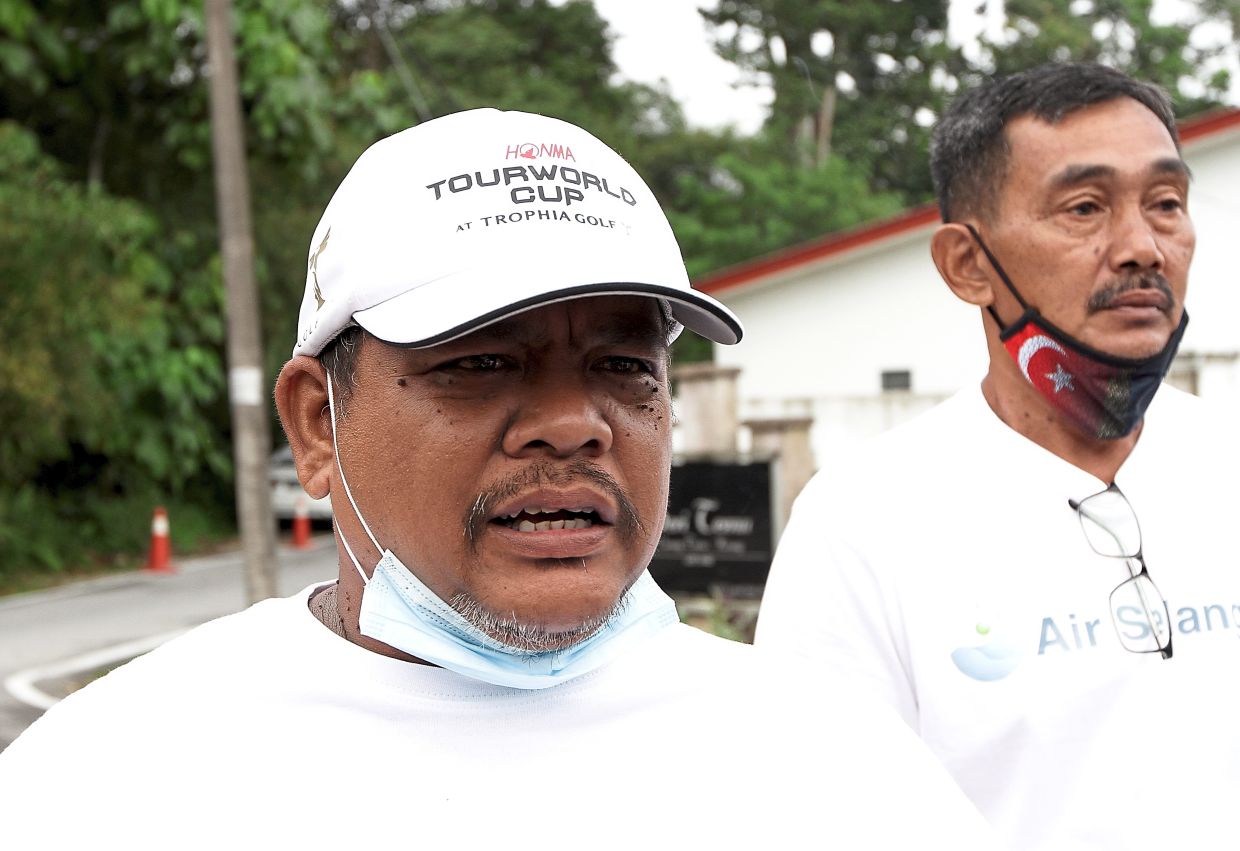 Kampung Gombak residents and Air Selangor staff clearing away rubbish by the banks of Sungai Kuang.

Kampung Gombak residents and Air Selangor volunteers painting the railing of a bridge over Sungai Kuang for World Rivers Day.

Rizal recalls bathing in the river in his primary schooling years.