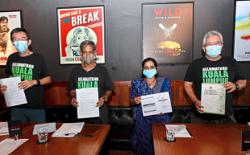 THE third amendment to Kuala Lumpur City Plan (KLCP) 2020 will include the last proposed changes to the gazetted plan.

A spokesperson from Kuala Lumpur City Hall (DBKL) said public display for the third amendment of KLCP2020 had ended.

“Hearing sessions will start on Oct 5 in front of the public hearing committee appointed by the Kuala Lumpur mayor as stated in Section 7 of the Federal Territories (Planning) Act 1982, ” he said.

The third amendment, which proposed 33 changes to land use, plot ratio and population density had been opposed by many stakeholders, including residents and non-governmental organisations.

Compared to the third amendment, the first and second amendments only had three and six changes, respectively.

Stakeholders’ objections were mostly related to the amendments’ impact on traffic congestion and population density with the conversion of institutional land and green lungs for development projects.

To date, DBKL had received 2,243 submissions from the public for the third amendment of the KLCP2020 from July 27 to Aug 25 during public viewing of the document.

Urban planning pressure group Selamatkan Kuala Lumpur chairman Datuk M. Ali, who had been vocal about the proposed changes, said DBKL had confirmed receiving their objection and they would be called to attend the hearing next month.

“We stand by the fact that KLCP2020 is flawed. We hope that the government can do justice to residents in the Kuala Lumpur Structure Plan 2040, ” he said.