Nor Hisham (right) accompanied by Cheong during a walkabout at Central Market in Kuala Lumpur.

This is after the traders reported that their income had been hit due to poor sales as fewer tourists were visiting the popular tourist spot in light of the Covid-19 pandemic.

The traders said they were struggling to pay monthly rental to the complex management, amounting to between RM1,000 and RM2,000.

Mayor Datuk Nor Hisham Ahmad Dahlan said the meeting would be held to shed light on the assistance that could be given to the traders.

“Perhaps they were unaware of what Penjana offers.

“Hopefully, it will help alleviate their burden,” he said, adding that DBKL would also look into waiving the annual licence fee for one year, amounting to some RM200.

The mayor said a discussion with the complex management would be held to discuss the rental issue.

“We want to look into what can be done on DBKL’s part to help.

“This is because the venue falls under a separate management, not DBKL” he said after a town hall meeting at the complex yesterday to discuss the matter with some 30 affected traders.

Responding to complaints over a shortage of public toilets in Central Market, Nor Hisham said DBKL would send 10 mobile toilets to be placed at suitable locations around the building this week.

“We urge the public to use the facilities responsibly and refrain from vandalism, while also taking care of cleanliness,” he said.

The mayor added that DBKL would also look into suggestions raised during the meeting for more cultural events to be held there to improve business and draw local tourists.

“However, these events must comply with the standard operating procedure issued by the Health Ministry,” he said.

Nor Hisham also reminded traders that foreign workers were prohibited from doing business at Central Market.

The 132-year-old tourist attraction was closed for three months until Aug 31 to allow for upgrading works.

At present, there are 270 traders inside the building, 47 at kiosks at the adjacent Kasturi Walk and 10 street artists at the Art Lane.

On the renaming of Jalan Raja Laut 1 to Jalan Palestin in Kuala Lumpur, the mayor said this was done to recognise the plight of the Palestinians.

“The renaming was first mooted during the Majlis Himpunan Quds Sedunia that was held at Dataran DBKL from May 26 to 31 last year.

“The Federal Territories Ministry had then directed DBKL to have one road in the city named after Palestine,” said Norhisham. 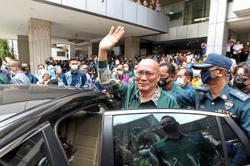 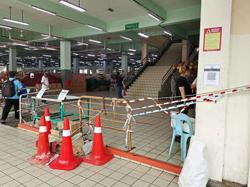