JOHOR BARU: Sabahans living in Johor want to return to their home state to vote in the state elections, even if it meant forking out money during the current bad economic climate caused by the Covid-19 pandemic.

Among them is marketing manager Criz Cheu, 27, who had to take a pay cut.

He planned to spend about RM400 on his flight tickets.

“The moment I heard about the elections, I decided to return home to cast my vote.

“This is important to me.

“I waited a few weeks to buy my flight tickets, just in case there are changes to the balloting date,” he said, adding that he would fly today.

Cheu, from Lahad Datu, said while he was concerned about the increasing number of Covid-19 cases in the area, it did not deter him from exercising his democratic right.

Polling day has been set for tomorrow.

A total of 447 candidates will contest for 73 seats across Sabah.

School teacher Armadi Derus, 35, who also planned to vote, will cast his vote in his hometown of Tawau, where increasing number of new Covid-19 cases and clusters have been reported.

“I must admit that I am worried, but it is my responsibility to vote,” he said.

Armadi, who spent about RM700 on his flight tickets, said he would fly to Sabah today and return on Sunday.

“I will take the necessary precautions to stay safe and adhere to the standard operating procedures (SOP) such as wearing face mask and maintaining physical distance from others.

“In fact, I plan to put on the full personal protective equipment when I go to vote,” he said.

Engineer Masuyana Tabak, 25, from Sandakan, is undecided about going back to vote.

“I have to take two flights if I go back,” she said, adding that she was a registered voter for the Libaran state seat.

Masuyana, who has been working in Senai for almost two years, said if she went back to vote, it would be her second time voting in an election.

“The first was when I went back to vote during GE14,” she added. 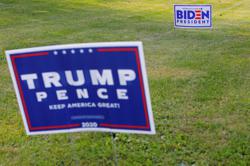 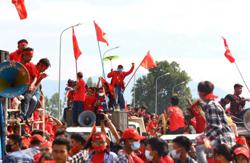 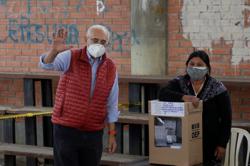