Lorong Tingkat is currently a single carriageway, with shoplots, walk-up flats and several houses along the street.

LORONG Tingkat, a street off Jalan Tengku Kelana in Klang’s Little India, is choked with traffic during peak hours.

To improve traffic flow at one of the busiest commercial hubs in the royal town, the road will be turned into a one-way street.

“Our department plans to turn Lorong Tingkat into a one-way street to make it safer for motorists and pedestrians. We need to do this as the volume of vehicles is growing, ” he said.

Lorong Tingkat is a single carriageway. Along it are a row of shoplots, walk-up flats and several houses at the end of it have been converted into limited commercial businesses.

After Zamri visited Little India to observe traffic conditions there, he told StarMetro that he would bring the matter to the infrastructure sub-committee meeting to endorse the plan.

“Motorists who want to exit to Jalan Tengku Kelana would have to turn right as they approach the row of flower stalls, ” he added.

On the issue of motorists turning left against traffic flow from Jalan Tengku Kelana into Lorong Tingkat (the 60m stretch along the flower shop), he said the council would get help from the police.

“Many drivers go the wrong way down the one-way street, ” Zamri added.

Shopper Kamalanathan Arumugam, 23, who welcomed the one-way street proposal for Lorong Tingkat said on weekends, the congestion was at its worst as people double-parked reducing the road to a single lane.

Haridaz Kuppan, 32, said MPK’s one-way street plan must be sped up as the traffic was in a mess.

“Other then turning Lorong Tingkat into one-way, the council must have road lines painted and instal reflective road strips to guide motorists at night, ” he said. 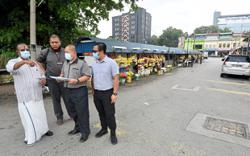 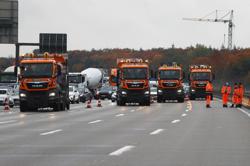