UNLICENSED factories located near rivers in Klang district with the potential to cause pollution will not be allowed to operate.

Selangor executive councillor in charge of local government, public transportation and new village development, Ng Sze Han said unlicensed factories that posed a high risk of causing pollution, due to the nature of their business, must move.

“Even licensed operations which may directly or indirectly pollute the state’s water bodies with harmful effluence that can put the public at risk, must be reconsidered.

“We need to relook at licensed operations that process raw sewage near rivers or water bodies,” he said to the media after meeting factory owners at Klang Municipal Council’s (MPK) Dewan Hamzah on having their operations licensed.

He disclosed that more than 700 unlicensed factories in the Klang district were at risk of being shut down by authorities if owners failed to legalise them before Dec 31.

“Klang has 1,127 unlicensed factories and only 395 are legalised.

“A total of 732 have not submitted documents to the district land office for land conversion from agriculture to industrial.

“Others have not even submitted building plans to legalise the building structures,” he added.

Ng said the campaign to legalise unlicensed factories was supposed to have ended on Sept 30 but the state government decided on a three-month extension.

“The Selangor government is strict about its Dec 31 deadline.

“It is the final opportunity for unlicensed factories to legalise their operations,” he warned.

Ng told factory owners that the government’s steps were in line with the National Land Code 1965.

MPK Town Planning director Zailani Panot, who briefed factory owners on application steps to get their buildings approved, said the state’s programmes to legalise illegal factories had been around since 2005.

“Only 395 have been legalised in Klang in recent months,” he said.

He noted that many owners waited till the last minute before taking action.

“The state has decided not to have anymore extensions as people are not making the effort to legalise their business operations no matter how much time is given,” he said.

Ng said Selangor government was offering incentives such as discounts on land premiums for land conversions and this offer must be accepted.

“Should the land status conversion premiums be too high for some, the government is offering a nominal payment of only 10% but a caveat will be placed on the land,” he explained.

He said the owners of illegal factories must see the bigger picture as the programme was for everyone’s benefit.

“Owners of factories who convert their land and get approval for their buildings can easily develop their businesses.

“For the government, there will be more revenue and it will be good for the economy.

“It will also be easier for the authorities to supervise factories that pollute our waterways,” he added.

Ng said the highest concentration of illegal factories was in the Klang district as it was near the port, making it easy for companies to move raw materials and finished products.

MPK president Dr Ahmad Fadzli Ahmad Tajuddin said the council would organise a one-stop consultation centre to guide factory owners on how to legalise their land or buildings. 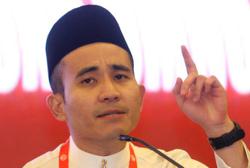