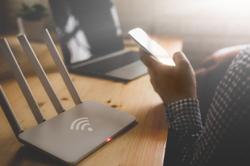 He said the project, which was expected to cost about RM80mil, would include amenities such as roads and electricity supply.

“Initially we plan to develop 297 houses in this village extension scheme, which will have first-class amenities.

“The costs of the amenities will be borne by the state government and will not be included in the house prices, ” he said when handing over compensation to landowners here.

Abang Johari said priority for the houses would be given to villagers from Kampung Segedup and Sungai Maong.

“We want to enable people to own homes at affordable prices. This is part of our planning to provide affordable housing in Kuching.

“With the village extension scheme, Kampung Segedup and Sungai Maong will be developed into a properly planned housing area, ” he said.

He later handed over cheques totalling RM25.7mil to 28 recipients for the village extension scheme.

The land acquired for the project covers 33.02ha, comprising 31.92ha of private land and 1.1ha of native customary rights land.

Meanwhile, the Land and Survey Department’s Kuching superintendent Alfian Bawi said the Kampung Segedup village extension scheme was one of 152 projects involving land acquisition in Kuching division from 2017 to 2020.

He said the acquisition involved 650 lots in total, with RM283mil in compensation paid.

“For this year, 57 projects are being implemented to date and 22 have been completed, ” he said.