Financial woes of JB’s urban poor made worse since MCO

Widow Becheck Bedu is currently depending on a RM200 monthly allowance given by her 30-year-old daughter residing in Perak.

The 72-year-old said her RM300 monthly financial assistance by Johor Islamic Religious Council (MAIJ) for one of the eight asnaf (eligible recipients under the poor category) had stopped after 10 years.

“I have applied for the monthly financial assistance from state Welfare Department (JKM) in March and hopefully, it will be approved soon,’’ said Becheck.

She said from the RM200 given by her daughter, RM124 was used to pay rent on her People’s Housing Project (PPR) flat at Sri Stulang near here.

The mother of four said her 36-year-old son worked as a helper at a food stall and was the family’s sole breadwinner.

“However, the owner of the stall had ceased operations as business was bad since the start of the movement control order (MCO) in March,’’ said Becheck, adding that her son had been looking for jobs but was unsuccessful.

Her two other children had passed away.

Octogenarian Seow Hui Nging said he had to be careful when spending the RM300 monthly financial assistance from JKM as he had no other source of income.

The 81-year-old, who never married, said RM130 would go to the monthly rent on his Larkin flat and RM10 for utilities.

“I’m grateful for the money I’ve received for the past 16 years and at this age, I don’t need so much money,’’ said Seow.

He said once in a while, he would treat himself to roti canai and teh tarik at the stall on the ground floor of the flat.

Housewife A. Parimala, 52, has been looking for a job as a cleaner since the government eased restrictions under the conditional MCO on May 4.

The mother of three daughters aged 17, 19 and 21, said it was difficult to get a job as many companies were not hiring because of economic uncertainty.

“My husband, who works at a recycling company in Singapore on contract basis, had his services terminated in April as the company closed down,’’ she said.

“Our savings are depleting and we have to be careful with our monthly spending as our youngest daughter is still in school,” said Parimala.

She hoped to find a company or business kind enough to hire her as a cleaner or her husband as a labourer or security guard.

Single mother Hamidah Jama, 64, was worried that she and her son might have to vacate her flat at PPR Desa Mutiara.

“With rental at RM124 a month, we have nine months in outstanding arrears totalling RM1,116,” she said.

Hamidah said she could not depend on her four other children for financial assistance as they had their own families except for her 26-year-old youngest son.

She was fortunate as he recently got a job at one of the seaports in Johor, adding that they would discuss settling the rental in instalments.

“I applied for monthly financial assistance from JKM about two years ago but there has been no news until now,’’ said Hamidah. 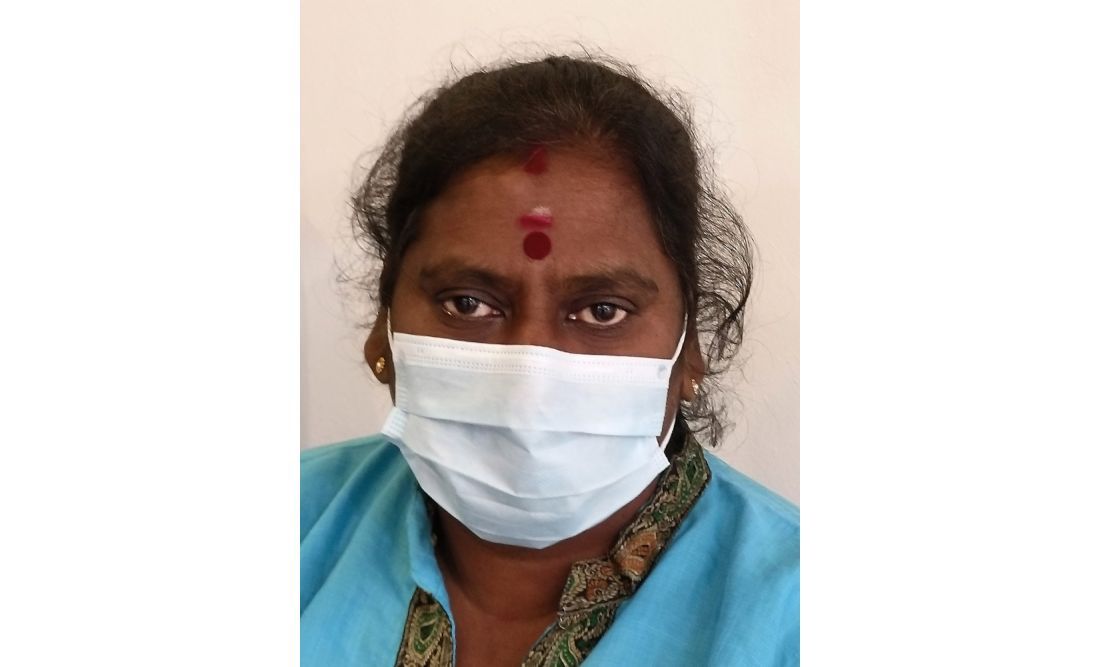 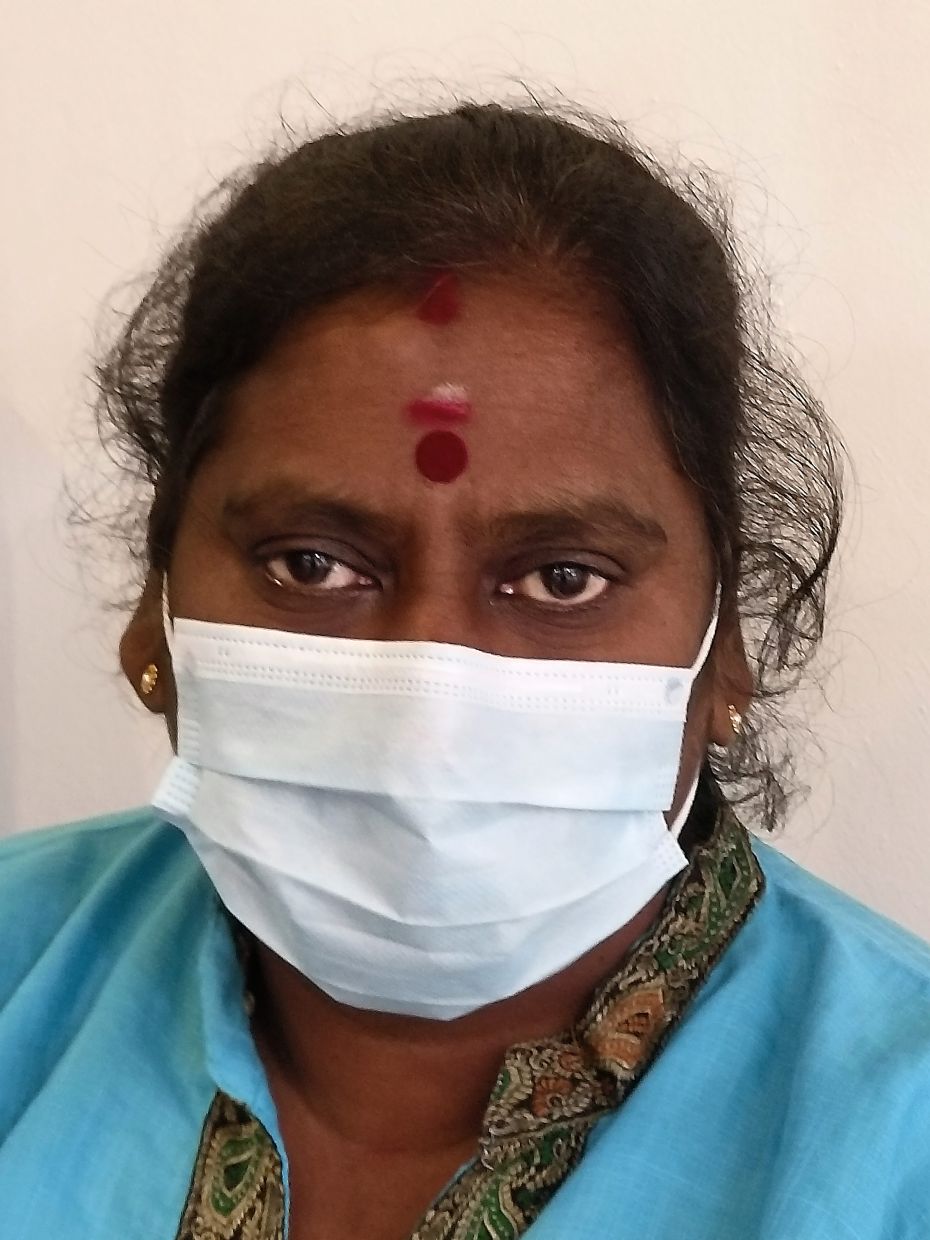 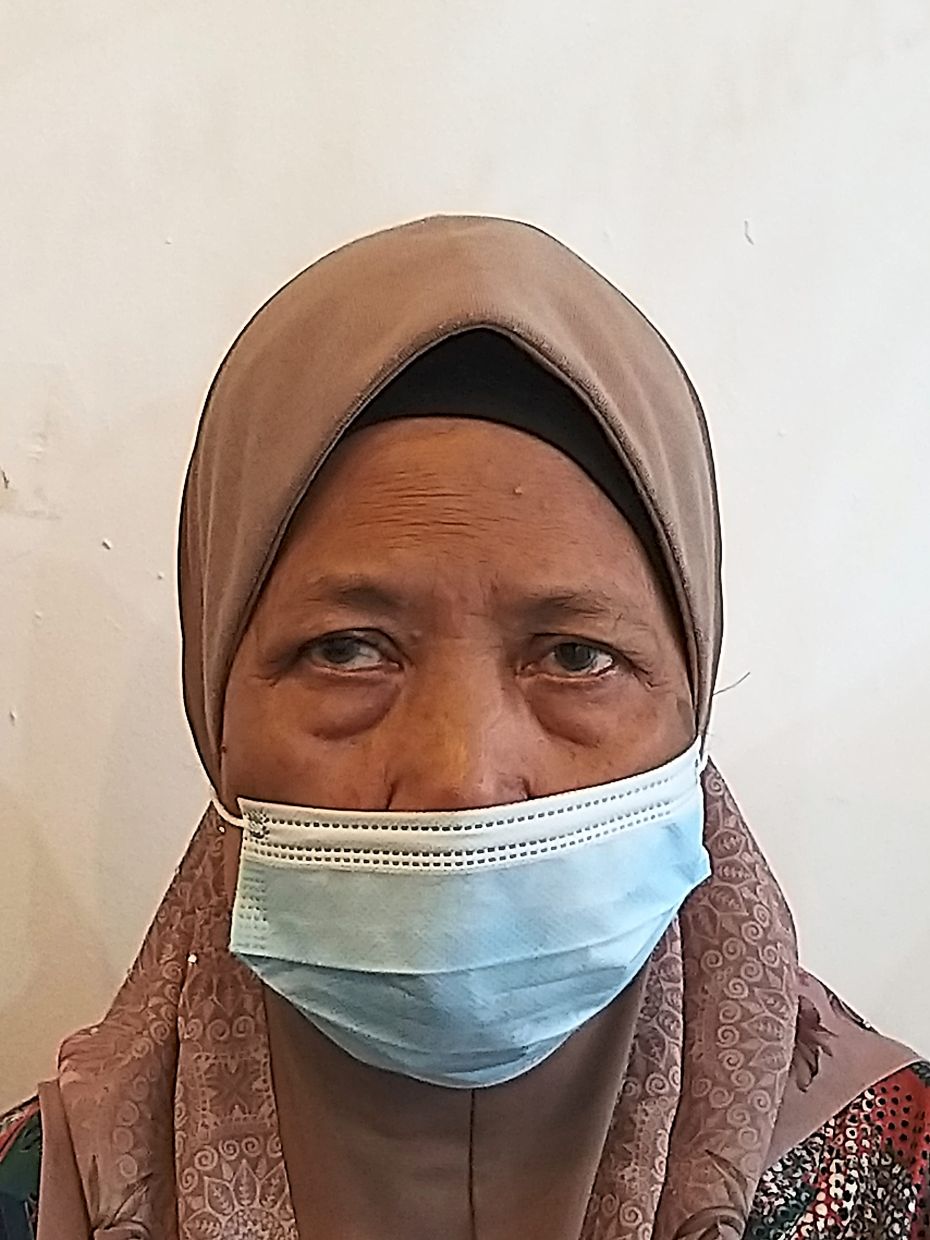 Housewife A. Parimala hopes to find a job as her husband who worked in Singapore has been terminated due to Covid-19.

Hamidah worries about the outstanding rent she has on her PPR flat.

Parimala hopes to find a job as her husband was terminated from his job in Singapore.

Becheck says RM124 from the RM200 monthly allowance she gets from her daughter goes to rent.

Seow is grateful for the RM300 given to him monthly from Johor Welfare Department.