TEN-month-old Yap Jia Xing, who suffers from congenital heart disease, is in need of RM70,000 for a second heart operation.

Jia Xing’s father is a chef earning a monthly salary of RM4,000 while his mother is a housewife. He is their only child.

“They have both undergone surgery in the past but their arteries have shrunk. Their heart condition deteriorated as they grow older, ” he said. Nur Anis with mother Nor Syamimi, 26.

Chua added that the three children needed a total RM230,000 for purchase of ventilators to help them breathe and stay alive.

“The girl from Pendang, Kedah, may look healthy but her condition is fatal without surgery.

“During a checkup this year, doctors discovered she had breathing difficulties.

“Her 25-year-old father is a repairman in a village drawing a monthly salary of RM1,500 while her mother is a housewife, ” said Chua. Nurul Ain has been advised to have another operation soon.

Chua said she was diagnosed with heart disease at birth.

“In May this year, she started complaining of chest pains and doctors advised that she undergo another operation within two months.

“She urgently needs the surgery, ” he said.

Chua said as the families were struggling to raise the needed funds, One Hope is helping them seek aid from the public. 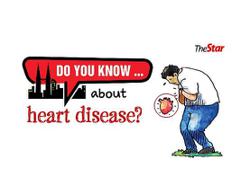