JOHOR BARU: Iskandar Malaysia’s low-carbon agenda received another boost as five buildings in the economic region were recognised for their green efforts through the Green Accord Initiative Award (GAIA) 2019/2020.

Sunway Big Box Retail Park, which bagged an award for the greenest building in the commercial category, won for green energy and rainwater harvesting efforts.

“Since the retail park began operating in December last year, we have produced a total of 2,400 megawatt-hour (MWh) of clean energy through the solar panels, which helped us to avoid 1,600 tonnes of carbon emission.

“Besides that, we also harvest rainwater which is used to water plants and for washing purposes at our premises, ” he said at the award ceremony launched by Johor health and environment committee chairman R. Vidyanathan.

The greenest building award for the individual property category was presented to Johor Baru City Council Tower for its new building at Bukit Senyum here.

Three recipients of special mentions in the GAIA individual property and commercial categories were Fairway Suites in Horizon Hills, Kulai Municipal Council (MPKu) and i-Stay @ Senai Airport City, which is a hostel facility with green features to cater to foreign workers.

i-Stay operation director Pu Wah Jian said since opening its doors in May 2014, it had continuously introduced new and creative ways to create a greener environment at its premises, which together with its Indahpura branch offered 5,700 beds catering to foreign workers.

He attributed the win to its latest initiative, which was a virtual automatic teller machine (ATM) that eliminated electricity usage and costs of operating 24-hour machines.

He said with the virtual ATM, the workers just needed to access their account through a smartphone application and request for money before collecting the cash at a designated counter.

“As part of our continuous green efforts, we plan to provide each worker with a reusable food container as they usually cook and pack their own food to work.

“We noticed that a lot of them have stocked up on plastic containers to pack their home-cooked food and through this initiative, we hope to cut down the use of plastic and paper food boxes, ” he said.MPKu president Mohammed Shakib Ali said the local council won the special mention award for its building, which fulfilled the environmental management system ISO 14001:2015.

“We have been practising good energy-saving habits and recycling besides implementing detailed energy audits.

“At MPKu, we also take it upon ourselves to encourage businesses in our jurisdiction to take part in green efforts in line with GAIA during our site visits and when renewing their business licences, ” he added.

“The uniqueness of GAIA compared to other awards is that it adopts the Comprehensive Assessment System for Built Environment Efficiency, which has been used in over 1,700 cities in Japan.

“To get a GAIA award, a development must be of a high standard and international standing, ” he said. 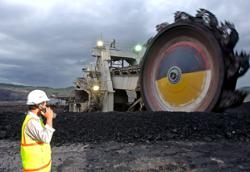 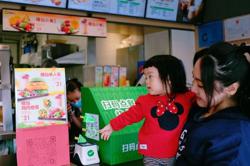