SIBU: The Federal Government has been urged to fund Phase 5 of the Sibu flood mitigation project that costs RM280mil.

Senator Robert Lau said Phase 5, which was the final phase of the project, involved three pump stations and bunds over 3.5km.

“The low-lying areas and river banks are still subject to regular flash floods.

“The flood mitigation project that started in 2008 has not been completed.

“So far, seven pump stations have been completed and two are in progress.

“Another five have yet to be built along with two more stretches of bunds, ” he said.

The state government is spending RM120mil to build Phase 4 that will include two pump stations and 1.5km of bunds even though flood mitigation projects come under the Federal Government.

“Sibu has contributed vastly to the country in terms of human resources.

“Unfortunately, Sibu and its surrounding towns have been overlooked, ” said Lau.

“Houses, roads and drains are in poor condition.

“There has been some urban renewal proposals over the last 20 years.

“The last one was by the National Landscape Department under the Federal Government in 2013.

“However, the proposal did not materialise, ” he noted.

The public had expressed relief over the implementation of Phases 1 and 3 of the Sibu flood mitigation project.

The project had prevented flooding in areas from Upper Lanang to Jalan Ek Dee junction.

Lau recalled that the junction of Jalan Alan and Jalan Lanang would always get flooded during high tide.

The road leading to SK Perbandaran Sibu No 2 and Wong Nai Siong School would be flooded too. 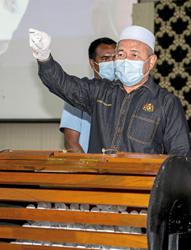 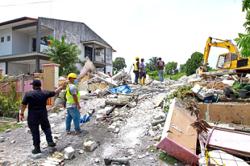