Weighed down by traffic worries

The long-term solution to increased traffic on roads in Kepong lies with public transport usage. — Photos: ART CHEN/ The Star

A CITY should be constantly growing, evolving and improving to stay vibrant.

Development projects bring economic and job opportunities for a multitude of people, with the benefits reaped by multiple sectors beyond a single industry.

But how to balance the needed development with the resulting infrastructure issues that affect the community surrounding an area being developed is a situation the authorities constantly grapple with.

Rapid development, such as that in two townships in Kuala Lumpur, always raises concern among residents.

Those living in Kepong and Sentul are bracing for worse traffic congestion in view of multiple residential and mixed development projects in both these constituencies.

The developments are either in the planning stage, under construction or soon to be completed.

The residents are worried that existing infrastructure could not cope with the increased population, especially the respective main roads Jalan Besar Kepong and Jalan Sentul which also double up as arterial roads linking these areas to the city centre.

They are urging the government to either upgrade the main roads or review the traffic dispersal system for smoother journeys in and out of these townships.

Kepong Community Service Centre head Yee Poh Ping estimated that there would be 18,000 residential units coming up in the near future spanning 11 projects. 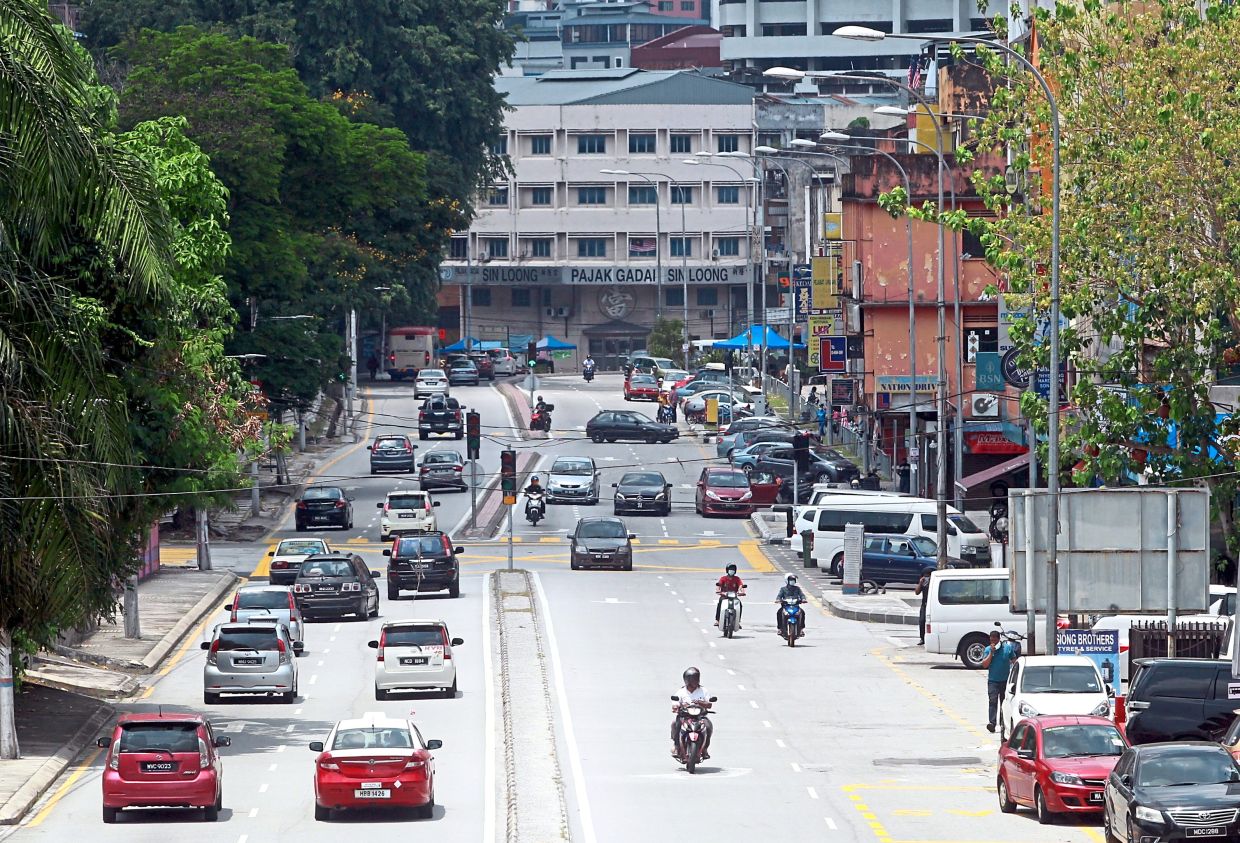 Sentul residents fear that the increased population in the area will lead to congestion at three main roads.

“They comprise developments in Jinjang Selatan, Jinjang Utara, Taman Wahyu and Kepong Baru which use Jalan Besar Kepong as a dispersal link to Kuala Lumpur.

“There is no more space for the main road to be widened but there will be more vehicles using it.

“In addition, there will be a new link connecting the Middle Ring Road 2 (MRR2) to Jalan Besar Kepong, which will bring in more traffic, ” he said.

Yee said a proposal had been submitted to Kuala Lumpur City Hall (DBKL) in 2010 to build several flyovers along Jalan Besar Kepong to address the traffic backlog cause by 12 traffic lights along the road.

“The plan was approved but called off later without any reasons given.

“I had appealed to DBKL to reconsider the plan but have not heard from them yet.

“Kepong residents are caught in traffic during peak hours daily. 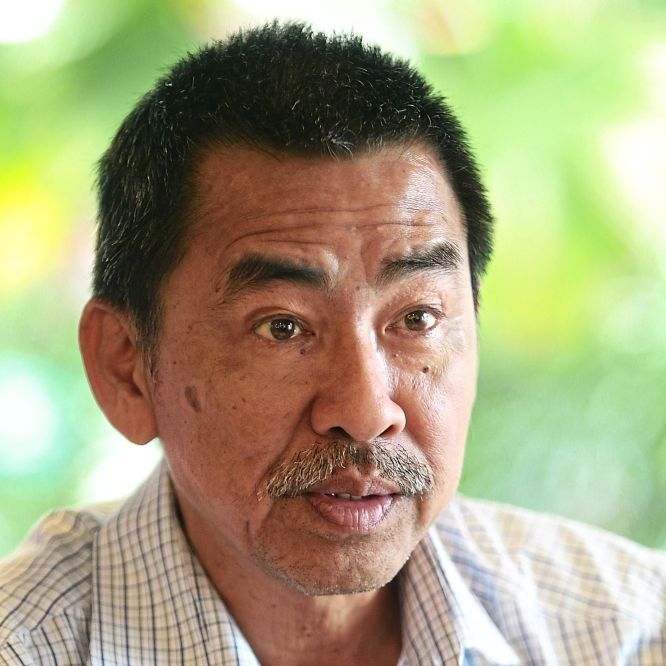 “DBKL should be cautious when issuing development orders to developers or when approving a project, DBKL must require them to upgrade existing infrastructure in the area as one of the conditions, ” he said, adding that the developments also contributed to the lack of parking space in the area.

“To solve the traffic jam here is close to impossible but there is still room for improvement.

“It is a sad truth that the traffic jam in Kepong cannot be addressed entirely, but Jalan Besar Kepong is still considered better than other major roads in the city that suffer from massive traffic gridlock and frequent flash floods.

“The authorities need to sit down with the local community to see how they can upgrade the road, ” he said.

Residents here are also concerned about the recent third amendment of Kuala Lumpur City Plan 2020 to change the land use of two sites which will result in an increased plot ratio. 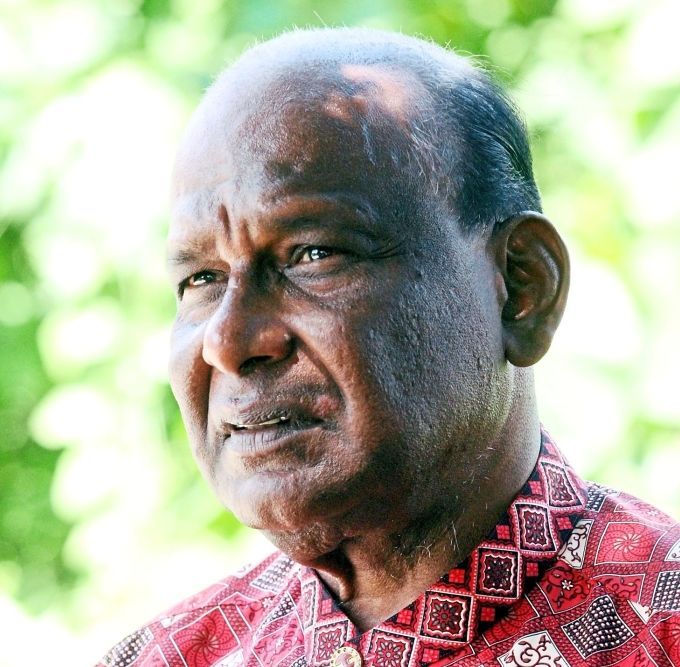 "The volume of traffic is increasing but the roads remain the same." - Datuk VM Panjamorth

Both lots are presently green areas and the plot ratio will be revised to 1:4.

Resident Datuk VM Panjamorthy had previously urged DBKL to upgrade the roads to support population growth over the next few years.

“I have been championing this for two-and-a-half years but there is no solution in sight.

“A lot of condominiums have been coming up and the volume of traffic is increasing, but the roads remain the same.

“There are easily eight residential projects in the vicinity.

“This is in addition to existing schools, places of worship and wet markets which are already flanking the main road, ” he said.

Panjamorthy had two years ago proposed that a tidal flow system be implemented during peak hours along Jalan Sentul and dispersal roads to channel traffic to and from Bandar Sentul Baru to Jalan Tun Razak and Jalan Haji Salleh to Lebuhraya Mahameru.

He added that he would meet with Federal Territories Minister Tan Sri Annuar Musa soon to highlight the matter.

Sentul residents are fortunate too as DUKE Highway links them to different parts of the city.

“But when one compares the available land bank with the current infrastructure, the roads cannot cope with these developments unless the latter are low-density.”

As for Kepong, Goh said flyovers were a good option because they provided vertical segregation of traffic.

“There are a few things to look into, for example a bottleneck is created whenever there is too much traffic.

“The simplest way to address that is to turn the road into one way or a one-way loop so that although vehicles will have to travel a greater distance, it will be faster.

“In the event that the road cannot be made into a loop, the problem lies at the junction. 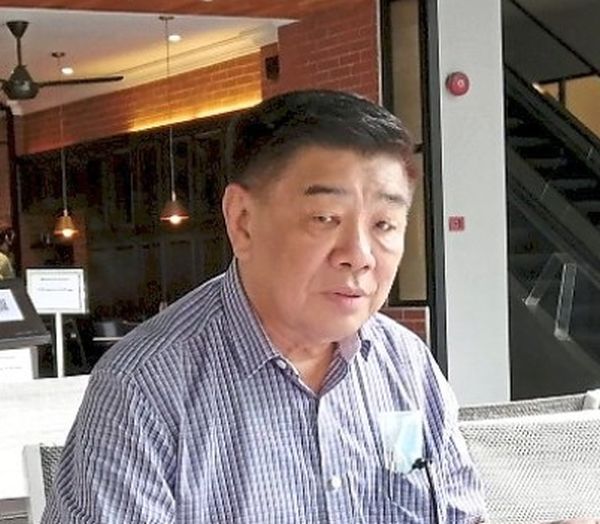 "Flyovers are a good option because they provide vertical segregation of traffic." - Goh Bok Yen

“Thus, the vertical segregation will take the main vehicle stream out of the equation via a flyover or an underpass.

“One such example is the underpass along Persiaran Surian in Kota Damansara, ” he said.

Goh said a local authority should look into the entire traffic dispersal concept in major townships.

“I object to piecemeal development approval as these properties were considered in isolation rather than looking at the bigger picture.

“Local authorities should determine the direction of development in Kuala Lumpur by having a proper traffic dispersal system in place.

“Then they can start approving parcel by parcel for development.

“Not doing so is akin to creating the problem first and solving it later, ” he opined.

“The local authority should look into the existing infrastructure and incorporate public transport like the Mass Rapid Transit (MRT) in a development area.

“This is a successful model in most developed cities worldwide.

“Residents should also be encouraged to seek alternative ways to get to their destinations, such as by taking public transport.

“What is lacking is first-mile connectivity and I hope to discuss with DBKL about the possibility of providing a shuttle service in major neighbourhoods to public transport hubs, ” he said.

Lim said more projects would take off in the future as many had been put on hold during the Covid-19 pandemic.

“Kepong welcomes more development as it will bring more job opportunities, but it has to be well-regulated.

“Take Jinjang for instance. It has the biggest Chinese village in Malaysia, yet its status as a new village remains.

“We are trying to lobby DBKL to open up the land title application process to allow changes so that it can be developed into a modern neighbourhood.

“Based on feedback I received, an overwhelming majority of landowners there do not want to preserve it as a new village as the value of their property will not go up.

“My stand is always let the market decide as developments will automatically happen based on demand, ” he said.