Outcry over felling of trees

Staszak and Suria showing the stumps of saga trees on a space between the Children’s Protection Society and the government property.

AN uncalled-for felling of dozens of trees, including the majestic saga trees (Adenanthera pavonina), in Jalan Lahat off Jalan Scotland, Penang, has provoked a public outcry.

She claimed that the contractors also cut down four out of six saga trees on an adjacent piece of land, leaving only the stumps.

“After cutting down four saga trees, they came back the next day with a big crane and tried to remove the other two huge trees.

“We managed to stop them. When we confronted them, they told us that the trees were sick and needed to be removed.

“But the trees were evidently healthy and had been on the ‘no-man’s land’ for some 60 years, ” she said when met near the site along Jalan Scotland on Wednesday. 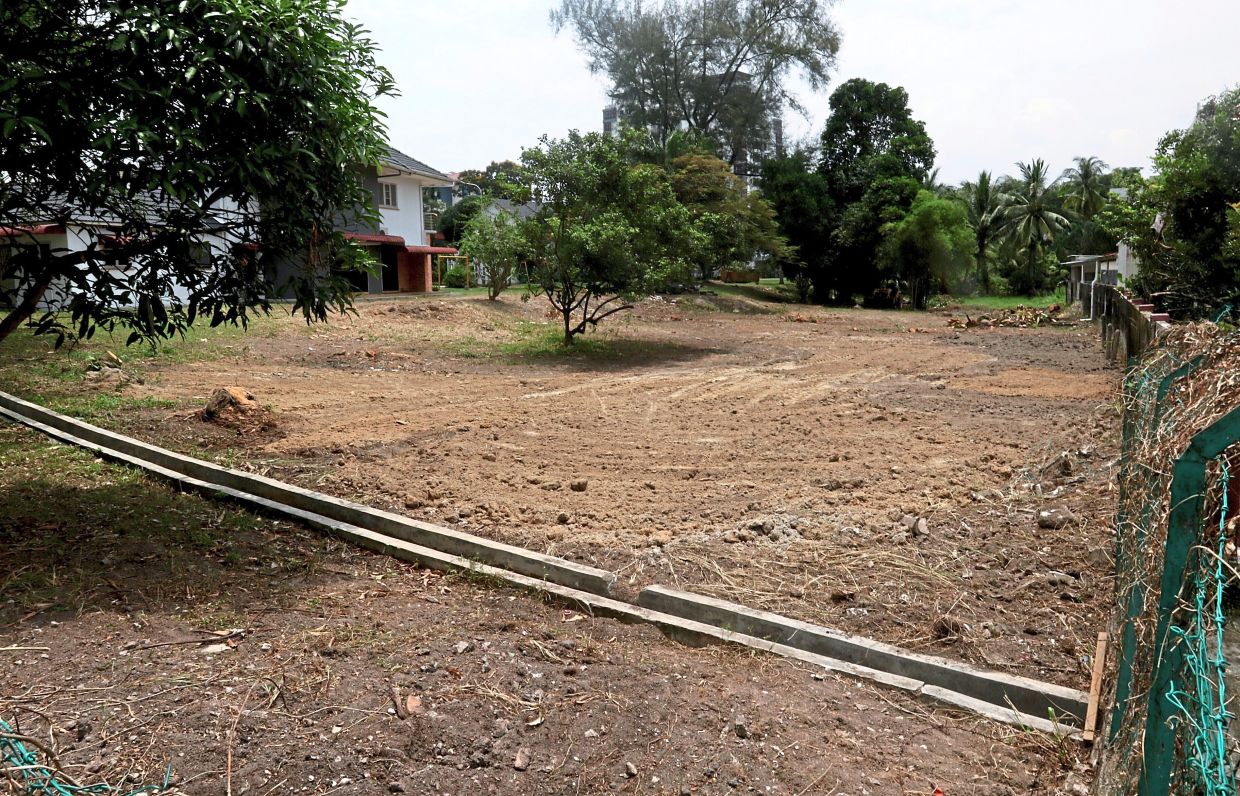 Trees and overgrowth have been cleared from this piece of government property with a building (left) to be occupied by a government official.

Suria is working at the Children’s Protection Society (CPS), a non-profit organisation serving the needs of neglected children in Penang.

Another CPS volunteer Darren Staszak, 40, said the trees were there ever since CPS began operating from a building there in 2004.

“The trees had always been healthy. It is not right for the contractors to just come in and start clearing out trees.

“The green spaces are home to so many animals in the area.

“There should be guidelines and procedures for cutting down trees and in deciding which trees need to be cut down.

“They should not send out independent contractors to decide which trees are to be felled.

“It should involve conservationists together with the officials or an independent expert.

“They should come in together and decide which trees are to be cut. There should be a conservation of greenery.

“This government land is one of the few remaining green spaces in the area and is home to many species of birds and other wildlife.

“It provides the surrounding area with shade and scenery, and should not be destroyed without a good reason and proper government oversight, ” he said.

Meanwhile, Penang Island City Council (MBPP) assistant horticulturist Mohd Zaid Amri Amirruddin said they were aware of the issue and had been in touch with the contractor.

He said a letter demanding explanation would be sent to whoever that hired the contractor.

“The contractor told us that they were hired to clear the land of overgrowth by a government official who is moving into the premises.

“Supposedly, the land owner needs to inform the council before clearing the land but we were not informed of the activities.

“Under the Town and Country Planning Act 1976 (Amendment 1995), it is a must to obtain written permission from the council before felling a tree with a girth of more than 0.8m (measured 0.5m from the ground), ” he said.

Mohd Zaid Amri said the contractor had already cleared part of the land and cut down several trees.

“We visited the site and saw that some of the trees cut down were coconut trees, which is fine, but some others were the saga trees, which are of value.

“As saga trees are considered rare species, by right the council should be informed for approval first, even if the clearing was on a private land.

“As for the felling of trees on the small piece of land, it was not rightfully done.

“The contractors had no right to cut down the sage trees, ” he said.

In August 2017, saga trees were found to be among the oldest recorded tree species found in George Town during an inventory exercise by the council.

The exercise was to keep tabs on trees and to preserve old and valuable trees to prevent them from being chopped down or damaged in the process of development.

Apart from saga trees, some of the oldest recorded tree species found in George Town during the exercise are the sentang (Azadirachta excelsa), and pulai (Alstonia Angustiloba). 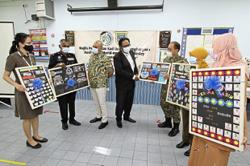 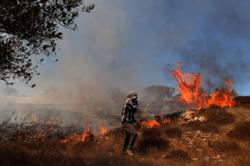 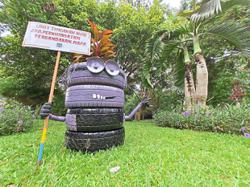