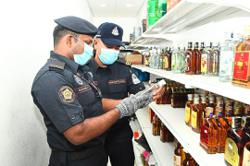 Only 80% consent needed for gated-and-guarded scheme

MPS enforcement officers removing the barriers from two residential areas, which the council said were not in compliance with MPS’ gated-and-guarded scheme guideline.

A TEAM from the Selayang Municipal Council (MPS) carried out an operation to remove barriers in two residential areas as the structures were not in compliance with MPS’ gated-and-guarded scheme guideline.

The team comprised officers from the Enforcement, Engineering and Town Planning departments.

“At the Taman Samudera Utara location, enforcement action was taken after MPS found that the barriers were chained and locked, thus preventing the public from using the road and making it difficult for residents to enter and exit the area, ” said MPS Corporate Communications director Mohamad Zin Masoad in a statement.“Action was taken to remove the barriers after an internal review showed that the residents association did not submit any application or receive any approval for a gated-and-guarded scheme.”

As for the Taman Wangsa Permai location, Mohamad Zin said MPS took action after checking that the approval for its gated-and-guarded scheme had expired.

“Both operations were carried out under Section 46 1(a) of the Street, Drainage and Building Act 1974 (Act 133) for causing obstruction in a public place, ” he said.

“We would like to remind all residents associations that if they want to instal barriers in residential areas, they must ensure that their applications comply with the conditions of the gated-and-guarded community scheme set by the council.” 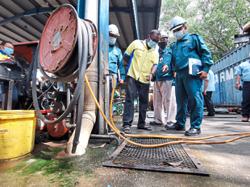 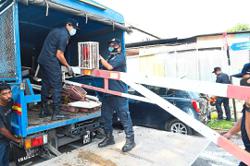 Only 80% consent needed for gated-and-guarded scheme