Joy and jeopardy on bicycle lanes

DEDICATED bicycle lanes along the scenic coast from Karpal Singh Drive to Batu Maung in Penang have gained popularity among recreational cyclists seeking a safe environment to ride in.

“Together with friends, I will ride out for breakfast and then return home after that.

“We can travel safely now that the bicycle paths have been introduced,” he said.

University undergraduate Iratna Hussin, 22, from Sabah, treasures the joy of cycling with her friends after discovering the lanes.

“We took a Grab ride to Queensbay Mall and then rented bicycles from the Link Bike station there before riding around the area.

“The scenery by the sea overlooking Pulau Jerejak is beautiful and we stopped under the Penang Bridge for more photographs,” she said.

However, the presence of motorcyclists on the lanes continues to irk cyclists.

“I was almost knocked down twice by passing motorcyclists who zoomed past at high speed.

“I saw motorcyclists pulling off wheelies on the lanes and that can endanger whoever is around.

“We need stricter enforcement like in Singapore where there is sufficient awareness to make the lanes pleasant to ride on,” said another cyclist, who declined to be named.

The StarMetro team, during a recent ride along the lanes, saw a cyclist confronting a motorcyclist who was using a dedicated bicycle lane.

The cyclist pointed to a ‘no motorcycle’ sign on the lane but the motorcyclist argued back.

“I’m a fisherman by the sea and live nearby. If I don’t use the lane, the other way round to the road is a big loop.

“Why do you care? Don’t find unnecessary troubles with me,” the motorcyclist told off the cyclist before speeding away.

While the lanes are popular among recreational cyclists, several commuters who use their bicycles said they preferred to cycle along main roads instead. Among them was factory engineer Alan Foo, 35, who said

the narrow gap between barriers on the lanes meant to prevent motorcycles from entering was among the reasons that deter him from using the lanes.

“I carry a 20kg pannier loaded with my laptop and clothing on a 15kg bike. It is heavy and too wide to pass through the narrow gap.

“With the many turns, obstacles and bumps on the bike lanes, it would probably take me double the time to reach a place than on ordinary roads.

“I would rather use the main road when I cycle,” said Foo, who commutes to work in Bayan Lepas using a roadbike.

His friend Jane Lee, 26, said she avoids using the bike lanes whenever possible as parts of them were uneven and narrow, adding that there were many hazardous obstacles to look out for.

“For example, a section of the bicycle lane in Tun Dr Lim Chong Eu Expressway is only about a metre wide and part of it runs on the sidewalk.

“There are also stretches made out of pieces of cement slabs, gravel and with speed bumps. All together, they make the ride uncomfortable.

Both Foo and Lee suggested that the council provide incentives to cyclists by increasing facilities such as parking lots at strategic spots which are safe from theft to further encourage cycling to work and to move around the city.

Penang Island City Council (MBPP) mayor Datuk Yew Tung Seang said plans and ideas on improving infrastructure and providing incentives were on the way, adding that the council is ready to hear from cyclists themselves.

“At present, 39.3km of dedicated bicycle lanes have been built on the island.

“We are glad that cyclists are picking up in numbers between the George Town and Queensbay Mall route.

“Presently, cyclists are safe in the dedicated lanes but have to share other parts of the road with other vehicles in the city as space is limited.

“We welcome suggestions from cyclists themselves for us to understand their needs, and we look forward to implementing incentives to encourage them,” he said. 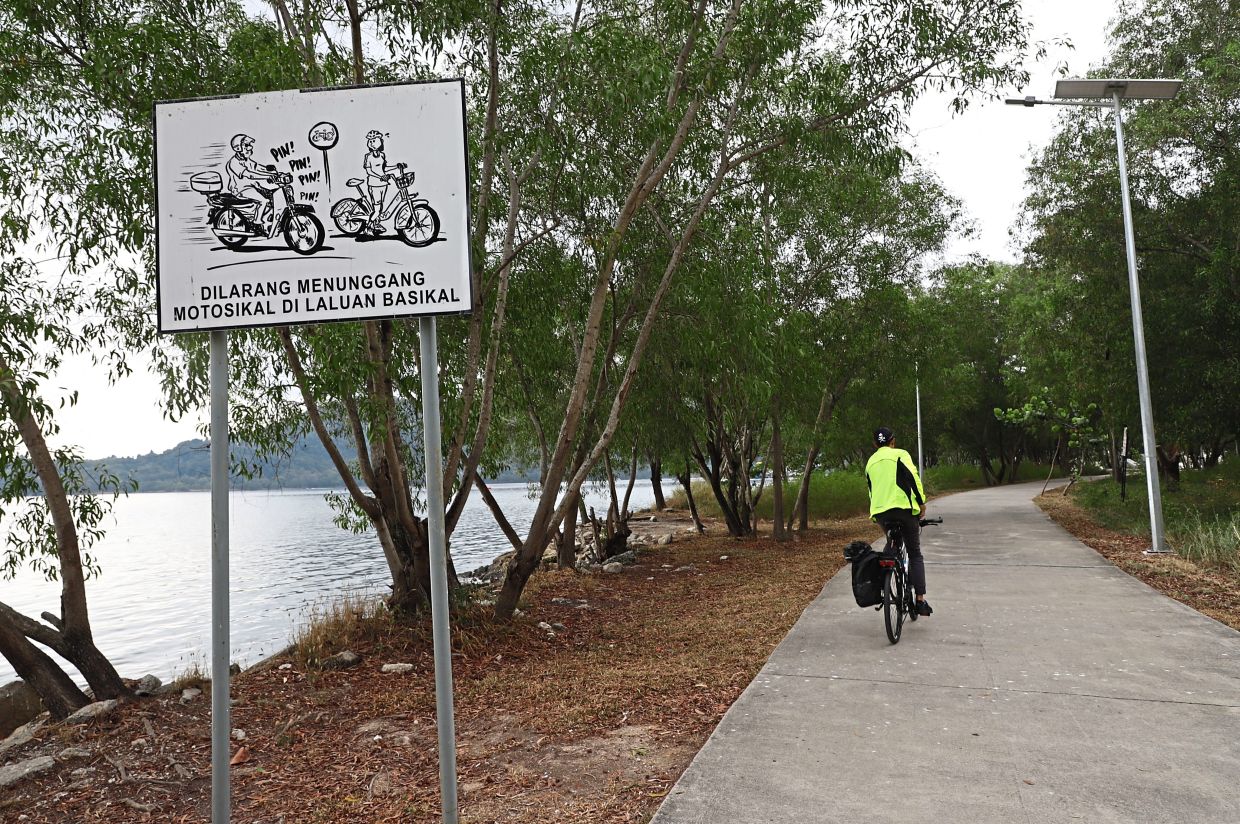 Boulders placed at the cycling path along Karpal Singh Drive after metal bars prohibiting motorcyclists from using the lane were found vandalised. But these obstacles are a hazard to cyclists.

A sign barring motorcyclists from using the bicycle lane at Persiaran Bayan Indah in Penang. 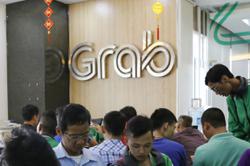