Wong (left) and Lew speaking at the press conference about their experience with an agent of a housing scam.

KULAI: Two technicians’ hopes of owning a house were dashed when the property agent they were dealing with failed to repay their loans as promised.

One of the victims, who only wanted to be known as Wong, 36, said he first saw a post about the Youth Home Scheme on social media in June 2017, and decided to attend a talk at the agent’s office in Taman Impian Emas to learn more.

At the talk, he was greeted by an agent who told him that he could own a two-room condominium unit in Johor Baru priced at RM390,000 with no down payment.

“He also told me that I will enjoy a 30% cash rebate and I could just give him the amount and he would help me handle various services including servicing the monthly loan instalments, renovation and looking for tenants.

“He convinced me to purchase two units so that after a few years, I could sell one of the units to pay off the loan for the other, ” he said at a press conference organised by Bukit Batu assemblyman Jimmy Puah at his office here.

Wong said he proceeded to give the agent all his documents, that was used to apply for a loan of RM500,000 for each unit.

However, about seven months later, he said he began receiving calls from the bank regarding late loan repayments, which later led to warning letters and eventually legal letters.

“When asked about it, the agent kept giving excuses saying that he was busy and would only repay the loan once in two or three months.

“I felt something was not right and decided to take a look at my properties and was shocked to find that there was no tenant and no renovations done at all, ” he said, adding that he last saw the agent in February this year before losing contact with him.

Wong said he now owed the bank about RM70,000 in loan repayments and that his two units had been put up for bank auction.

“I am very stressed as I only wanted to have a house of my own, yet I now risk becoming a bankrupt, ” he said.

Another victim with a similar plight, known only as Lew, 30, said he also bought two units from the same agent.

“Thankfully, one of my units has been successfully auctioned off and I will meet with the bank soon to discuss other payment alternatives, ” he said, adding that he did not dare let his family know that he had become debt-ridden because of this property deal.

Puah said that aside from Wong and Lew, he also received complaints from a group of eight buyers who had similar stories.

He advised eager housebuyers, especially youths, to do due research and think clearly before making such a huge investment.

When contacted, Johor police chief Comm Datuk Ayob Khan Mydin Pitchay said there appeared to be no foul play as there was an agreement between the property buyer and the agent in 2018.

“The case has been referred to the magistrate and the victims are advised to file for legal action against the agent.

“I also advise property buyers to be more careful before agreeing to schemes that sound too good to be true, ” he said. 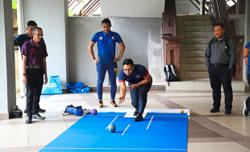 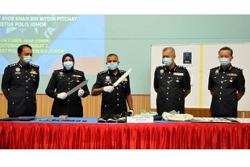 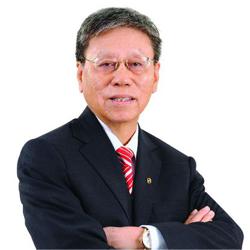