The city council won the case at the Federal Court on Aug 18, and lawyer as well as MBPJ councillor Derek Fernandez played a key role.

“MBPJ terminated a recycling collaboration project with a private company for failure to follow job specifications.

“The council had paid a small amount in compensation to the project owner.

“However a third party, the supplier for the project, took MBPJ to court.

“As a result, the Shah Alam High Court ordered the city council to pay almost RM16mil in compensation to the supplier in 2016.“The city council appealed and finally won the case last week.

“We managed to save RM16mil of public funds, ” said Fernandez.

“It was baffling because none of the councillors were aware of the lawsuit and several of us lodged reports with the Malaysian Anti-Corruption Commission and police over the matter in 2016, ” he said.

He added that all government agencies and local authorities must put in place safeguards to prevent similar incidents.

Councillor Suriase Gengiah thanked all those who were involved in the case, especially Fernandez, during MBPJ’s full board meeting.Petaling Jaya mayor Datuk Mohd Sayuthi Bakar noted that some non-governmental organisations would approach the city council claiming good intentions.

“When we sign an agreement, we have to be sure it will not cause the council any loss.

“The clauses must be thoroughly checked, ” he said.

On Dec 1,2016, StarMetro frontpaged a report that court bailiffs were at the MBPJ headquarters in Jalan Yong Shook Lin on Nov 25 to seal the premises as the city council had violated a Shah Alam High Court order to pay almost RM16mil in compensation to the supplier.

However, the premises was not sealed as MBPJ had filed an appeal with the Court of Appeal.

Then mayor Mohd Azizi Mohd Zain had said at the time that he was not made aware of the case and had ordered that future legal matters be presented at the city council’s legal technical committee meeting to keep all those concerned in the loop. 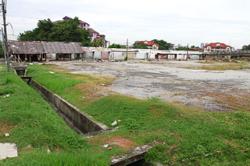