Gunaraj (left) and Zaireezal speaking to the media during a visit to Jalan Kebun Nenas in Klang where illegal dumping has been a problem for years.

DESPITE action by the authorities in the past, large-scale illegal dumping continues to happen along Jalan Kebun Nenas in Taman Sentosa, Klang.

Household waste, bulk trash, commercial rubbish, construction debris and even rusted motorcycle frames can be seen littered along the side of the busy road.

Worse still are the signs of melted plastic and charred earth — evidence of the open burning that takes place at night, with harmful fumes being released to the surrounding residential areas.

He said about 20 vehicles had been seized so far this year for the same offences along that street.

He assured that MPK would be taking further steps to solve the long-standing issue.

“Aside from regular enforcement, MPK has approved the installation of a RM300,000 closed-circuit television (CCTV) surveillance system at six locations along the road. The tender process is under way.

“These CCTV cameras will monitor Jalan Kebun Nenas as well as junctions and slip roads that provide access to this street.

“We are also looking at installing solar-powered streetlamps along this road to deter irresponsible individuals from dumping rubbish in the area, ” he said during a visit to the site of the illegal dumping stretching some 1.9km. With Zaireezal were representatives from six agencies to solve the long-standing issue. 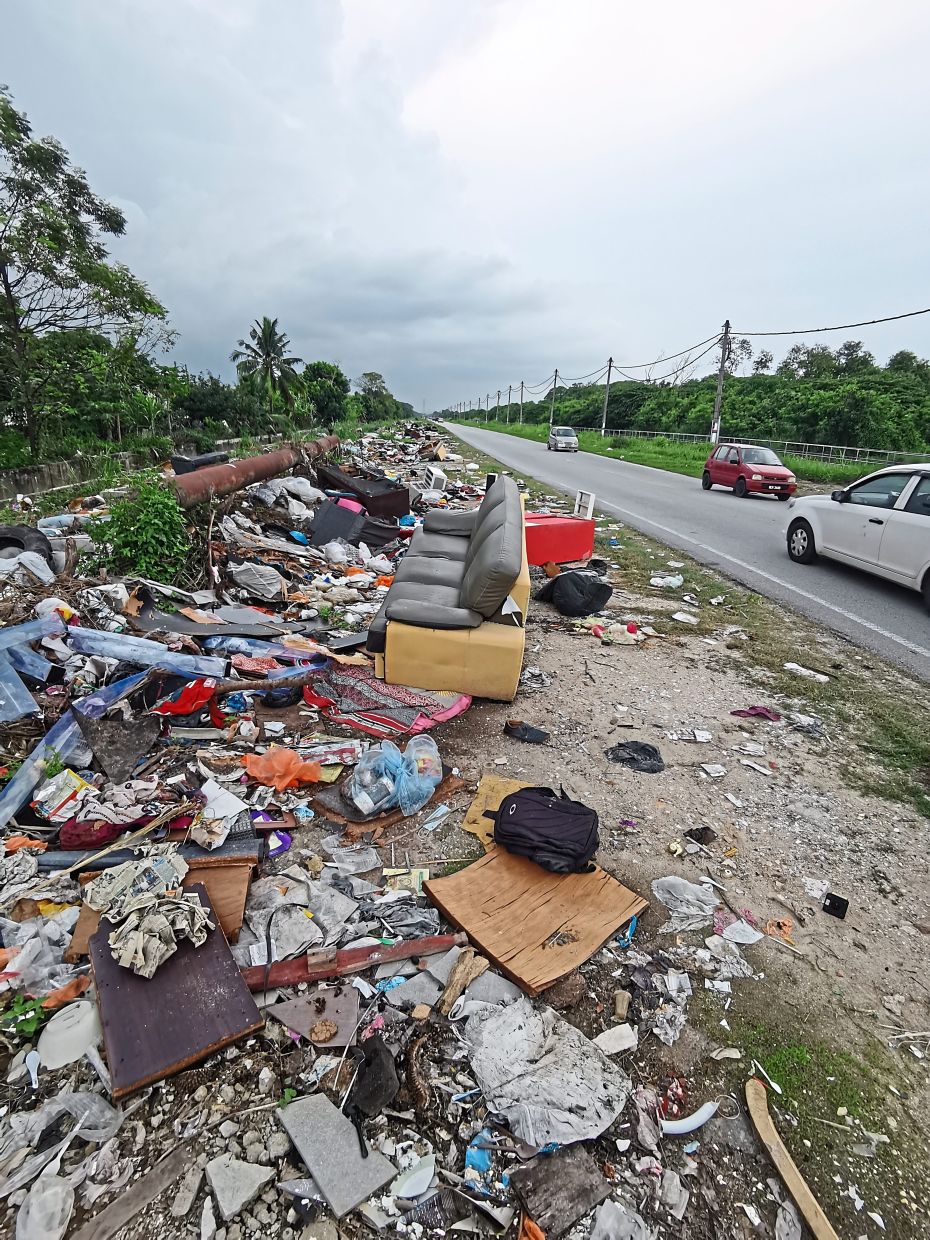 He said MPK would clean up the area thoroughly once the CCTV system and lighting were installed by year-end.

He added that the council would instal hardscape structures along the road as an additional preventive measure.

MPK’s previously announced plan to form a public volunteer effort will be known as “Green Squad Volunteers” while a hotline for the public to report illegal waste dumping will also be implemented alongside a 24-hour enforcement team comprising council officers.

“We are in the midst of establishing the two teams.

“They will be introduced to help tackle the situation not only at Jalan Kebun Nenas but throughout the entire Klang district, ” said Zaireezal.

“MPK can take action on the culprits and spend thousands of ringgit to clean up the area, but members of the public also play an important role in keeping the area rubbish-free, ” he said.

He acknowledged that there were unscrupulous contractors providing rubbish collection service as well as factories looking to save money.

“There are parties who make money by collecting rubbish and dumping them by the roadside when they should be sending the wastes to proper disposal sites, ” he said, adding that without such service providers complying with licensing regulations, local councils could not possibly overcome the problem of illegal dumping.

Gunaraj said a suggestion to transform parts of Jalan Kebun Nenas into community gardens would also be discussed with the council as a way to encourage residents to maintain cleanliness of their environment.