Ng (in black) monitoring the cleaning work at some drains that are clogged to the brim with sludge. — Photos: RONNIE CHIN/The Star

FAILURE of food outlets in Ipoh city centre to trap grease from their kitchens has resulted in clogged drains in several areas.

Ipoh city councillor Dr Richard Ng said irresponsible traders had not installed grease traps in their kitchens and caused the clogging of drains, some nearly up to the brim.

Nearby residents as well as some traders have complained of strong stench from the clogged drains.

“After recent complaints, I visited the locations and from my observation, I see that the clogged drains are caused by grease sludge that has accumulated over a period of time.

“Some of the drains are filled with food waste, especially curry-based food that have been poured directly into the drain.”

Ng said Ipoh City Council (MBI) was informed and the council had sent its cleaning contractors to clear the drains. The food waste and grease scooped up by MBI cleaners at a clogged drain along a lane off Jalan Raja Permaisuri Bainun.

“It took them hours to clean the drains and I am worried if the council does not take stern action against the culprits, the problem will not cease, ” he said.

He noted that council had cleaned the drains in June, but the problem persisted.

He urged council Enforcement and Health and Licensing departments’ officers to inspect eateries in the affected areas for grease traps.

“I also advise these outlets to have proper bins to discard their leftover organic waste.

“The drains are not the right place to dump waste, ” he added.

Ng said irresponsible traders must be made to pay for such careless acts.

Such public nuisance came under Section 82 of the Local Government Act 1971, he added, and action such as issuing a compound or withdrawing their licence could be taken. 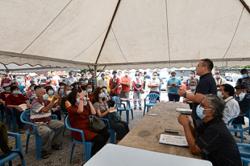 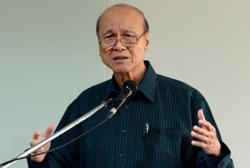