Tending to community his own way

WHEN S. Somosonderam got an opportunity to start a farm 20 years ago, he wanted it to be chemical-free with produce safe enough to be consumed not only by his family members but also for everyone else.

The 70-year-old grandfather of two even makes his own pest repellent by soaking three to five types of leaves from bitter-tasting vegetables or fruits in cow urine.

He also prepares his own growth promoters such as panchakavya and vermicompost, a practice he picked up from the workshops held by Consumers Association of Penang.

The panchakavya preparation is refined by Somosonderam while he turns the waste from cows and goats into vermicompost.

“Some consumers come to my farm to buy the panchakavya because they found that it helps produce excellent results with their trees bearing more fruits or flowers, ” said Somosonderam, whose wife V. Logaletchumi, 63, helps him pick the fruits, vegetables and flowers at the farm daily. He used to operate a sundry shop at Kampung Teluk in Prai but gave it up in 2000 when he approached the owner of a 1.21ha (three acres) plot in Seberang Jaya so he could farm instead.

“Two years before that, I had already started attending workshops on natural farming by CAP.

“From there, my interest in chemical-free farming started and I was keen to look for land to start a farm.

“Then in 2000, I came across this piece of land located close to two Tenaga Nasional Berhad (TNB) electricity power pylons.

“The place was originally a jungle and the land could not be developed for any other purpose as it was just below the pylons.

“The land owner was kind enough not to charge me any rental for the land but only told me to be the caretaker and to surrender the land anytime he wanted it back, ” he said.

Somosonderam added that TNB allowed him to operate a farm on the land, providing he does not erect a cow shed there or put up any structure higher than three metres or 10 feet for safety reasons. The father of five children aged between 42 and 28 said he first planted jasmine and papayas on 0.4ha (one acre) of land of the total area.

“I used to pick almost 1,000 cups or 10kg of jasmine buds each day but these days, my yield is less as I concentrate on other vegetables and fruits, ” he said.

He used to rear about 20 cows but said his eldest son S. Ganesh, 42, has now taken over rearing the cows at a farm in Juru.

His other children are working as a teacher, nurse and in the hospitality industry.

During the initial phase of the movement control order period, Somosonderam and his wife had to tend to the farm with just some help from their children as their farm hands could not come to work. 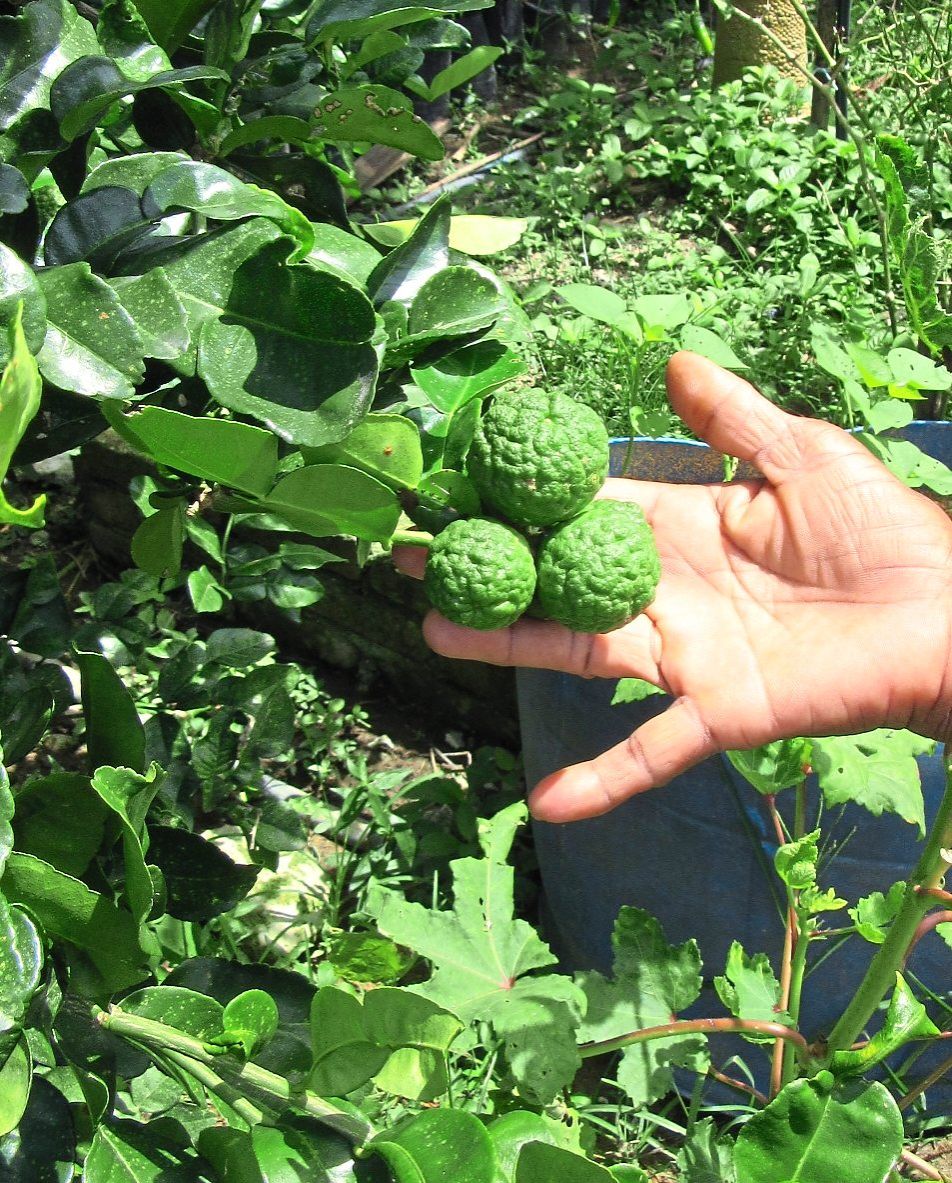 Lime growing on a tree.

“Some people who lost their jobs and also the needy used to come to the farm for some vegetables and milk.

“I never charged them because I knew they were going through difficult times, ” he said, adding

that he also sold vegetables at a nearby market at a much lower price.

“Since I don’t spend on pesticides or chemical fertilisers, my vegetables and fruits do not cost me much to produce, ” he said. 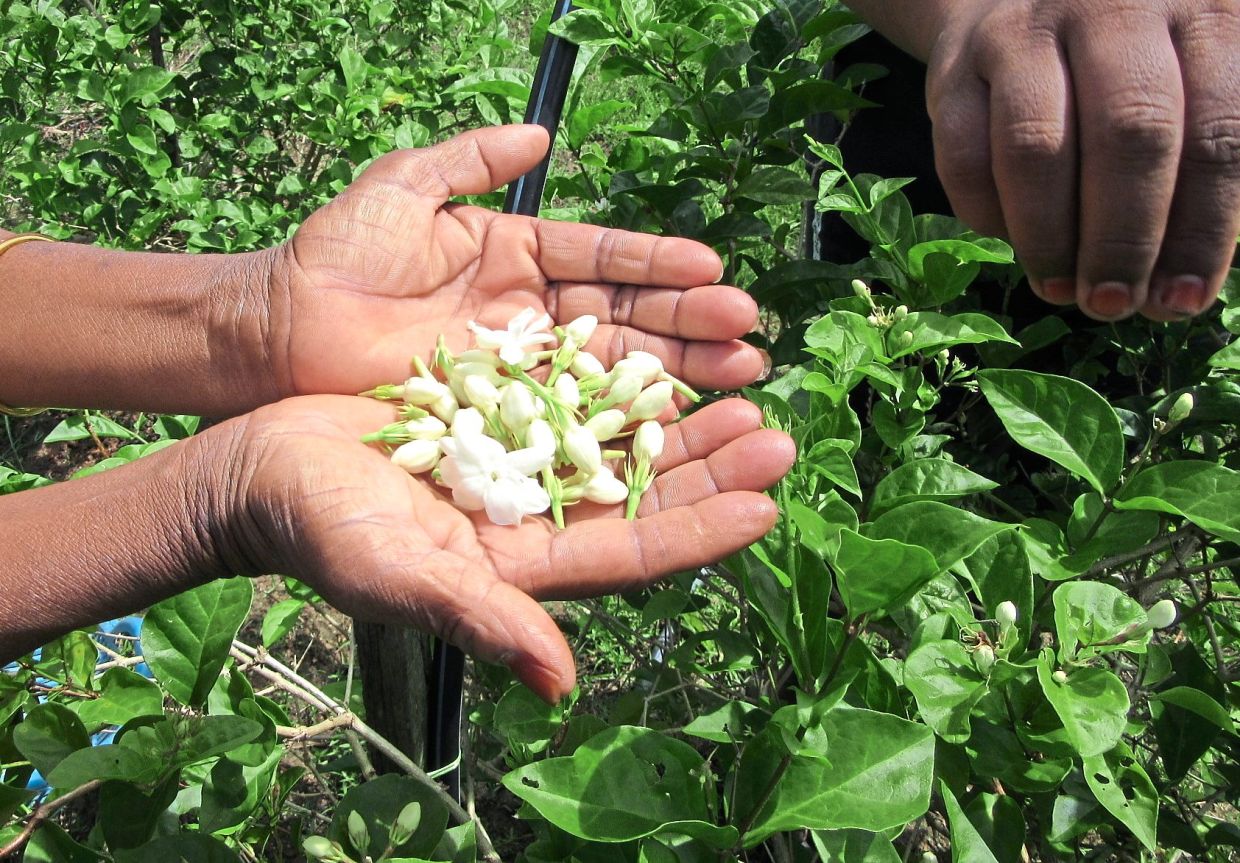 Jasmine flowerbuds picked from the farm.

For Somosonderam, his motto in life is simple, that is for everyone to be healthy and happy.

“Farmers should consider everyone in the community as their family members.

“As a farmer, would you want to use all kinds of pesticides and chemical fertilisers to grow fruits, vegetables and herbs which will be consumed by your family?

“If every farmer has a conscience, then we will have chemical-free produce, ” he added.