FIFTY-EIGHT traders out of 97 applicants from the B40 group have received approval from Kuala Langat Municipal Council (MPKL) to get their temporary hawker licence.

The Licensing Department has also limited the number of traders in one area to avoid traffic congestion and public nuisance.

MPKL president Datuk Amirul Azizan Abd Rahim said of the number of applicants, 31 were in the process of getting approved while eight were rejected as they did not fulfil certain conditions.

“Our Licensing Department will advise rejected applicants on what was lacking and ask them to reapply, ” he said after chairing the council’s full board.

Amirul Azizan said this was the action taken by the municipality in response to the state government’s directive to issue temporary hawker licences at suitable sites to assist the lower income group.

“The terms for temporary hawker licence is clear — we will not issue to foreign traders and applicants cannot employ foreign workers as assistants, ” he said.

“We have taken action against illegal foreign hawkers, which under our municipality, tend to run mobile businesses using motorbikes rather than roadside stalls.”

On action to weed out illegal foreign workers, Amirul said MPKL would have joint operations with the Immigration Department to identify illegal workers and those violating their work permits.

“To-date, my office has not received any complaints about improper behaviour by MPKL staff, whether on financial mismanagement or abuse of power.

“If there are such incidents, we will ensure they are addressed properly.

On matters of illegal rubbish dumping, Amirul said the hotspots were often next to roads under the Public Works Department’s (JKR) purview and at oil palm plantations.

The hotspots are Jenjarom and Teluk Panglima Garang.

“We hope TNB, JKR and Telekom will allow us to instal CCTVs on their utility poles to check on illegal dumping, ” he added.

Meanwhile, the Property Valuation and Management Department has tabled a proposal to review the assessment tax rates in areas under MPKL’s purview.

The review was based on a recommended 25% rate increase as stipulated by the state government.

“The Selangor Economic Planning Unit (Upen) has tasked all local councils to review the assessment tax rates at their respective municipalities, ” said Amirul.

“The proposal to review MPKL’s assessment tax rates will be brought to the state government for them to assess and decide.”

He said the review was necessary as MPKL’s valuation was based on rates set in 1987.

“The proposed revision for the assessment tax is necessary as the rates have not changed for more than 30 years.

“Since MPKL has now been elevated to a municipality, we need additional funds to provide better services to ratepayers, ” said Amirul, adding that any decision on the implementation of revised assessment tax rates would be done by the state government.

After the meeting, a lucky draw session was held to reward lucky ratepayers who had completed this year’s assessment tax payments, followed by the launch of MPKL’s National Day celebration. 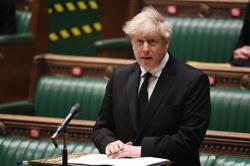