Operation clamps down on vehicle pollution

Norlin said 1,829 vehicles in the Klang Valley have been examined and 53 compounds were issued to violators since July under 'Ops Gerak Lembah Klang 2020'.

HUNDREDS of vehicles were subjected to a multi-agency operation along Shah Alam Expressway (Kesas) in a bid to clamp down on smoke-emitting vehicles.

The operation named Ops Gerak Lembah Klang 2020 was part of a nationwide drive to curb pollution from vehicles following the reopening of the economy under the recovery movement control order (MCO).

A total of 110 officers from Selangor Environment Department (DOE), police, Road Transport Department, Kuala Lumpur City Hall and Kesas were involved in the operation which started at 9am on both directions of the highway.

DOE director-general Norlin Jaafar said vehicles were tested for the allowed limit of pollutants and smoke density, and drivers whose vehicles operated outside of the limits faced action.

“A total of 13 compounds, 14 order notices and four prohibition notices were issued.

“Some were able to settle the compound while others were given a time frame to pay up before we take legal action,” she said during a press conference following the operation held at the Awan Besar Rest and Service Area.

Since the monthly nationwide operation started in July, 1,829 vehicles in the Klang Valley have been examined and 53 compounds were issued to violators.

Norlin said the operation was part of the department’s initiative to ensure that motorists and transportation fleet operators abided by the law.

“It is aimed at containing pollution from vehicles so that air quality after the MCO will remain clean.

“It is also to ensure that vehicle exhaust fumes do not contribute to haze, especially in cities,” she said.

She urged the public to report any acts of pollution via its hotline 1-800-88-2727, email: aduan_k@doe.gov.my or complaint portal at https://eaduan.doe.gov.my 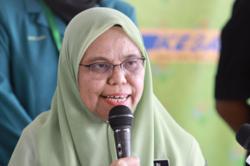 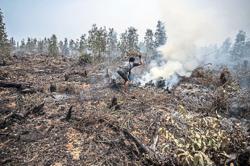