Chng (left) applying for his MyKad replacement at the National Registration Department office in UTC.

IT TOOK less than 30 minutes for Chng Lee Fu to replace his broken MyKad at the newly opened Urban Transformation Centre (UTC) in Komtar, Penang.

Chng, 42, from Butterworth said the same process would normally take days to complete at other National Registration Department (NRD) branches on the mainland due to higher numbers of people.

“I heard about UTC’s opening and rushed here in the morning to get my card replaced.

“It was quick and worth the trip driving over to the island,” he said.

Chng was among the early birds who arrived as soon as the centre opened at 8am yesterday.

He registered, had his new mugshot taken and not long after, they called his name to collect the new card.

Initial hiccups such as jammed printers, faulty computer network links and missing items were the teething problems faced by many of staff who scrambled to solve them during the opening but for most, operations went on smoothly.

The RM20mil centre occupying 42,000sq ft on Level Two and Three of the old Komtar wing is expected to help rejuvenate the iconic landmark of Penang.

While visiting the centre, Komtar assemblyman Teh Lai Heng urged the agencies to deliver and fulfil the expectation of visitors while Penang Development Corporation, (PDC) which is the owner and the contractor of Komtar, will look into their needs.

“We realise the air-conditioning was not cooling near the entrance and PDC will turn it on earlier in the day.

“A few agencies are still getting ready and we hope they will set up soon.

“If visitors arrive and do not get their expected service, they will be disappointed,” said Teh, adding that he had already received a complaint from a visitor.

Teh, who is also political secretary to the Chief Minister, said shops outside the centre will support additional needs by offering other services.

Traders keen on setting up stalls at open spaces are advised to rent the vacant shops first.

UTC opens daily from 8am to 9pm on weekdays and 8am to 5pm on weekends without lunch breaks except on Fridays, from 12.15pm to 2.45pm.

It will only be closed during national and state public holidays. 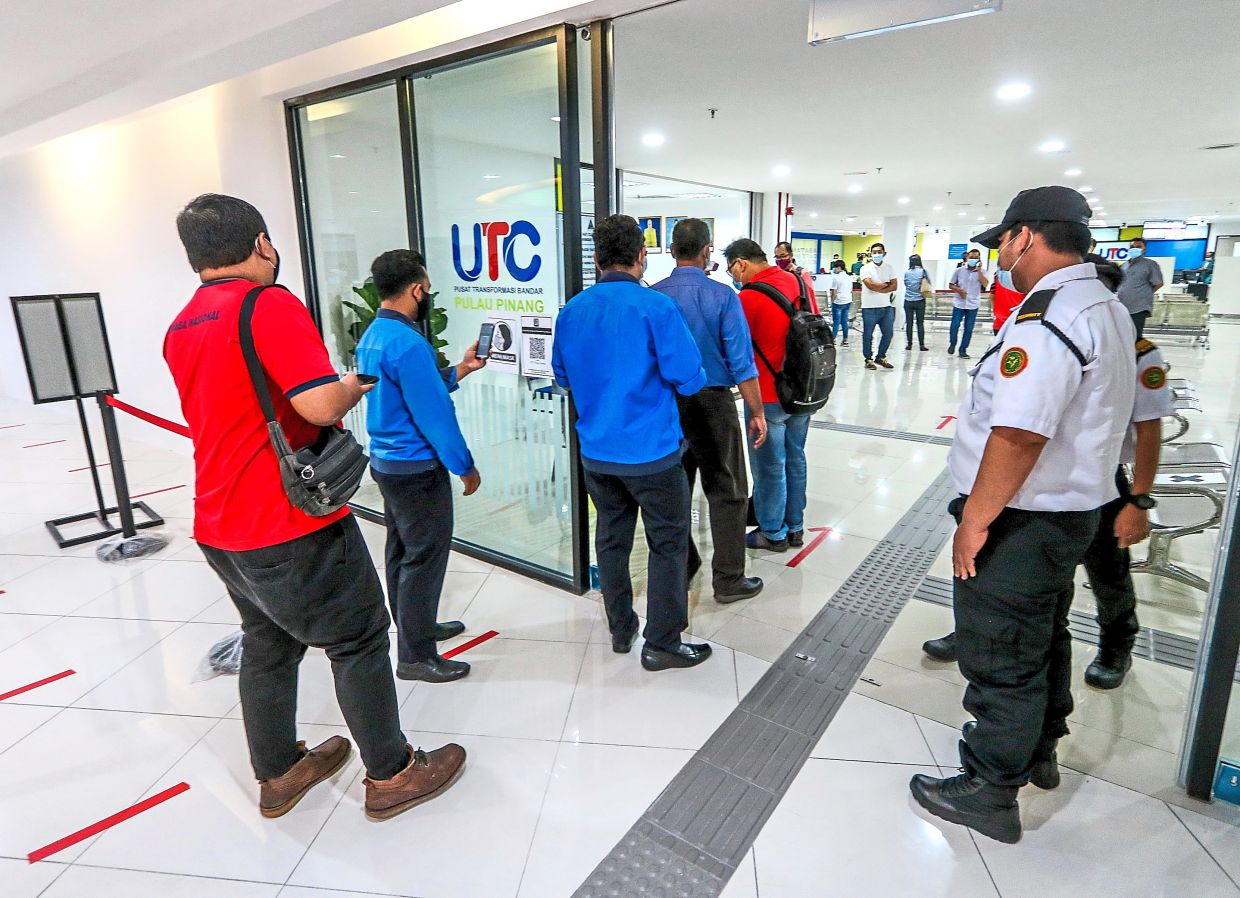 Chng (left) applying for his MyKad replacement at the National Registration Department office in UTC.