AFTER Seremban was listed among the top 10 happiest cities in the country, the state government now wants Negri Sembilan to be crowned Malaysia’s cleanest state.

Mentri Besar Datuk Seri Aminuddin Harun said it was incumbent upon every citizen of the state, as well as its government departments and agencies to aspire for the status.

“We have been giving our all to keep our beaches in Port Dickson and our recreational parks clean.

“Now, I want our cities, towns and especially our roads, and other public places to be clean as well.

“I want outsiders who visit our state to tell their families and friends when they go back that Negri Sembilan is the cleanest state in the country, ” he said.

Aminuddin was speaking to reporters after handing over nine Toyota Hilux pick-up trucks worth RM1.03mil to the state Public Works Department (JKR).

All districts in the state, he said, would have at least one vehicle that could, among others, be used to monitor cleanliness in areas under their jurisdiction.

“I often get complaints that there is always rubbish dumped along our roads.

“Although we are trying hard to educate the people on this, it is my hope that you will be doing more patrols to ensure signboards are not blocked by tree branches, functioning lamp posts and traffic lights and roads that are pothole-free, ” he said.

He added that the state government also invested money to acquire more vehicles and related machinery for JKR as it was to replace some from its existing fleet.

“I was told that the cost to maintain some of the older vehicles was also high. So, it is best to get new ones which will help JKR personnel carry out their tasks effectively, ” he said.

Aminuddin also commended the state JKR that has been getting good reviews from netizens on social media.

“I always try and get feedback on the performances of state departments and agencies and I must congratulate JKR, which has been getting good reviews and fewer complaints from the rakyat, ” he added. 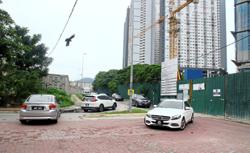 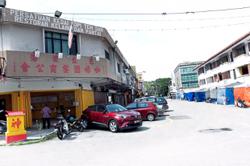