Life finally starts with MyKad in their hand

Roisah beaming with pride upon receiving her citizenship document at the Home Ministry. She was accompanied by Sathiyamurithe (right).

LIFE changes for the better and doors of opportunity open when stateless individuals receive their Malaysian citizenship.

Two young adults, born and raised in the country, attested to this after receiving their precious documents.

These young women share with StarMetro about their journey and how they cherish their new status.

The 23-year-old, who dreamed of becoming an accountant, is now working towards that goal after she was awarded Malaysian citizenship in the middle of last year.

One of the first things Roisah did upon receiving her MyKad was open a bank account.

She later applied for a student train travel pass, registered as a voter and visited a Klinik Kesihatan.

“I didn’t know I was adopted until I turned 13.

“When my adoptive parents broke the news, they also explained to me about my stateless situation and how it would take me a longer time to obtain a MyKad compared to my schoolmates,

“It was painful to learn that I was both adopted and stateless, ” said Roisah, who is now an undergraduate at Universiti Tun Abdul Razak (UniRazak) pursuing a degree in accounting.

For years, her adoptive parents worked tirelessly, with the help of social activist Sathiyamurithe Subramaniam, for Roisah to be made a citizen.

“My adoptive parents are divorced and my adoptive mother died in 2014. So I had to go to Putrajaya alone, accompanied by Sathiyamurithe, to receive my citizenship letter.

“I couldn’t sleep the night before because I was overwhelmed with joy, ” recalled Roisah, who scored seven As in the Sijil Pelajaran Malaysia examination.

She managed to secure a sponsorship to pursue her studies at UniRazak.

Going to a Klinik Kesihatan may not be on our bucket list, but Roisah proudly visited one after getting her MyKad.

“Before this, I had never sought treatment at a government hospital or clinic. I finally went to a Klinik Kesihatan and paid RM1 for consultation. It was a pleasant experience, ” she said.

Roisah’s life goal is to reach out to others who face her previous predicament.

“I am going to join forces with Sathiyamurithe and help more stateless children and youths to apply for their citizenship.

“Growing up stateless takes a toll on one’s emotions and mental state, ” she said.

After a decade-long quest to secure citizenship, the 23-year-old became a Malaysian last year.

She describes it as a dream come true for her and her two siblings.

“We went to Putrajaya and took our oath in the middle of last year, and we later received our MyKad, ” said Sheu, who has since travelled to Sabah and Singapore.

She said her family was grateful to the political parties that had provided endorsement letters to support her application for citizenship.

Sheu’s third sibling is however still stateless and her parents are in the midst of making an appeal.

Sheu, who was born in Johor, is the eldest of four siblings.

The worst feeling, according to her, was having to always explain to strangers about why she was stateless.

“Growing up, I cried a lot due to depression and frustration over my situation.

“Only those who are stateless will understand this awful feeling of not belonging to a country.

“I grew up despising myself, ” said Sheu, who is now a construction coordinator.

Sheu was stateless because her parents could not get married legally due to complications in the process.

Her Malaysian Chinese father had been separated from his first wife for 20 years before he decided to marry her mother, an Indonesian Chinese.

“My dad was initially able to legally marry my mum but the authorities later found out that he had not divorced his first wife.

“What’s worse, my parents’ house was razed in a fire and all the necessary documents were destroyed.

“My parents only managed to resubmit all the documents after I was born, leaving me and my siblings stateless for many years.”

Sheu said her father had to sort out his divorce first and the process took a long time.

Sheu scored five As in SPM but did not further her studies because her parents could not afford to fund her education.

“When you are stateless, you miss out on entering local universities. As for private universities, the cost was high and we could not afford it. Moreover, no banks would give us a loan.

“Now with citizenship, I am planning to pursue my higher education, ” she added.

Sheu, who aspires to set up a construction business in the future, also helps stateless children apply for their citizenship.

“Before I received MyKad, I worked as a kindergarten teacher.

“I know of a pupil in a similar situation like mine and I am helping her with the process.

I will continue to help others like me because no child should grow up feeling as depressed as I was.

Not all of us have a good support system and being stateless just makes us more vulnerable to social problems, ” she added. 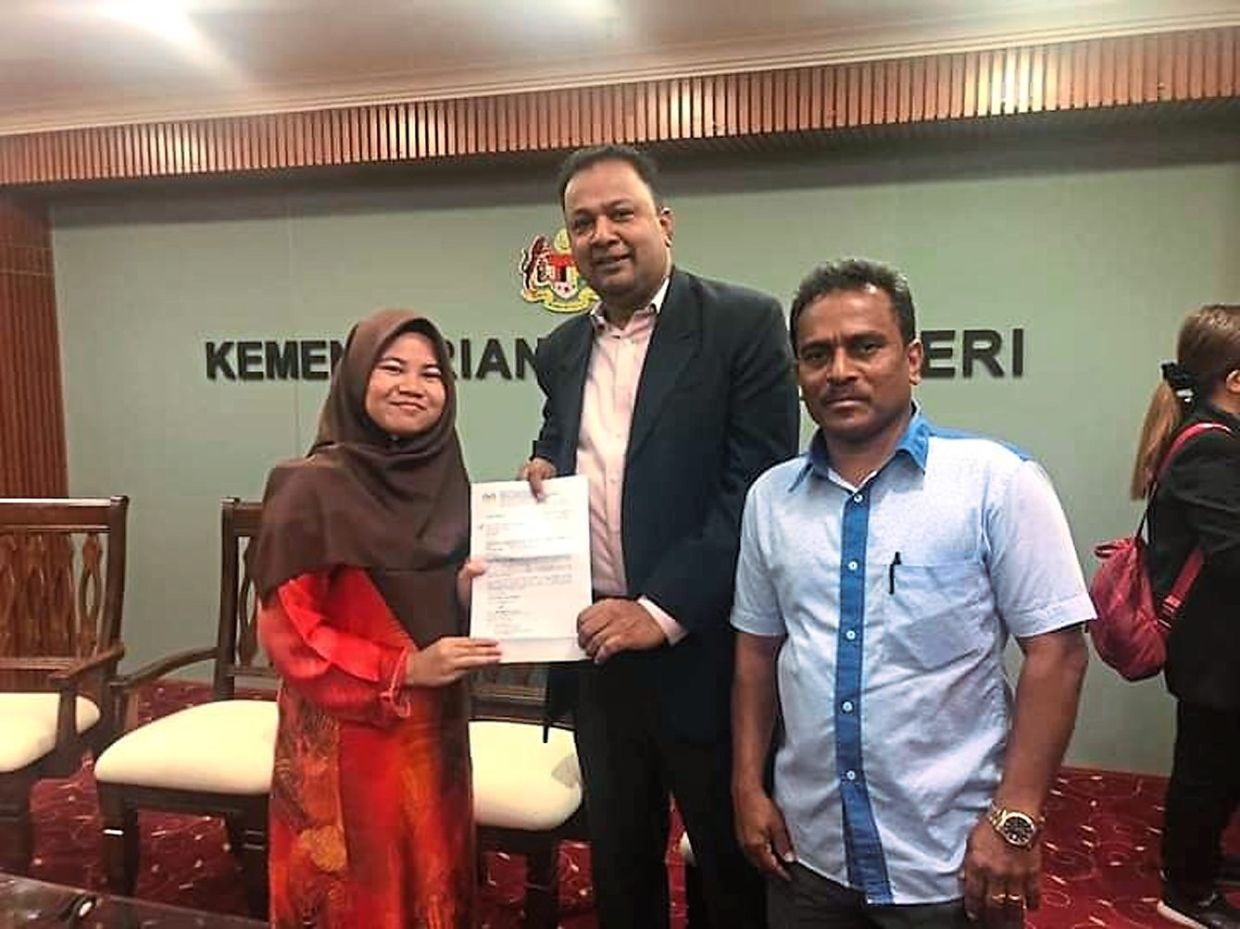 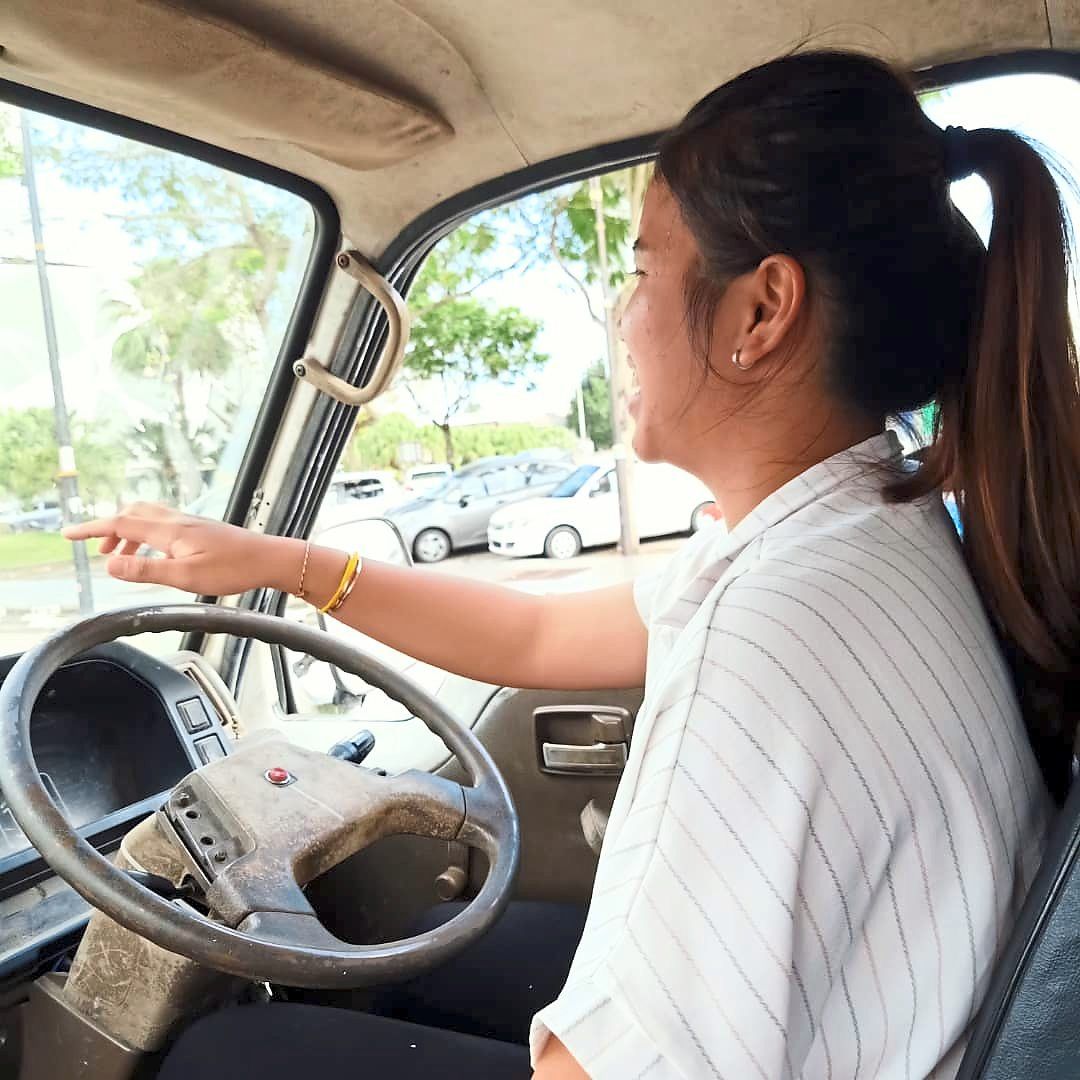 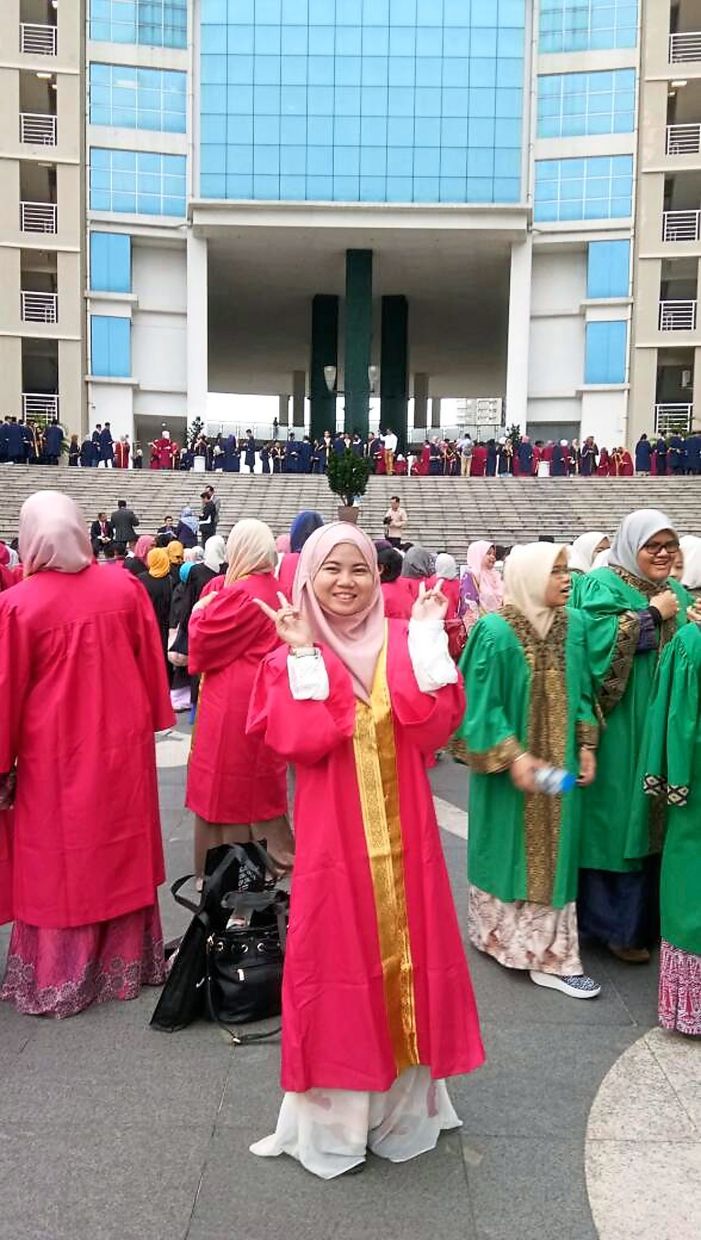 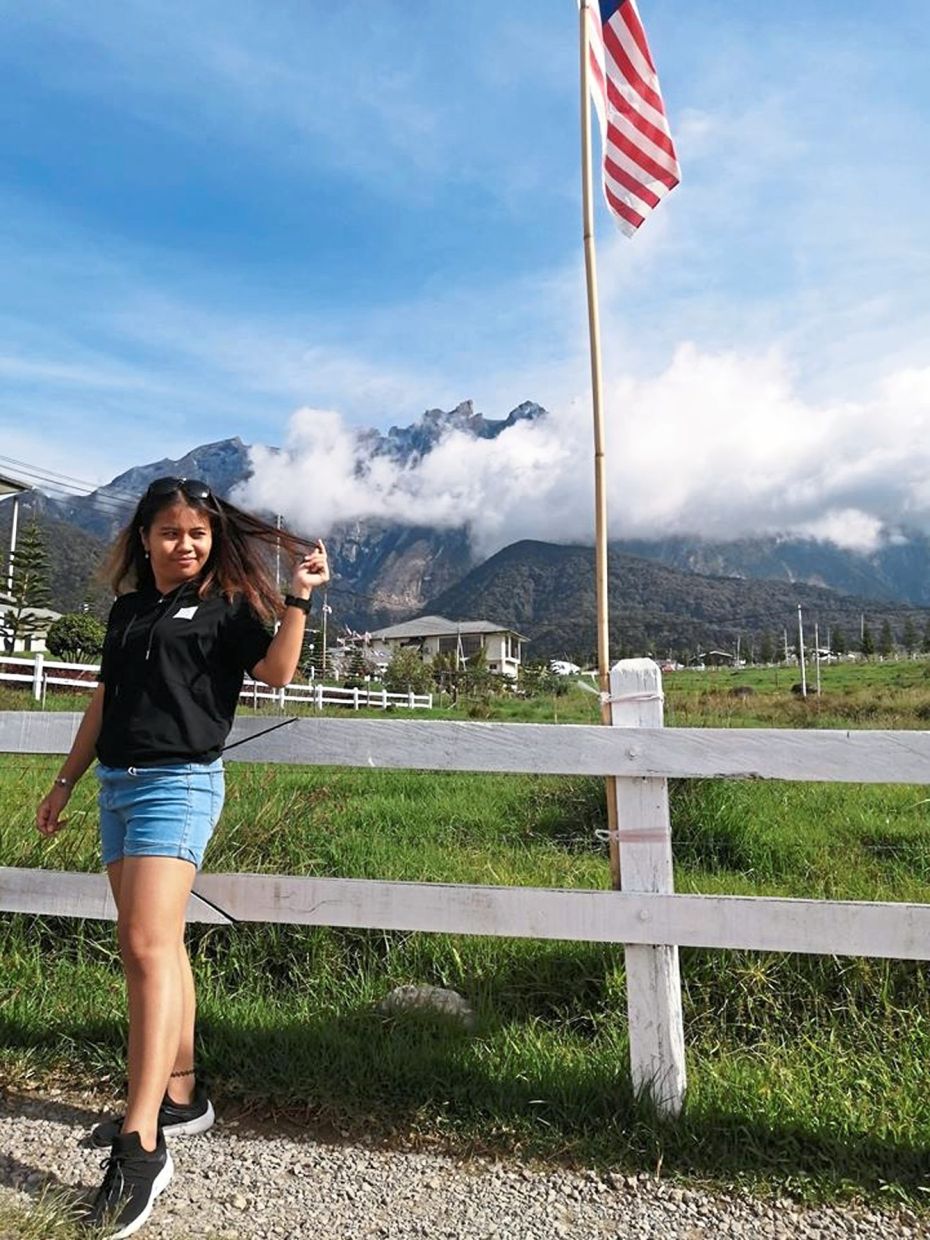 Roisah beaming with pride upon receiving her citizenship document at the Home Ministry. She was accompanied by Sathiyamurithe (right).

Sheu, a construction project coordinator, is now able to drive as required by her job.

As a stateless, person, Roisah had to pay a levy to pursue her formal education.

(Above) Sheu boarded a flight to Sabah, where her grandparents lived, for the first time after she received her citizenship in August last year.