Long wait to cross the road

THE film crew shooting a video in Penang to promote awareness of zebra crossings without pedestrian traffic lights got a taste of how incorrigible local drivers can be.

It took over 20 takes and many hours before they recorded the footage they were waiting for.

Motorists and motorcyclists finally stopped and waited for a mother and child to cross the road without the aid of traffic lights.

The crew had nearly given up.

“Only when we were just about to stop shooting did we record a scene in which all the cars and motorcycles fully stopped for the mother and child, ” project coordinator Sean Lee said.

The scene was shot at the zebra crossing with no traffic lights along the busy Burma Road stretch near the Pangkor Road junction.

Instead of pedestrian traffic lights, this zebra crossing has long stretches of zigzag lines painted on the road to make motorists aware that they are approaching a zebra crossing.

The other five zebra crossings with such zigzag lines in George Town are in Light Street (in front of the State Legislative Assembly building), Beach Street (near the junction with Bishop Street),

Lee said the production crew had their own car and the driver would be on the lane closest to the actresses — a woman and a girl — waiting at the zebra crossing.

“Our car would stop, and then sometimes other cars would honk at our driver.

“Sometimes motorcyclists would keep going, or cars on the other lanes did not stop and our actresses could not cross the road, ” said Lee.

“In Malaysia, the pedestrian has the right-of-way on a zebra crossing without traffic lights.

This is taught at driving school, and maybe many drivers have forgotten that.

“Only in a signalised zebra crossing does the right-of-way depend on the traffic lights, ” Lee explained.

The state has been struggling with motorist behaviour towards pedestrians for many years.

In November 2015, the Penang Island City Council (MBPP) set up a zebra crossing without traffic lights along Farquhar Street close to the courthouse entrance. This was part of the ‘Pedestrian is King’ road safety campaign.

In place of traffic lights, this zebra crossing was marked with two yellow pedestrian beacons that blink 24/7, on either side of the road and two large ‘STOP’ signs drawn on the asphalt.

It did not work.

Lawyers and tourists — the majority of the pedestrians there — found themselves weaving across the road between moving cars that hardly stopped.

Tourists interviewed then had a culture shock because in developed countries like Australia and the United Kingdom, drivers would always give way to pedestrians.

After some time, MBPP finally installed traffic lights for this zebra crossing.

Despite the uphill task, Lee said the state would not give up in its efforts to change motorists’ attitude.

The video of the mother and child trying hard to cross the road is titled ‘Social Environment’.

Earlier, Lee said two other videos had been released.

One was titled ‘Lifetime Waiting’ which depicts a woman waiting at a zebra crossing till she turns senile.

The other video, ‘Superpower’, shows a person waiting at a zebra crossing for so long that he decides to use his secret superpowers to teleport himself across the road.

“These videos are meant to make people think about pedestrians and see it from their perspective.

“We hope we will eventually reach a tipping point and change the culture, ” he said.

The videos will be screened in cinemas before movies begin and on social media too, he added. 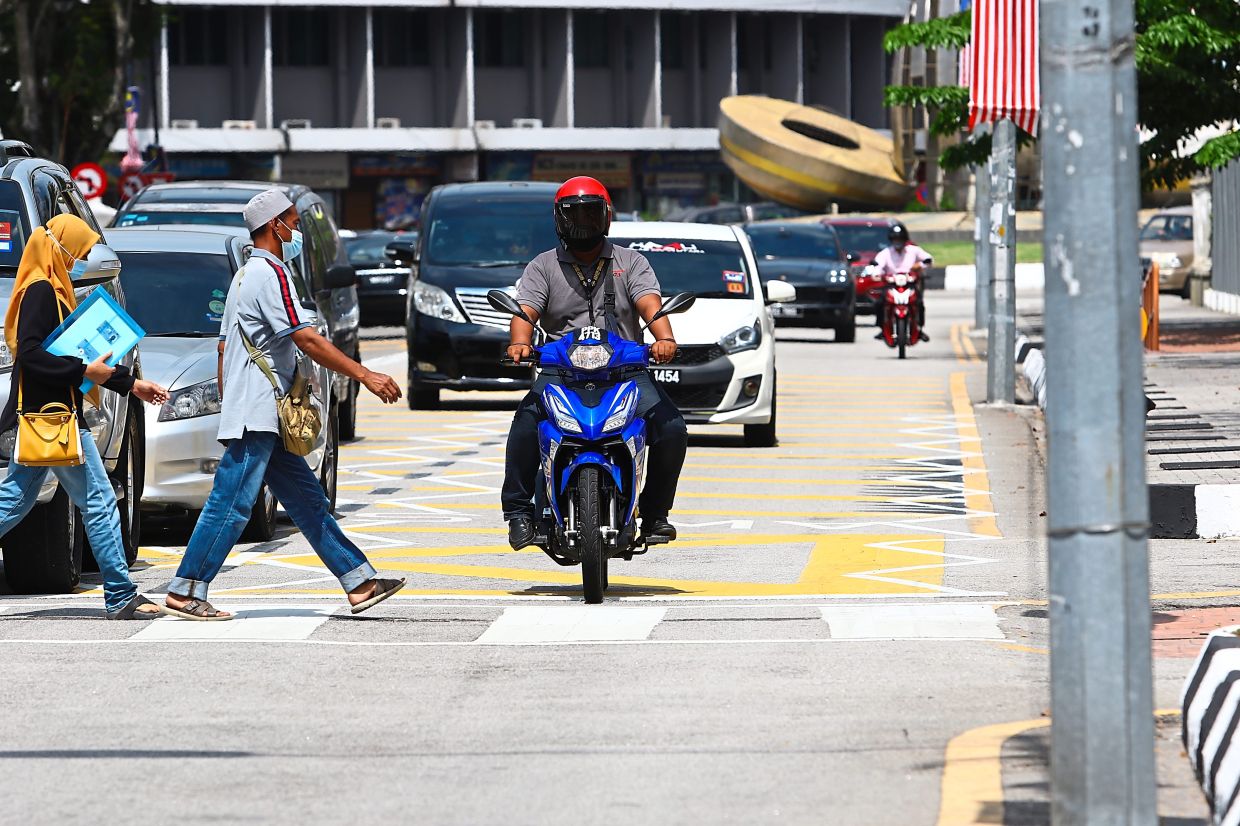 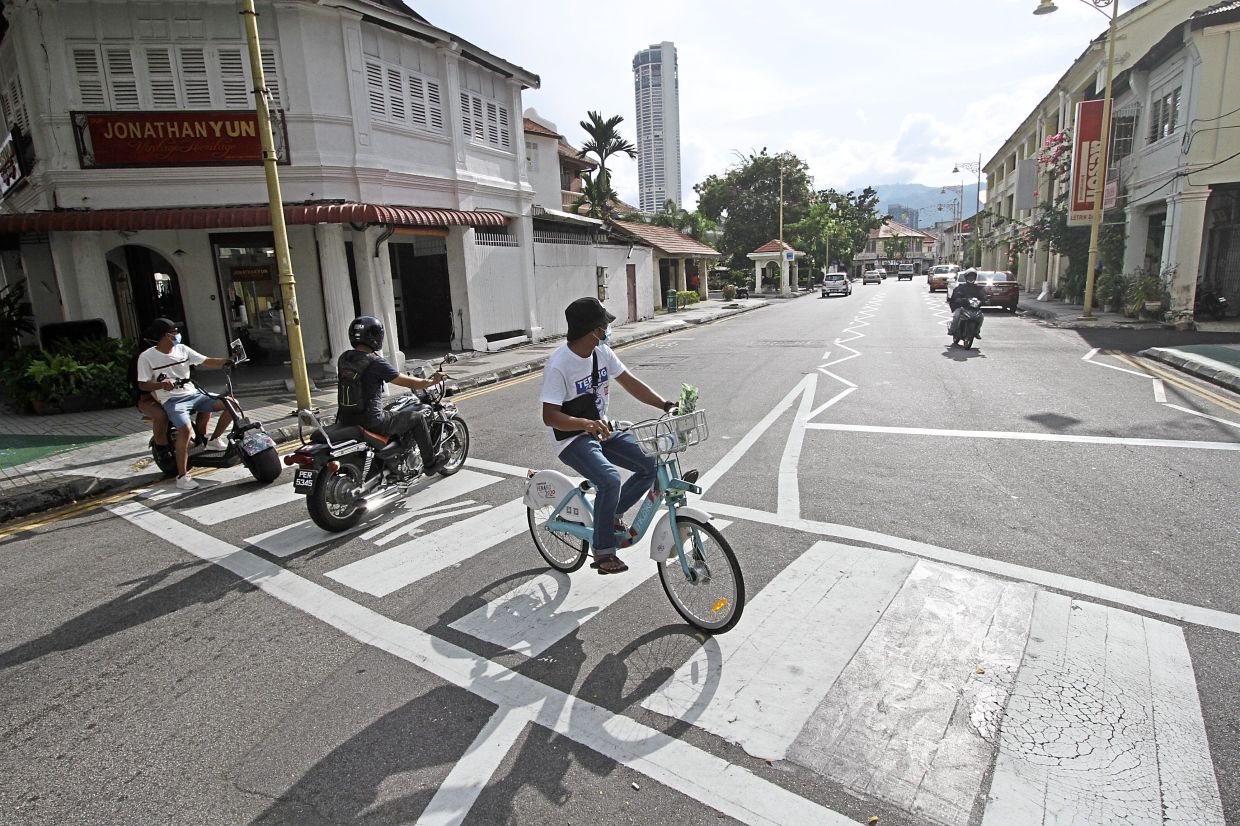 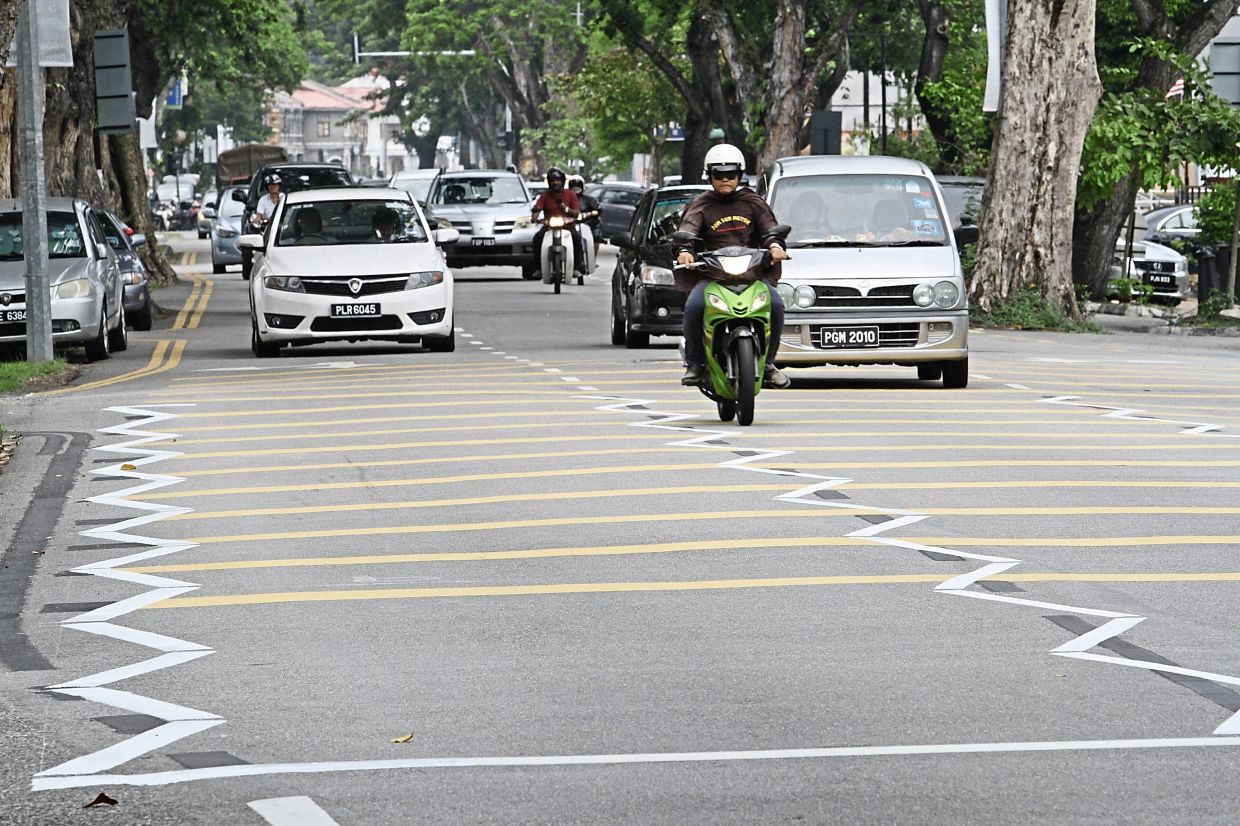 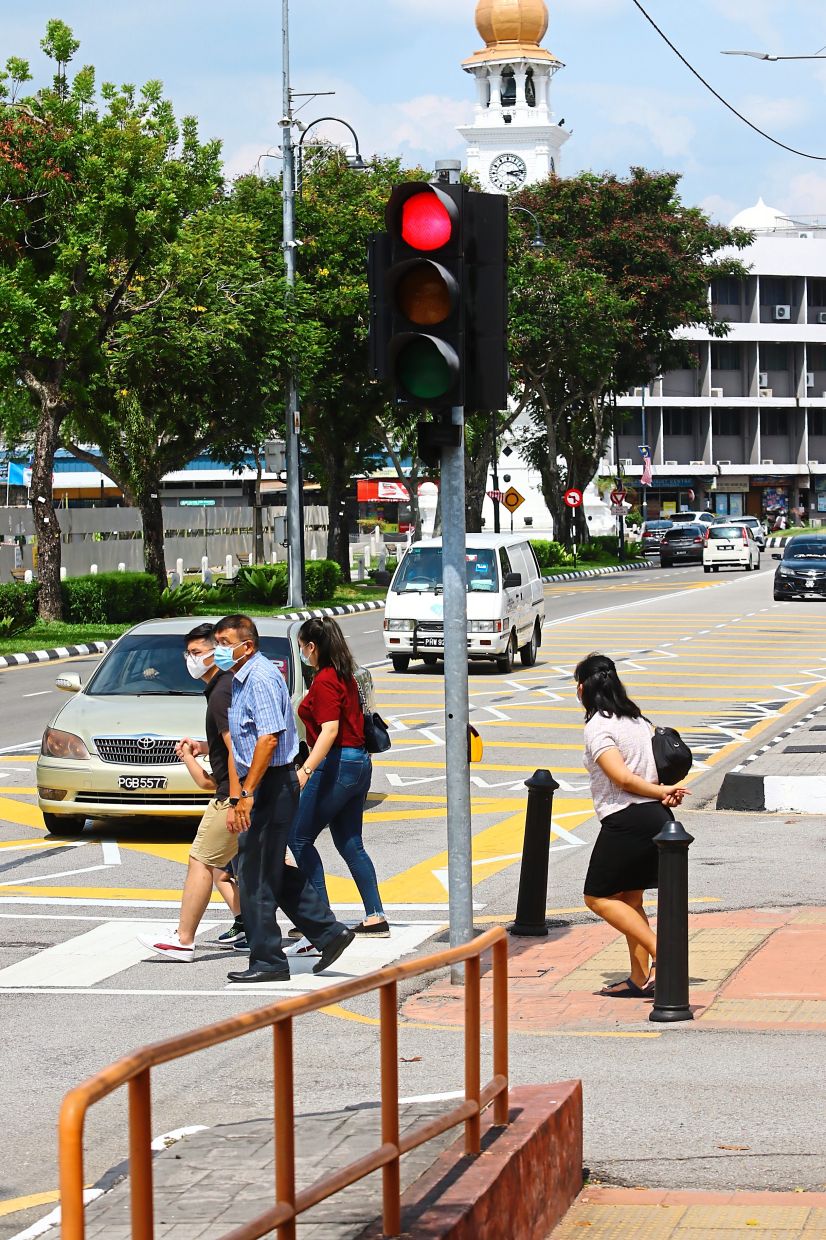 A motorcyclist not stopping for cyclists who are using a zebra crossing in Jalan Kampung Kolam, George Town. There are zigzag markings and yellow beacon lights to alert vehicle users.

A pedestrian crossing the road with zigzag line markings leading up to the crossings for the pilot project in front of the Malaysian Buddhist Association in Burmah Road, George Town./Picby:CHAN BOON KAI/The Star/3 October 2019.

The zigzag line markings leading up to the crossings for the pilot project in front of the Malaysian Buddhist Association in Burmah Road, George Town./Picby:CHAN BOON KAI/The Star/3 October 2019. 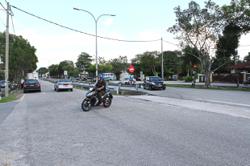