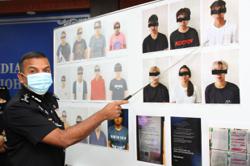 JOHOR BARU: The number of people falling prey to loan sharks is expected to increase steeply in the months to come as desperation grows among the public, especially those who have lost their jobs or businesses.

Johor MCA government coordinating affairs chairman Michael Tay said a lot of people were now starting to feel the pinch of losing their jobs, taking unpaid leave or shutting down their businesses during the movement control order (MCO).

“The reality has only started to set in after restrictions were eased and those who have lost their source of income are now finding it difficult to cope with their financial commitments,” he said.

“I have been receiving more calls lately from people who are being harassed or receiving threats from loan sharks as they are unable to pay back the money they borrowed.”

Tay, who is also Johor Baru MCA public complaints bureau chief, said he received such cases almost every day since the MCO started.

“There are times I get five different cases related to loan sharks in just one day during the recovery MCO.

“Most of these loans were taken during the MCO period and borrowers thought they would be able to pay it back in a week or two, but eventually were unable to do so,” he added.

Tay said he expected the number of people seeking help from loan sharks to increase further when the extension for bank loan moratorium came to an end.

“We did not get any cases of loan shark victims during the previous phases of the MCO.

“It was only during this recovery MCO that people are reaching out to us for help in the matter.

“Although we have yet to see a significant increase, we believe that the situation will get worse in the months to come,” he said.

He added that loan sharks might also take advantage of the situation and target more people.

“We urge the public not to fall prey to any ah long because once someone takes money from a loan shark, their life will be turned upside down,” cautioned Ang.

“This is a decrease of 8% compared to the corresponding period in 2019 where some 259 cases were reported.”

He said the highest number of cases this year was received in the month of July where some 50 cases were reported.

“The MCO is one of the factors for the rise in these cases. Other factors that may be related include loss of sources of income and not having any savings,” he said.

He urged the public not to get involved with illegal loans as it would put their lives in danger and cause constant worry.

“The interest rate is too high and it will be difficult to finish paying back all the money.

“Most victims face harassment and threats from loan sharks once they fail to pay back,” said Comm Ayob.