THE Negri Sembilan government has set aside RM1mil to assist 1,818 poor pupils in the state with their school expenses.

Mentri Besar Datuk Seri Aminuddin Harun said the pupils would each receive RM50 every month under the Bantuan Anak Sekolah (BAS) programme for the year.

“The pupils can use the cash to either pay their school bus fare or any other school-related expenses.

“We hope this will help reduce the burden of their parents,” he said, adding that the number of pupils who received the aid last year totalled 1,230.

Aminuddin said there was a sharp increase in the number of recipients as the state government decided to include poor students who were in Form 1 this year.

“The number of recipients has increased by almost 48% because of this.

“We will try to help more poor families in the future if we have the means to do so.”

He said the recipients were picked by the state Education Department upon recommendation by their respective schools.

The money, he explained, would be channelled to the elected representatives’ coordinators who would then distribute it.

“We have already issued payment to the wakil rakyat and our coordinators, and they will start giving out the cash soon,” he added.

Aminuddin said the highest number of recipients were from the Rembau parliamentary constituency with 364, followed by Kuala Pilah (300) and Jelebu (251). 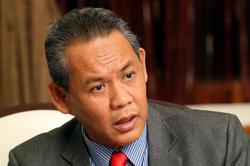 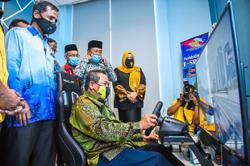