THE Environment Ministry recorded some 20,000 cases of blockage in sewer pipelines during the movement control order (MCO) between March and June.

The main cause was hardened fat, oil and grease (FOG) that came from food waste, cooking oil and sauces.

“Poor management of FOG will eventually block water flow, resulting in the sewage to overflow onto the ground, into buildings, waterways and rivers.

He witnessed the signing ceremony between IWK and Nusa Baiduri Sdn Bhd for IWK to provide FOG desludging service for the latter, which is responsible for maintaining Republik Damansara Heights in Kuala Lumpur.

The inking of the three-year agreement demonstrated the commitment of Nusa Baiduri and Republik Damansara Heights for being one of the earliest industry players in responding to the government’s call to use IWK’s FOG trap system desludging service.

“We are excited to enter into an agreement with Nusa Baiduri to provide our desludging service for their FOG trap system,” said IWK chief executive officer Narendran Maniam.

“It is crucial to manage FOG as raw FOG will coat the interior surface of the pipelines if it is discharged into the sewerage system directly and over a period of time, it will harden and restrict wastewater while damaging the pipeline and polluting the environment.

“Hence, we expanded our business into this area, hoping to obtain cooperation from all food and beverage outlets, restaurants, and malls to be responsible in managing the disposal of their FOG and preserve the environment.

“The FOG can potentially be converted into environmentally friendly biodiesel fuel that serves as an alternative fuel produced from renewable resources, a project which is under development stage,” added Narendran.

“We hope that this collaborative effort will create awareness of being a responsible business owner and proper management of FOG is necessary to prevent the adverse environmental impacts,” he said.

Masrizal commended IWK for being one of the best choices for desludging service, as IWK ensured that all oils and grease removed were disposed of according to the requirements of Environment Department.

IWK is also an organisation recognised with several ISO certifications, including the Environment Management System (ISO 14001:2015).

All IWK tankers are equipped with the Vehicle Monitoring System (VMS) to monitor the vehicles’ movement.

Housing and Local Government Ministry has made it mandatory for all eateries to instal, service and desludge grease traps at their premises as a requirement for renewing their business licences. 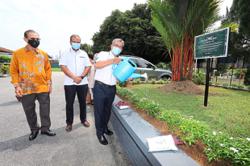 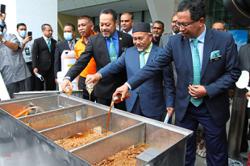 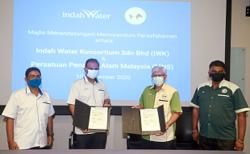 Adopt a tree for RM140 at eco park