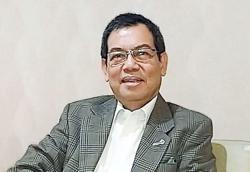 Landscaping and beautification works being carried out along Sungai Segget.

JOHOR BARU: The completion of the Sungai Segget landscaping and beautification project is expected to be delayed because of the Covid-19 pandemic.

Iskandar Regional Development Authority (Irda) chief executive officer Datuk Ismail Ibrahim said work on the project started at the end of 2019 and was expected to be completed in 18 months.

He said it was likely to be delayed by another six months, from the original deadline.

He explained that work was stopped halfway when the movement control order (MCO) was imposed on March 18 to contain the spread of Covid-19.

“But the workforce at the project site was reduced by 50% under the standard operating procedures (SOP), ’’ said Ismail.

He said workers involved in the project were required to undergo health screening test and only allowed to work if they were free of Covid-19 symptoms.

He added that machinery and equipment used on the site were put away at the storage yard throughout the MCO and only transported back to the site on June 10.

Ismail said Irda would work closely with Johor Baru City Council (MBJP) and the state government to facilitate the project.

He said the landscaping works marked the third phase of the rehabilitation and rejuvenation project of the river.

Some RM240mil has been allocated for the project, including a centralised sewerage treatment plant (CSTP).

Cleaning of the river was completed in December 2016.

“We will embark on a second CSTP for residents and businesses in the area upstream from the river under phase four of the project, ’’ he said.

He said there was a need for the second CSTP in Johor Baru in anticipation of development taking place within the city centre, to support sewerage discharge.

“The project, including flood mitigation measures under phase one and two, has proven to be effective in preventing flash floods in downtown Johor Baru, ’’ he noted.

He said the last flash floods in downtown areas of the city occurred in 2015, during construction while the worst took place in 2007 and 2008, before the start of the project.

The rehabilitation and rejuvenation of Sungai Segget, which flows parallel to Jalan Wong Ah Fook in downtown Johor Baru, is the focal point of the redevelopment project of the city centre.

The 1.4km-long and 23m-wide Sungai Segget was identified as one of the dirtiest rivers in Malaysia before it was rehabilitated.

It was covered up and turned into a pedestrian mall in 2005 at a cost of RM6mil. 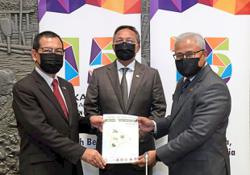