AS LIFE and businesses have adjusted towards the new normal during the recovery movement control order (MCO), buskers have started to perform again, mostly around popular shopping centres in Kuala Lumpur.

Sitting on a chair on the walkway within Sogo complex in Jalan Tuanku Abdul Rahman was disabled karaoke busker Nurul Shakina Teh Abdullah, 44, who was singing numerous Malay songs as well as a few English and Chinese songs with her powerful voice.

“I just started singing again after not being allowed to perform here for some time.

“I was short of money when MCO was imposed since March 18 as I could not perform, but thankfully there were people who were willing to help.

“I also received the stimulus package for the disabled from the government, ” said the former Paralympic swimmer, who started off as a karaoke busker four years ago. Buskers Syamel Baqtiar, 30 and Islah, 35 from the band Cakial are happy to be back performing again during the recovery MCO period.

Equipped with a speaker, microphone and minus-one tracks, she would usually sing for around two hours, and some of those passing by would drop money into her collection box.

“I hope the situation with the Covid-19 pandemic gets better soon so that all buskers can make a living, ” she said.

Over at Avenue K, Syamel Baqtiar, 30 and Islahudin, 35, who formed the band Cakial, are also happy that they are finally able to perform outside their home again.

“I felt relieved when the government announced that indoor busking was allowed, because we had no income during the MCO, but now we have managed to make some money, ” said Syamel. The duo have been busking again since the recovery MCO started on June 10.

Syamel said they could only busk indoors, and shopping malls limit the duration of their performance to only two hours, but he was relieved that they could earn some income compared to the times during the early days of MCO in March, April and May.

“Sometimes we get RM20 only from the collection, other times it can reach RM100 or RM200; it depends on the number of people and on what day we are performing.

“Sometimes although there is a bigger crowd, our collection isn’t that much, ” he said.

Not being able to busk in front of the public during the earlier phase of the MCO, Cakial resorted to online busking via social media platforms.

“We made videos of our duet and uploaded it on Facebook, as well as did live performance on Facebook and Instagram, ” he said, adding that sometimes they would also collaborate with other buskers.

“We want to deliver music to people.

“Our medium is sound, and there is a message that we want to convey through music.

“While doing what we love, we are also earning an income, ” he said, adding that he and Islahudin had been full-time buskers since 2012.

At Ansa Hotel in Bukit Bintang, a full-time busker Aliff Redza, 28, was strumming his guitar and singing with his friend.

“I feel really good because we have been singing at home for a long time, ” he said.

He and his other busker friends were also performing online during the MCO, and some of them were producing or writing songs.

But, he said, it was not the same since there was no direct connection with the audience.

“It is different when we sing in front of the camera, and even if there are online viewers, it is not the same because we want face-to-face interaction with the audience.

“It feels great when we perform outdoors, ” he said, adding that for him, busking was a means of survival.

“It is a platform for us to showcase our talent.

“We decide on the songs to be performed.

“We also organise shows and invite other performers, ” said Aliff.

He started performing in a public venue again when the government announced that busking was allowed during the recovery MCO.

And under his organisation Malaysian Buskers Club (MYBC), they have proposed their own SOP guidelines to the government.

“Usually there are outdoor performances, but now it is not allowed yet because we are not able to control the crowd.

“If it is inside a shopping centre or a hotel, we are able to manage the crowd better, ” he said.

“Currently only a maximum of three people are allowed to perform at any one time and we have to remind them to keep one-metre distance from each other.

“Sometimes there are people from the crowd who like to sing together with the buskers, but for now this is not allowed under the SOP, ” he said.

“During this current recovery MCO phase, no open-air entertainment performance such as outdoor busking is allowed by DBKL.

“As for indoor performances, they are subject to permission from the owner of the premises and do not come under DBKL’s jurisdiction.

“So far we have not received any reports that buskers are performing on the streets.

“If we get information about any such situation, we will seek assistance from the police for 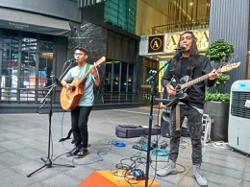 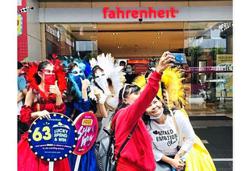