No go for harmful products

Maqis officers checking a consignment of agriculture products that was rejected at Port of Tanjung Pelepas as import guidelines were not met.

JOHOR BARU: All 16 entry points into Johor are closely monitored, with thorough checks on imported agriculture products to prevent diseases and pests from harming the people and the agricultural sector.

Johor Malaysian Quarantine and Inspection Services Department (Maqis) personnel are the frontliners who check on agriculture products being brought in or taken out of the country.

Johor Maqis director Nur Afifah A. Rahman said similar to the Covid-19 pandemic that was harmful to humans, diseases and pests could harm plants and animals.

“As such, we have to be vigilant and prevent items that pose a risk from entering the country, ” she explained during an interview.

She said Maqis personnel were especially monitoring and checking on livestock brought into Johor.

“We want to prevent viruses such as African Swine Fever, African Horse Sickness and mango seed weevil, a type of pest that lives inside mango seeds, from being brought in.

“We ensure the meat, fruits and livestock imported have permits and health certificates, ” she said, adding that for poultry a halal certification from the country of origin was a must as well.

“We are being vigilant at our borders to protect the agricultural sector.

“Viruses and pest can be detrimental, with serious consequences for all, ” said Nur Afifah.

She noted that banana and papaya farmers had been hit badly by pests in the past.

She said Maqis, formed in 2008, was a one-stop centre comprising five agencies under the Agriculture and Food Industry Ministry.

“Our role is to carry out inspections at the border and submit findings to the relevant agencies as they have the expertise or laboratories to carry out tests and take the required action, ” said Nur Afifah.

She added that Maqis had quarantine centres at KL International Airport, Penang, Perlis and Kelantan.

She said Maqis worked closely with forwarding agents involved in the import and export of agricultural products and livestock.

“So far, some of the cases detected involved issuing compound notices.

“The items were being brought in without import or export permits and false declarations.

“We also had cases where the import and export conditions or requirements were not met, ” she cited.

“When we find threats of diseases, pests or contamination, the items are seized and immediately destroyed.”

She said 88 compound notices had been issued so far this year, compared to 96 last year.

She highlighted that prior to 2019, legal action was immediately taken if any item was found to pose a risk.

“Maqis helps to facilitate the movement of agricultural items in and out of the country.

“We inspect and certify them before they reach Customs officers, ” she explained.

Prior to that, she was attached to DOF for 15 years.

She said the 72 personnel in Maqis who worked round-the-clock at the entry points had basic knowledge of agriculture. 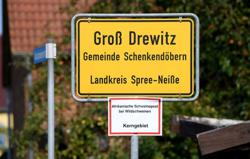 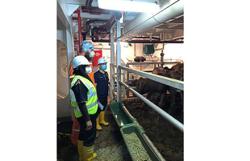