Wa (right) and Balaratnam (third from left) assessing the damage as Subramaniam (left) looks on.

A FORMER Public Works Department (JKR) employee is seeking assistance from the public to repair his dilapidated house in Wah Loong Baru, Kampar.

D. Subramaniam, 82, said the roof of his house was leaking in several parts and hoped to have it repaired.

“I have been staying here for 20 years.

“The roof was damaged a few years ago after a thunderstorm, with some awning pieces blown away,” he said.

“I have long retired and only receive RM500 every month from my pension. I cannot afford to fix the damage,” he added.

Subramaniam also said that electricity and water supplies to his house had been cut.

“They were cut off two years ago when I could no longer afford to pay the bills.

“I have been relying on rainwater since,” said the bachelor who has no relatives.

Perak MCA Youth chief Daniel Wa, who visited Subramaniam with Kampar MIC chairman R. Balaratnam, said he would set up a donation drive to help him repair the house.

“The target is to get RM10,000 to fix the roof, some parts of the wall and the window grilles. I hope some good Samaritans will help him.

“I suggested that he stay with a Welfare Department-registered institution but he declined,” he said.

“We will try to get the utility supplies reconnected and apply for welfare aid for him,” he added. 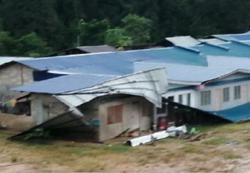 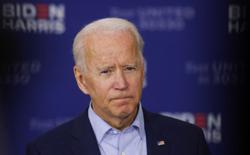