Market to reopen this weekend

The new site for the market at Taman Indah.

SIBU: Pasar Tamu Taman Indah will start operating on Aug 1 instead of November as proposed earlier.

Sibu Municipal Council (SMC) chairman Clarence Ting said every effort would be made to ensure the Sunday market flourished like it did at its old site at Jalan Mahsuri.

He said a number of traders were against relocating to the new site as they feared poor business.

“Some traders have reservations that the new location is too far from the town centre and it will prevent people from patronising it.

“They fear that because of the lack of public transport options to the new site, some people cannot go there,” he added.

Ting, however, said if the Taman Indah site proved to be unsuccessful, SMC would find an alternative site for traders.

“Over the last 20 years, the Sunday market has grown to be an integral part of Sibu and become a place people flocked to during the weekend,” he said, adding that SMC wanted it to continue doing well.

A dialogue was held on July 24 between SMC, 70 traders and Bukit Assek and Pelawan assemblymen Irene Chang and David Wong respectively, at SMC public library to address traders’ concerns.

“Their main concern is they will lose customers and the new site is more difficult to get to by public transport.

“The public, traders say, will want a market that was nearer for them,” said Ting.

He said the decision to relocate the market was made after consulting with Nangka assemblyman Dr Annuar Rapaee, Sibu Resident Charles Siaw and the police.

At the dialogue, Ting said the previous Sunday market venue was not big enough to accommodate all the traders.

“SMC was hard-pressed to find a suitable site and Taman Indah was an ideal place that could take 114 traders,” he said.

He added that these traders would be issued temporary permits.

“All these years, the traders have been operating every Sunday on a first-come-first-served basis because of the limited space available.

“This time, through their permits, they will be allocated a fixed location,” he said.

The Sunday market has been closed since March 18, when the movement control order came into effect. 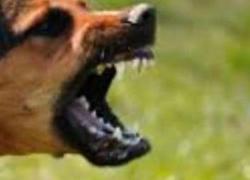 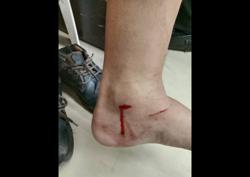