A enforcement officer checking the refrigerator of a dim sum restaurant in Penang. - Filepic

THE state government should increase penalties on dirty food factories and eateries, said the Consumers Association of Penang (CAP).

Its president Mohideen Abdul Kader urged the Penang Island City Council and Seberang Prai City Council to consider increasing the fine to “not more than RM15,000”.

“A fine of RM2,000 is a small amount to a restaurant chain that has a daily income exceeding RM15,000, ” he said in a recent statement.

“This is probably the reason why some eateries dare to flout the bylaws time and again.

“As for factories that are under the jurisdiction of the Health Department, we urge the government to consider raising the fine to RM30,000 in view of the factories’ lackadaisical attitude and the possible negative health impact on the consumers. 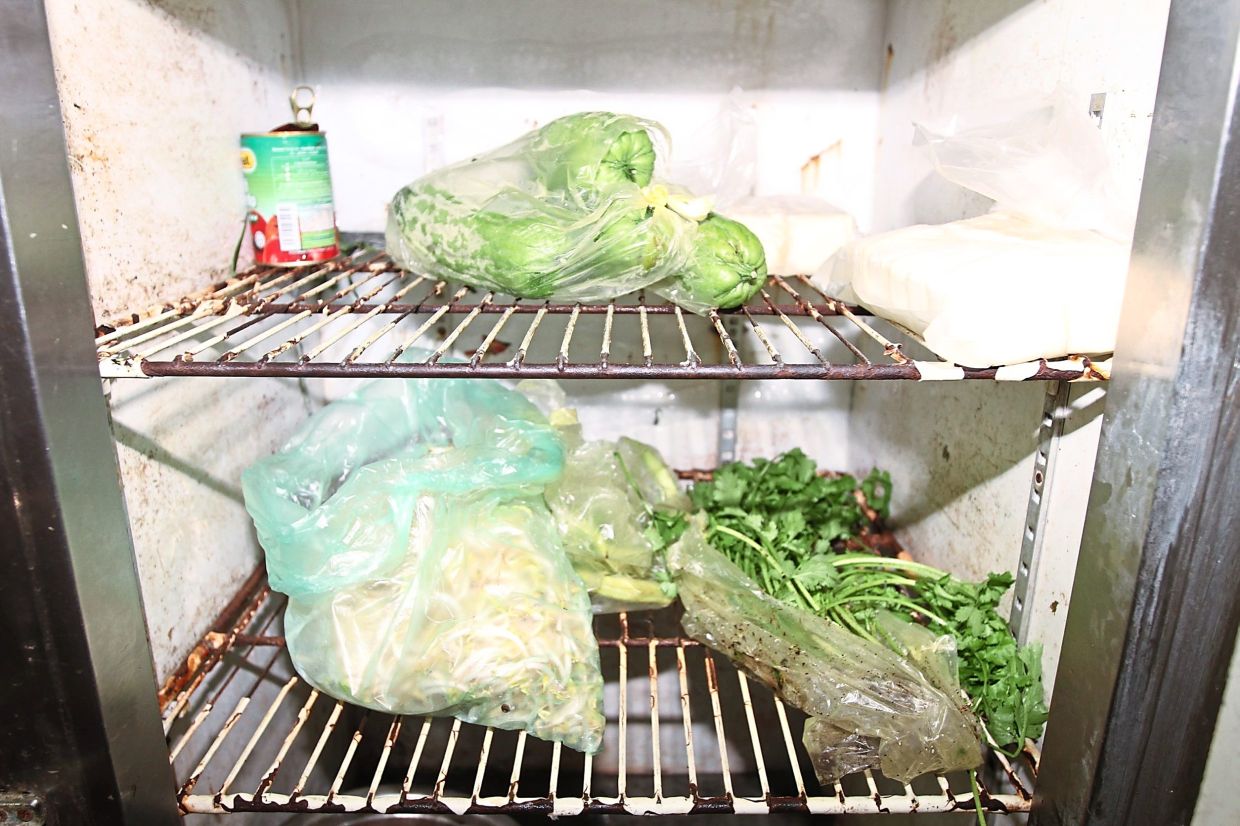 Vegetables stored in a dirty fridge at an outlet in Kepala Batas.

“In recent media reports, four food factories in Penang were told to cease all operations for two weeks in accordance with Section 11 of the Food Act 1983.

Mohideen urged the authorities to check on all food factories to ensure that they meet a high standard of hygienic food manufacturing practices.

“We have been calling for the authorities to monitor food manufacturers for decades but it appeared that raids are carried out only irregularly, thus emboldening some factories to violate the law.

“We are of the opinion that the Food Act 1983 should be amended as Section 11 does not serve as a deterrent.

“The penalties are grossly insufficient, taking into consideration that a huge number of people can be affected by the distribution of contaminated food. 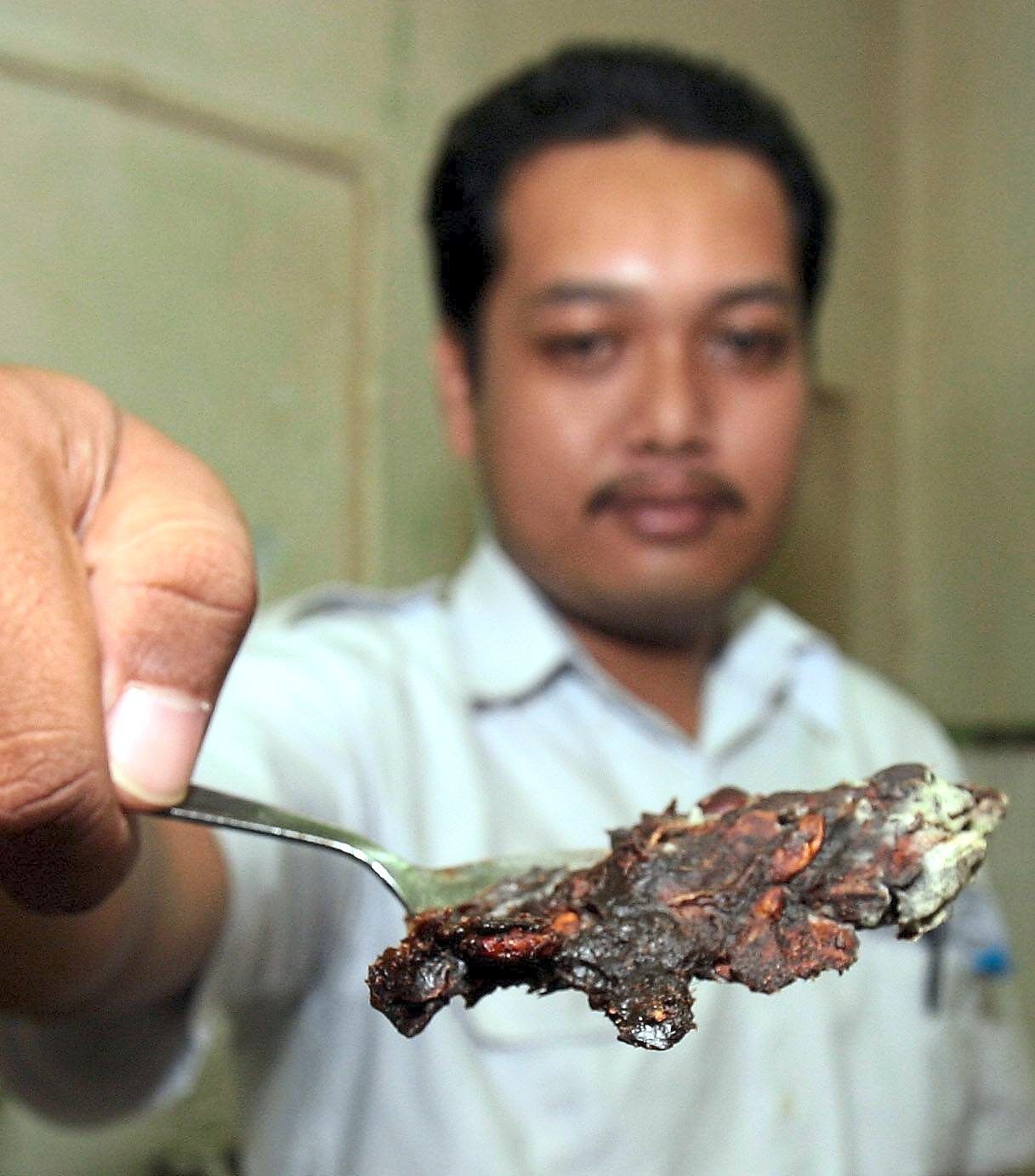 An officer showing spoiled tamarind paste found at an outlet in Macalister Road (left pic) while authorities found cooked chicken placed next to the trash can at a nasi kandar restaurant in Kepala Batas. — Filepic

“One example is the loh see fun poisoning in 1988 that killed 13 children and caused adverse health effects on others in Perak, ” said Mohideen.

He acknowledged that the councils’ power is limited to handing out compounds to dirty food outlets.

“As of now, only the Health Department has the power to close down illegal and dirty premises under Section 38 (1) of the Food Establishment Act Bylaws 1991.

“In 2013, Penang Island City Council requested the Health Ministry to grant them the power to close dirty eateries.

“We support this as there are many illegal and dirty premises as well as repeat offenders. “In the past, CAP highlighted many eateries which placed food on the floor and some that prepared their food next to the toilet.

“Food outlets have been found to be infested with rodents and other pests.

“Other potential health hazards are the overstuffing of their refrigerators or freezers, and storage of processed food together with raw meat. This increases cross-contamination.

“Such filthy and unhygienic practices put the customers of these eateries at risk of food poisoning and they tarnish the name of the food industry, ” he said.