Beccari was the first foreign scientist to collect and describe many of the gigantic dipterocarp trees of the forest. — Filepic

KUCHING: A new nature trail will be launched at Kampung Matang here to mark the centenary of the death of Italian explorer and botanist Odoardo Beccari, who came to Sarawak in the 19th century.

The Beccari Discovery Trail is opened by the Friends of Sarawak Museum (FoSM), a local heritage NGO, in collaboration with the state Tourism, Arts and Culture Ministry.

“Beccari arrived in Sarawak on June 19, 1865 as a 22-year-old with a passion for scientific discovery,” FoSM said in a statement.

“He became acclaimed as a leading scientist in his day, due to his contribution to scientific knowledge gained from his collections made in Sarawak.”

During his two-year stay in Borneo, Beccari collected and documented over 4,000 specimens of plants, insects, birds and animals, including orang utan, at Matang and other parts of Sarawak.

The new 3.2km nature trail follows the route of an old cart track up the hillside from Kampung Matang to the site of Beccari’s field hut, where he spent nearly a year studying trees, insects and fungi.

It features 12 interpretation boards providing information on some of the animals and plants along the trail, an abandoned tea plantation which Beccari helped Charles Brooke, Sarawak’s second Rajah, to establish, and Beccari’s field hut called “Vallombrosa” at the top.

“One of the boards highlights Beccari’s findings of the relationship between ants and plants which fascinated him. Another features the diversity of plants, reptiles, amphibians, insects, fungi and so on, to be found along the trail.

“The gigantic dipterocarp trees of the forest, many of which Beccari was the first foreign scientist to collect and describe, feature on another board,” FoSM said. 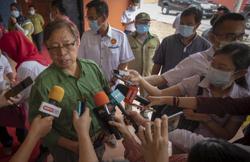 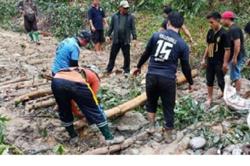 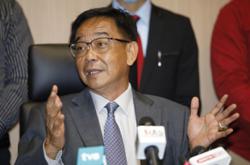