He said the corporation fully supported the Environment and Water Ministry’s (Kasa) plan for states with excess water to share with states facing water shortages.

“Penang has been waiting since 2011 for the scheme.

“This is not a new approach as large-scale raw water transfer schemes exist, such as between Johor and Melaka, and Pahang and Selangor, ” he said in a statement on Tuesday.

He said in 2011, the Penang government and PBAPP proposed the SPRWTS as a raw water solution for Penang until 2050.

He said when Penang migrated to the National Water Services Restructuring Initiative (NWSRI) in 2011, the Federal Government agreed to assume responsibility for raw water resource schemes for Penang.

He pointed out that the state was willing to buy untreated water from Perak via the SPRWTS, but as at Feb 18, Perak was insistent about selling treated water only.

“Unfortunately, Perak’s intent to sell treated water is not in line with the rationale of SPRWTS, which was proposed as a raw water solution, ” he said.

He said a raw water deal would allow Penang and Perak to independently develop water treatment facilities based on specific water demands.

Jaseni said Perak’s counter proposal of jointly investing in a co-owned and jointly managed new water treatment plant in Perak to exclusively treat raw water from Sungai Perak for northern Perak and Penang would be a massive facility because it would have to treat sufficient water for two states at one go.

“It will compel LAP and PBAPP to co-manage one water treatment plant in Perak. This is an unprecedented approach in Malaysia.

“It may cause unnecessary issues and problems arising from the differing water supply policies, priorities and water demand in Perak and Penang.”

Jaseni said Penang projected that Sungai Muda might reliably serve as Penang’s primary raw water resource only until 2025. This means the clock is ticking for Penang and after 2025, Penang may likely face a water crisis.

Jaseni urged Kasa to take the lead and expedite SPRWTS as a raw water solution for the benefit of Perak and Penang. 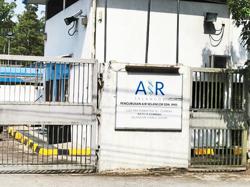 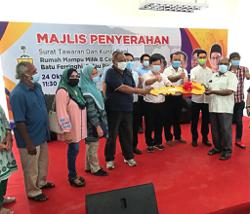