An artist’s impression of Kulim International Airport. The project still does not have major investors according to Muhammad Sanusi.

THE Kedah government will focus on attracting new investments from Muslim countries for its iconic projects, said Mentri Besar Muhammad Sanusi Md Nor.

He said among the Muslim nations to be given attention was Turkey, which enjoys good relations with Malaysia.

He said the decision was made on the advice of PAS president Datuk Seri Abdul Hadi Awang during the party’s government advisory council meeting at Seri Mentaloon in Anak Bukit, Alor Setar.

Abdul Hadi was appointed the Prime Minister’s Special Envoy to the Middle East in April.

“He wanted to get them to invest in our country.

“In Kedah, projects such as the Kulim International Airport, Kedah Rubber City and Special Border Economic Zone in Bukit Kayu Hitam still do not have major investors.

“We should attract more foreign investors, especially from Muslim countries.”

Muhammad Sanusi said Kedah would ensure technology transfer in the process, adding that there would be better collaboration if investors from Muslim countries could be involved.

He, however, said the move to attract investments from Muslim countries was just an option and did not mean rejecting those from other countries such as China.

“Existing investments from China will be continued,” he added. — Bernama 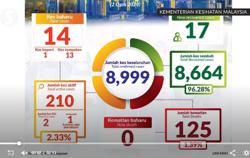 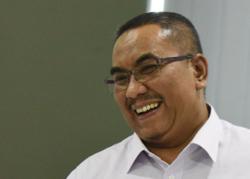