KUCHING: The Sarawak Cultural Village (SCV) is offering discounted entrance fees of up to 50% to boost the local tourism industry in the wake of the Covid-19 pandemic.

“To show our support towards the state government’s efforts to revitalise the local tourism industry as part of the post-Covid-19 initiatives, we are offering several special packages and entrance rates to those wanting to visit Sarawak Cultural Village, ” he said at the unveiling of the rates.

A subsidiary of SEDC, the popular SCV is a “living museum” where visitors can experience the cultures and lifestyles of Sarawak’s diverse ethnic groups.

In replica longhouses and dwellings of the Bidayuh, Iban, Orang Ulu, Penan, Malay, Melanau and Chinese, staff in traditional attire carry out traditional activities and describe their way of life.

Abdul Aziz said entrance fees for Sarawakians were now RM20 for adults and RM10 for children aged two to 12. He said SCV was also offering special entrance fees of RM5 for local primary and secondary school students and RM15 for university students.

For non-Sarawakians, the discounted entrance fees are RM60 for adults and RM30 for children aged two to 12. The previous fees were RM95 and RM60 respectively.

“This package is being offered in conjunction with SCV’s 30th anniversary, ” Abdul Aziz said.

He added that SCV was also offering a special “Family Berami” package for Sarawakians at RM60 for two adults and two children, inclusive of entrance fees, a cultural show and free dance or music lessons, or RM123.60 with lunch included.

The discounted rates and packages will be offered until Dec 31.

“We had visitors from Sabah, Kedah, Johor, Kuala Lumpur and also Kuching in the first three days of reopening, ” she said.

She added that the cultural shows at 11.30am and 4pm daily were now held outdoors instead of in the air-conditioned auditorium.

“Feedback from visitors showed that they support the move to have the performances outdoors, ” she said. 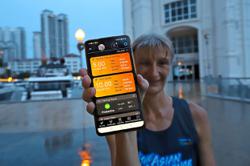