Houses of worship in Johor reopen with stricter measures in place Arumugan putting up a banner that outlines the SOP for visitors entering the Sri Subramaniar temple in Tampoi.

JOHOR BARU: The state government’s decision to allow non-Muslim houses of worship in Johor to reopen starting July 1 has been greeted with relief, though some are still proceeding with caution.

Apart from making sure the premises abide by the standard operating procedures (SOP) outlined by the state and Federal government, some temple managements are also taking extra measures by providing reader-friendly information on Covid-19 at the entrance.

Sri Subramaniar temple chairman K. Arumugan said that its staff have put up information on Covid-19 and the SOP that devotees need to adhere to at the temple entrance as well as on its bulletin boards.

“We want to make sure that devotees not only abide by the SOP here but are also aware of the risk of the disease outside.

“So far, people have been giving their full cooperation and are following the SOP, which includes prohibiting children and the elderly from entering the temple, ” he said when met at the house of worship in Tampoi.

He added that he was relieved with the announcement that non-Muslim houses of worship could now reopen as many devotees had called the temple asking when they would be allowed to visit.

“It was a much anticipated moment for many of us as it has been months since we last visited the temple.

“On the first day of its reopening, a total of 70 people visited the temple, ” he said, adding that a maximum of 40 people were allowed to enter at one time.

Meanwhile, Tiong Hua Association president Ho Sow Tong said that while many were relieved with the reopening, people were still taking extra precautions.

“The number of people attending the temples is lower than before, at least in the first few days of its reopening.

“Many are still afraid to come as they are worried about the disease, ” he said.

He added that based on discussions with several temple committee members, the public has been following all of the SOP outlined.

However, some houses of worship are still opting to remain shut for the time being, to reduce the risk of the transmission of the disease.

Associate pastor N. Crystaline of Calvary City Church said that the church would continue using online platforms for its worship services for now.

“We have started to use social media platforms, such as YouTube and Facebook live since the movement control order (MCO) was implemented in March and the public has gotten used to it.

“We are deciding when to reopen the church. In the meantime, we will still be using the online platforms, ” she said.

In a statement, state unity, trade and consumer affairs committee chairman Dr Chong Fat Full said all non-Muslims houses of worship at green zones in Johor have been allowed to reopen starting from July 1.

“The state government has agreed to make several changes to the SOP given by the National Security Council to suit the needs in the state.

“This includes not allowing children below the age of 12, senior citizens as well as foreigners to enter.

“However, foreigners who are working at the houses of worship are allowed to enter, ” he said.

He added that the premises were also required to inform their respective local councils and the police stations before reopening. 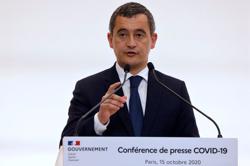 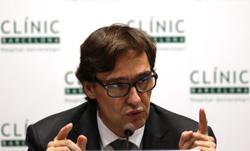