Restoration and upgrading works being carried out at the Town Hall in George Town. — Photos: LIM BENG TATT/The Star

THE RM8mil restoration and upgrading works at the 140-year-old Penang Town Hall at the Esplanade in George Town are estimated to be completed in 18 months.

The project commenced on June 16 this year and is expected to be completed by Dec 15 next year.

Penang housing, town, country planning and local government committee chairman Jagdeep Singh Deo said there would be a total makeover to restore the building to its original shape.

It is classified under Category I of the George Town Unesco World Heritage site. 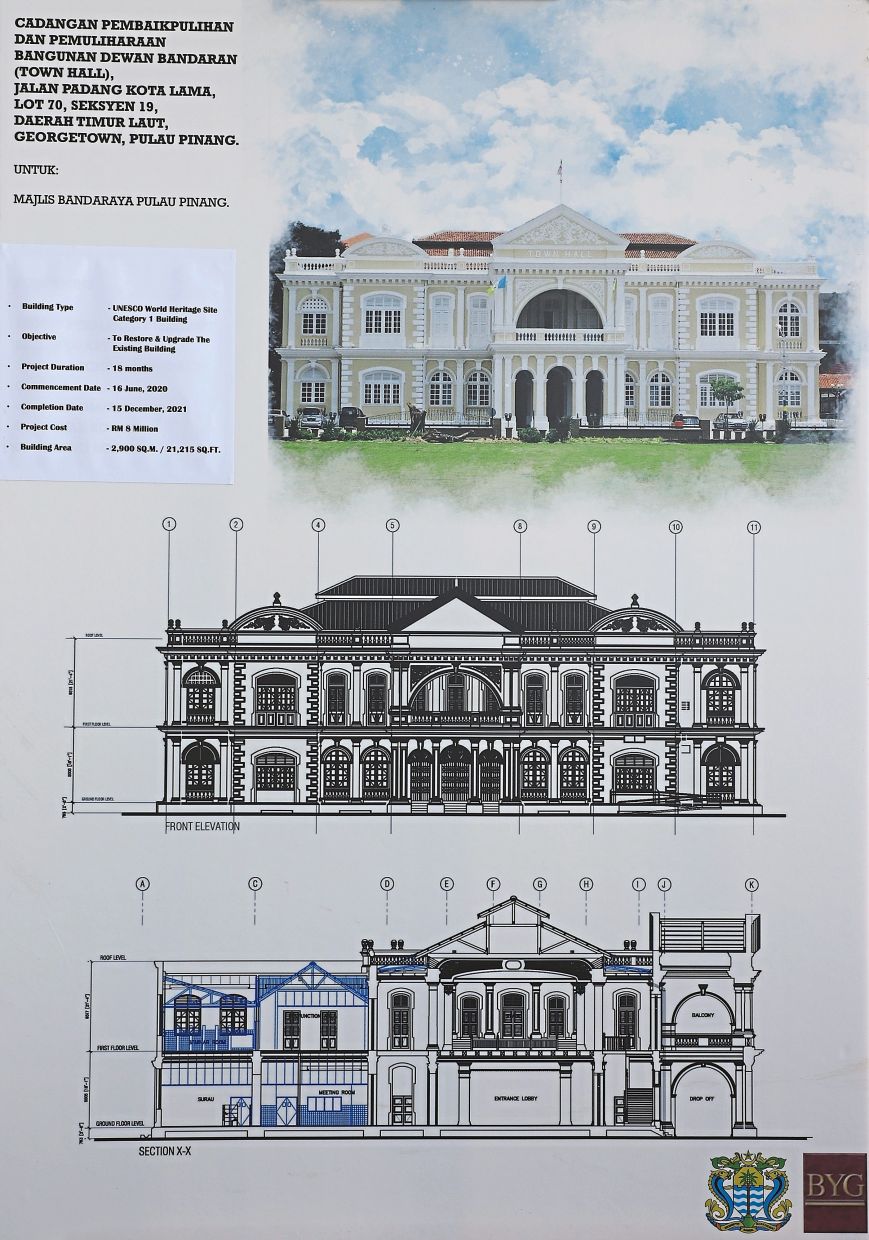 A closeup of the restoration and upgrading plan for the Penang Town Hall building.

“Some of the infrastructure works also include site cleaning and ground works, mechanical and technical works, water piping and sanitary works.

“Since it is a Unesco heritage building, there are strict guidelines to follow and special methods of construction needed to be carried out.

“We have to ensure that all the works comply with the strict guidelines or risk George Town being delisted from the Unesco World Heritage site, ” he said during a press conference in front of the heritage building on Thursday.

The Town Hall used to house the Municipal Commission of George Town, the predecessor to the present Penang Island City Council (MBPP), before it moved to the City Hall next door in 1903. Reporters checking out the restoration and upgrading plan on display.

Jagdeep Singh added that this project was part of the north seafront project in George Town including several heritage sites near the Esplanade.

“The north seafront project include the restoration of the Queen Victoria Memorial Clock Tower along Light Street, the upgrading of the State Assembly Building and Dewan Sri Pinang besides the landscape and restoration works at the Fountain Garden which has been completed.

“As for the restoration of the Fort Cornwallis, two more cannons, believed to be over 200 years old, were discovered recently.

“We are currently carrying out the moat reinstatement project to make sure that it continues to be an interesting and historical heritage site in the future, ” he added.

Meanwhile, MBPP mayor Datuk Yew Tung Seang said one company had been selected through an open tender for this project.

“There were between eight and 10 tenders, whereby we shortlisted five of them before the special committee to make the final decision.

“The Town Hall has been closed for nearly a year now and we are in the midst of planning how to maximise the usage of the building, ” he said. 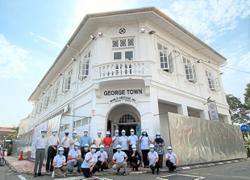