The newly-appointed wildlife rangers taking their oath at the ceremony.

KUANTAN: Armed Forces veterans and Orang Asli will be putting on the mantle of wildlife rangers in an effort to combat encroachment and poaching in national parks and wildlife reserves.

This programme’s objective is to combat encroachment, illegal logging and hunting in hotspots of protected areas in the peninsula, including national parks, wildlife reserves, state parks, permanent forest reserves and Ramsar sites, he said.

“Beginning this year, the integrated enforcement operation will be further strengthened with the appointment of 100 Armed Forces veterans and 50 Orang Asli as contract wildlife rangers.

“In addition to receiving monthly service payments, they will get allowances and given facilities, ” he said at the appointment ceremony at Taman Negara Sungai Relau in Lipis.

“I have been informed that the selected Armed Forces veterans and Orang Asli have undergone basic training from June 20 to 29 at Taman Negara Sungai Relau Pahang.

Shamsul Anuar said he was confident the experience and expertise of the veterans and Orang Asli could improve enforcement effectiveness in tackling illegal activities.

He added that the appointment opened up job opportunities for army veterans and the Orang Asli community. 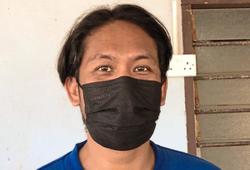