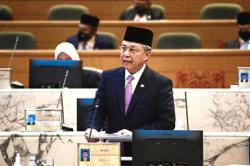 Teachers preparing for the reopening of a kindergarten here in Johor Baru. Pre-schools and kindergartens have been closed since March 18.

JOHOR BARU: Parents are ready to adapt to the “new normal” introduced by the government for the reopening of pre-schools and kindergartens starting July 1.

Businessman Saiful Harith Halim, 33, said the reopening of pre-schools and kindergartens was timely for him and his wife as they had started operating their business again a few weeks ago.

“Although the standard operating procedures (SOP), which requires, among other things, temperature scanning and sanitising of hands and belongings before a child can enter the premises may require extra time in the morning, I have no problems abiding by it, ” he said.

He was confident that they would be well looked after at the kindergarten.

He added that his two children, aged four and six, were also excited to go back to school and meet their friends again.

Shop assistant Ellen Wong, 29, said that although she was worried about sending her six-year-old daughter back to school, she trusted teachers to do the necessary in ensuring her child’s health.

“At first I was a little worried about sending my daughter back to her pre-school but after talking to the teachers, I know that she will be well taken care of.

“I also have no choice as I have to go back to work by the second week of July and no one will be home to take care of my child, ” she explained.

She added that she was prepared to follow all the necessary SOP and believed her daughter would also learn to adapt to the new norm at school. 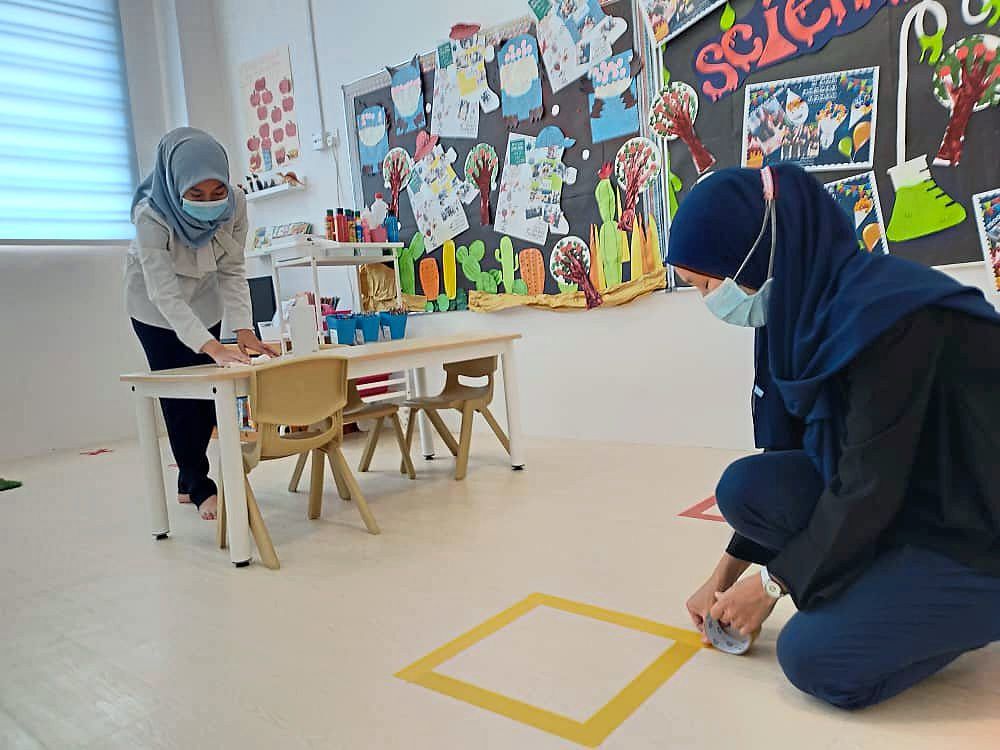 Owner of two kindergartens in Johor Baru, Sa’adah Ahmad said parents had responded positively to the reopening and were willing to abide by the measures outlined by the government as well as the extra steps taken by the kindergarten.

“We have informed parents of all the requirements they need to fulfil to allow their children to resume attending the kindergarten, which includes providing a medical report for the child.

“Some are still hesitant to send their children back to the kindergarten but the majority have confirmed that they will do so come July 1, ” she said.

She added that about 70% of parents had confirmed that they would be sending their children to school and have submitted the documents required.

“Parents who opted not to send their children back to the kindergarten are mostly those who have recently quit their jobs or are taking unpaid leave and can take care of their children at home, ” said Sa’adah, 61.

She said preparations for the reopening of her kindergartens started a few days ago and teachers were briefed on how to conduct classes according to the SOP.

She is also aware of the SOP for mealtimes and playtime that kindergarten operators must adhere to as well.

“Apart from frequent sanitisation and cleaning of common touchpoints in the premises as well as maintaining social distancing, three teachers will be stationed outside to check the temperature of each child.

“We will sanitise their bags and hands, check the children’s temperature upon arrival and ensure their parents have provided the health report, ” she said.

She added that the teachers welcoming the pupils would be wearing personal protective equipment (PPE).

It had been reported that pre-school facilities and kindergartens could resume operations from July 1 and but were subject to strict compliance of health and sanitisation measures.

Senior Minister Datuk Seri Ismail Sabri Yaakob said Education Ministry had tabled the SOP for this matter at a special Cabinet meeting on non-health-related issues about the movement control order on June 15. 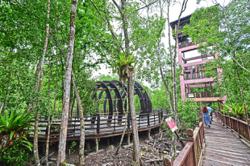