Khoo (centre) exercising with the homeless at the temporary shelter set up at Caring Society Complex. — Filepic

AFTER keeping the homeless safe from the Covid-19 virus for 84 days, the temporary shelter at Caring Society Complex in Jalan Utama, Penang, has shut its doors.

It was set up by the state with the help of Penang Buddhist Tzu Chi Merit Society Malaysia.

The remaining eight homeless people were either sent to old folk’s homes or provided with a flat at a people’s housing project (PPR).

“I was told that the state government helped three of the homeless by providing each with a PPR unit rent-free for six months while they look for jobs.”

He added that more than 40 homeless people stayed at the shelter after it was set up on March 23.

State welfare and caring society committee chairman Phee Boon Poh said that the shelter was set up to keep the homeless safe.

“The first batch of 28 homeless people were found sleeping on cardboard sheets close to each other on the five-foot way around Komtar on March 23.

“They were then given basic health screening before being brought to the shelter,” he said.

Phee said the society performed beyond the state’s expectation as the members motivated the homeless while they were at the shelter and when they left, they stood tall with dignity and confidence.

Khoo said society members counselled the homeless with personal problems and some of the vagrants have since been reunited with their families.

“We also kept them occupied and fit with light exercises.

“Birthdays and Mother’s Day were also celebrated with the homeless at the shelter,” he added. Remembering the homeless this Raya 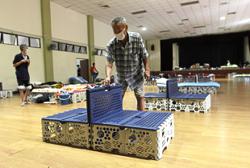 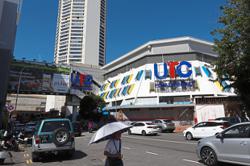